All survive when floatplane crashes on POW 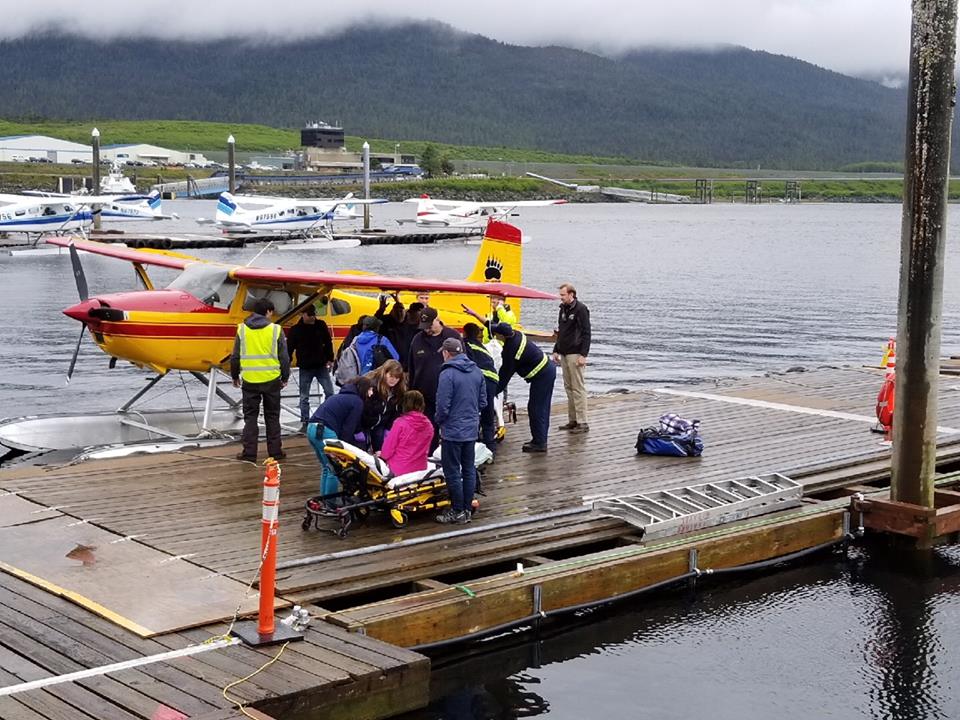 Survivors are assisted by emergency personnel at the Taquan dock in Ketchikan (photo courtesy of the Ketchikan Fire Department).

All seven people onboard survived when a float plane crashed early this afternoon near Dora Bay on Prince of Wales Island.

According to a statement issued by the Ketchikan Fire Department, the aircraft suffered mechanical problems and crash landed.  Fire Chief Abner Hoage says emergency responders were contacted at about 12:45 p.m. Friday saying multiple people were being brought to the Taquan Air dock in Ketchikan.

“There were six (passengers) onboard the aircraft at the time that it crashed and one pilot. All seven were brought back to Ketchikan, and after medical evaluation we ultimately transported two of those passengers to the Ketchikan hospital for further evaluation with minor injuries.”

Hoage says the other five were released at the scene.

The plane is with RdM, a company in Ketchikan that operates Alaska Seaplane Tours. Hoage says the passengers and pilot were transported from the crash site to Ketchikan by an RdM plane and a plane from Taquan.