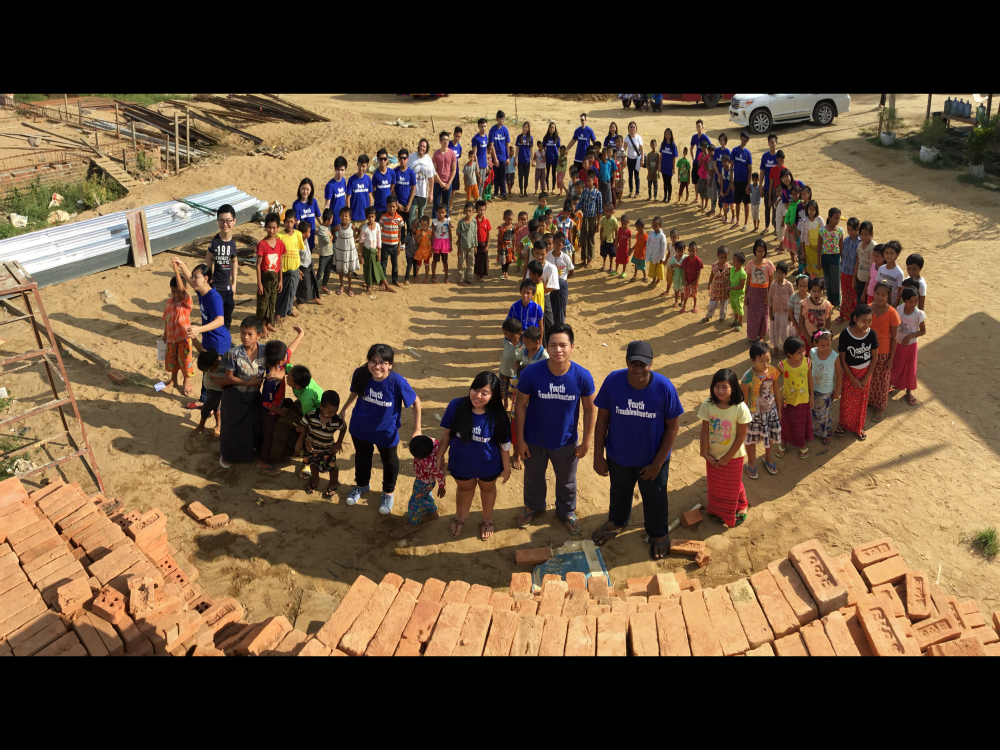 Ketchikan area residents have an opportunity to participate in an international traveling art installation with a mission of unity and world peace.

Artist and teacher Joseph Vasile has been traveling the world sharing his “Peace Flags in the Wind” project. He came up with the idea while teaching in Miami, Florida, at a middle school with a high number of low-income students. Vasile says he wanted to find a way to bring people of all backgrounds together.

“I was watching my students who were low income want sneakers and want ‘things’ when they didn’t have the basic necessities. And they were being bullied into being cool if you have this or that. So I believe that art and music are the universal language. No matter what language you speak, we all speak art. So I wanted to use art as a way to show we all have different paths in life, but let’s respect each other even though we’re different. And let’s celebrate our differences through art.”

Vasile says the project is based on traditional Tibetan prayer flags with each flag representing earth elements. 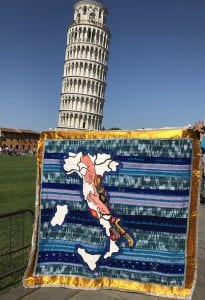 “Each participant gets to pick five colors and they write their message for peace or words for peace, or a song or symbol, whatever that is. (Imagine) you’re the king or queen of your own country, what would your flag look like?  And this is what I ask the participants to do.”

Vasile provides fabric, markers and other supplies. Flags will be pieced together and join an unbreakable string of over 20,000 peace flags created on six continents. Twenty-two countries, so far, have participated in the project.

In addition to creating Peace flags, participants can use traditional Burmese textiles to help fill in an Alaska silhouette within a large Burmese map image. Vasile is still working to visit all 50 states. He says the pieces will be joined together.

This is part of a series called “Longa-Fied,” named after traditional Burmese textiles.

Vasile says he has seen people change because of the Peace flag. He gave examples, including an installation at a low, socio-economic challenged library. Vasile says he was warned the flags would be vandalized, but the opposite occurred. 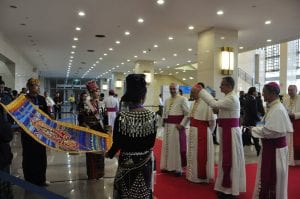 Vasile says he will bring works created at Stonehenge and the Taj Mahal to the workshop for people to view.  He says he’ll take Ketchikan’s completed pieces with him to join the others at an international exhibit at the Parliament of World Religions in Toronto, Canada, this November. Ten thousand people from 80 nations are expected to attend.

For those wanting to create a Peace flag or help fill in the Alaska silhouette, Vasile will be at the Main Street Gallery, 330 Main Street, on June 25th from 10:30 a.m. to 1 p.m. This is a family-friendly, drop-in event.