Story Time with an officer 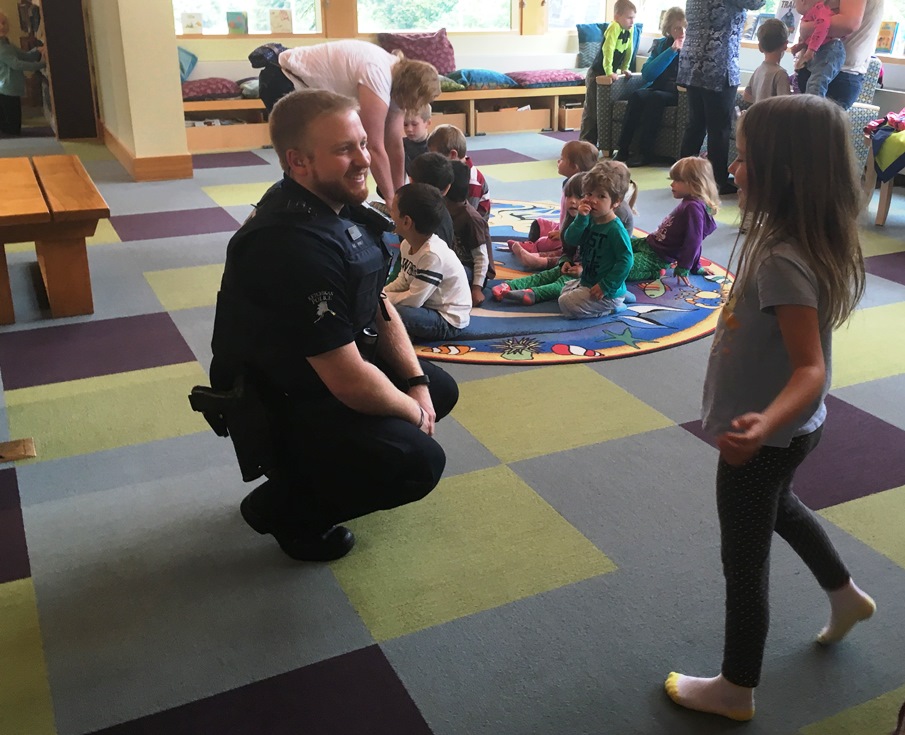 Detective Ryan Pritz talks to a girl before reading a story during Story Time at the Ketchikan Public Library. (KRBD photo by Leila Kheiry)

A special Story Time at the Ketchikan Public Library on Thursday featured a local police officer reading a story about safety to the group of (mostly) attentive kids.

Before the main event, Children’s Librarian Amanda Kiely gathers the crowd and warms them up with a clap-along song called Bread and Butter.

Now the kids are focused, and Kiely introduces guest story teller, Ketchikan Police Detective Ryan Pritz. He shakes hands with some of the kids before reading “How Do Dinosaurs Stay Safe?

Before he could start, though, there was a brief discussion of dinosaurs. 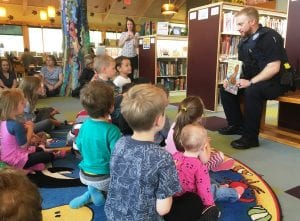 Det. Ryan Pritz gets ready to read a story during the Ketchikan Public Library’s weekly Story Time. They all had to talk about dinosaurs first. (KRBD photo by Leila Kheiry)

“He does have big feet,” he said, responding to a comment. “Do you think he trips over them sometimes?”

One young boy said no. Another said yes. A third said the dinosaur looks strong.

The subtle lesson of the story was how kids can stay safe in a variety of situations: Don’t climb too high, don’t jump on the bed, hold a parent’s hand when crossing the street

“Does he race on his bike with no helmet on his head?” Pritz read.

No, they answered; and then they needed information about the kind of dinosaur riding the bike.

That looks like a brontosaurus, I think,” Pritz answered.

“He likes to eat beans,” one boy responded.

The story also covered not talking to strangers, pool safety, and using forks, knives and spoons carefully. Although one young boy pointed out that spoons are always safe.

Pritz then asked whether any of the kids had questions. Lots of hands went up, and some of the kids, predictably, offered non-sequiturs. 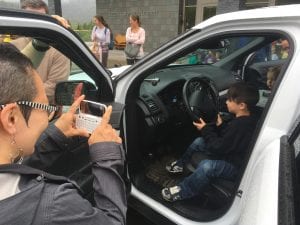 A parent takes a photo of a boy sitting in the driver’s seat of Det. Ryan Pritz’s police vehicle. He brought the car for kids to inspect as part of a special Ketchikan Public Library Story Time. (KRBD photo by Leila Kheiry)

“Do you guys know what to do if you ever found a gun lying around?” he asked.

“What are you supposed to do after you don’t touch the gun?”

“Tell someone that it’s there so they can pick it up and put it away safely.”

A couple kids announced that they want to be officers when they grow up. There also were future bakers, soldiers and scientists in the crowd.

Earlier, before reading the story, Pritz said he enjoys working with kids. He said he hopes this type of outreach will provide a stronger connection between officers and the community’s youth.

“And just to show them that police officers are just like anybody else out there,” he said. “So, nice friendly time and we’re not scary.”

Following Pritz’s chat with the kids, he brought his police car around to the front of the library for all the children to inspect. The kids took turns climbing into the police car, pretending to drive and turning on the flashing lights.

The Ketchikan Public Library offers a weekly story time with an activity every Thursday morning. Next week’s theme is “Making a Mess.” 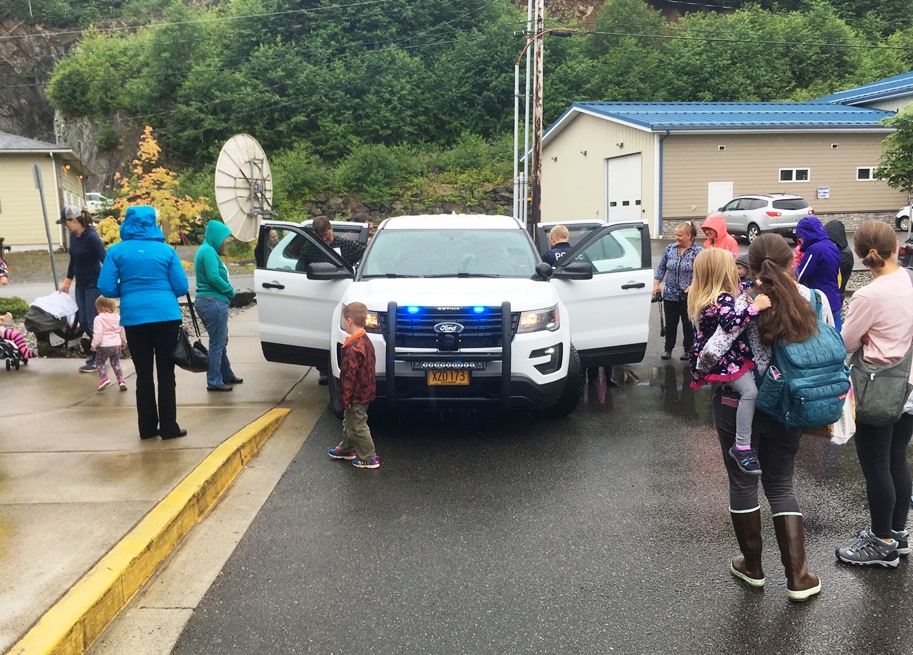