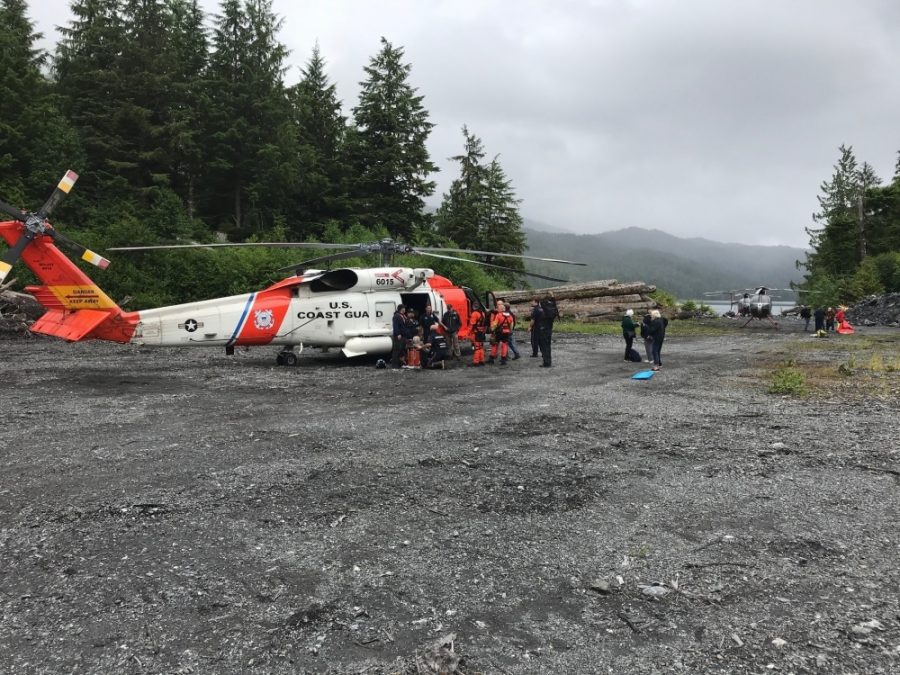 Of the 11 people who survived a floatplane crash Tuesday on Prince of Wales Island, four were medevaced and one had surgery in Ketchikan before being admitted to the local hospital.

According to a PeaceHealth Ketchikan Medical Center spokesperson, the remaining six were evaluated and released.

Alaska State Troopers reported late Tuesday afternoon that the Taquan Air pilot was 72-year-old Mike Hudgins of Ketchikan. At about 8:30 a.m. Tuesday, he reported that the de Havilland Otter had crashed about 2,000 feet up Mount Jumbo on Prince of Wales Island.

U.S. Coast Guard and Ketchikan Volunteer Rescue Squad crews responded. Troopers say the downed plane was located a little before noon, and everyone was back in Ketchikan before 2:30 p.m.

Troopers report that Hodgins had been flying from Steamboat Bay on POW to Ketchikan.

Here is an earlier report about Tuesday’s plane crash.