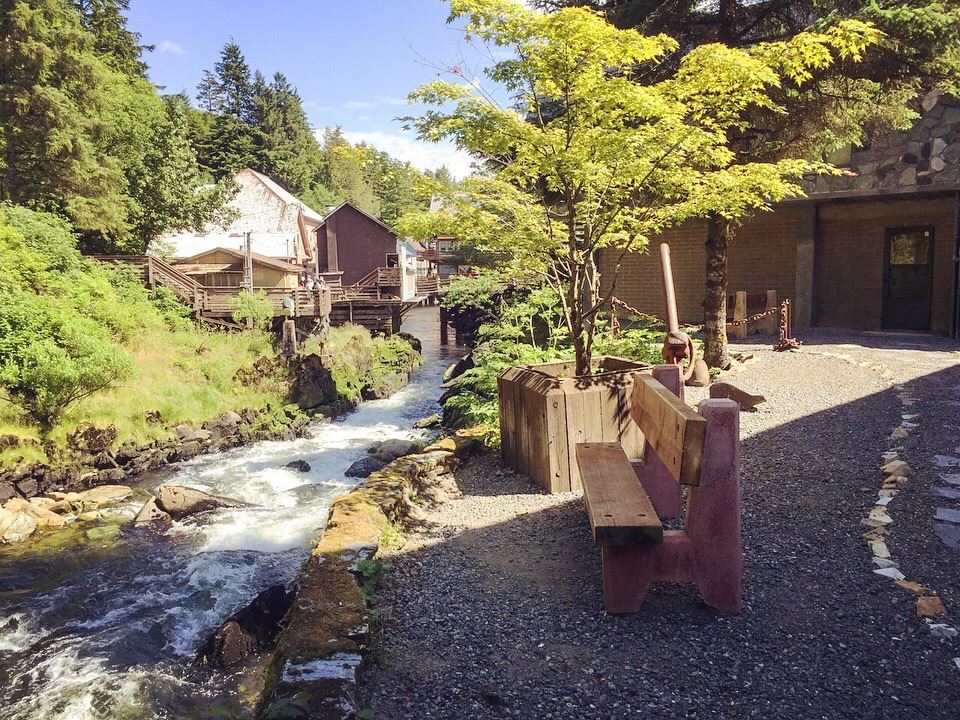 The Ketchikan School Board started Wednesday’s meeting on a positive note by recognizing a student who has earned the rank of Eagle Scout.

“So the inside was looking pretty good. I can’t say the same about the outside,” she said, laughing. “And so, Joey came to us and asked about doing an Eagle Scout project with us. He looked at what was a decaying pit of mud and vandalism, quite honestly, and said, ‘I can fix that.’”

Maxwell said Karlik brought together other volunteers, found some donations and put in a lot of hard work to clean up the area.

“And now, today, that’s really a beautiful park behind the museum,” she said. “It’s used every day by visitors and locals, especially the folks from the Mary Frances Building really treasure that space to enjoy by the creek.”

Karlik also spoke to the board. He said he worked throughout his Christmas break making new benches for the park.

“Which actually was really interesting for me because I’m not a big handyman when it comes to construction and all that. I learned how to build benches with a concrete forms and all that stuff, and I built a table with my grandpa and my uncle,” he said. “It’s really cool to see what you can do with just a couple of people and the community.”

Board members thanked Karlik for his work on the project.

Also Wednesday, the board approved one contract for speech pathology services, but rejected a second one. There was a lot of discussion about the contracts, which are expensive: One at $75,000 and the other $65,000.

Board Member Diane Gubatayao initially wanted to postpone consideration, so the board could have more information about efforts the district made toward hiring locally. But the motion to postpone failed.

Other board members were concerned that delaying a contract could risk starting the school year without a speech pathologist. That led to a 4-2 vote in favor of the first contract, but then the second contract failed in a 3-3 tie.

Board Member Matt Eisenhower was absent.

Board Member Glen Thompson said it’s irresponsible for the board to reject the contract.

“I understand it’s expensive. I understand that we want to try to hire someone in-house and explore some other options,” he said. “This contract does not preclude that. There’s going to be a parent at the podium that’s not going to be happy because their kid is not getting the proper speech pathology.”

Each contract has an option to cancel with 30-days’ notice.

The board also voted Wednesday to hold a second meeting in July. The next regular meeting now is July 25 at 6 p.m.

During public comment, the board heard from five people who expressed support for the Ketchikan Education Association, which represents teachers. The district and union are going through contentious contract negotiations, which have stalled.

The board took no action on negotiations following an executive session to discuss that issue.