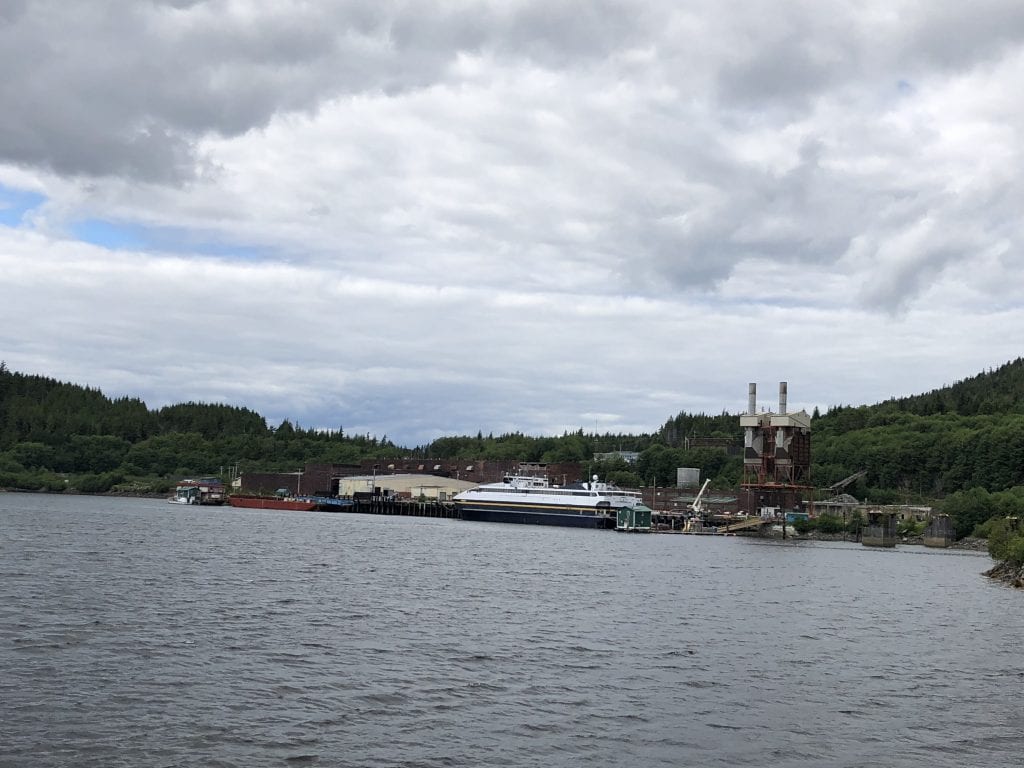 Driving up North Tongass Highway around Ward Cove, the more than 60-year-old faded buildings are hard to miss. Metal roofs are rusty and discolored. Some warehouses that used to store pulp product are crumbling, bricks falling to the ground.

The site of the Ketchikan Pulp Company is a shell of its former self. The company closed its mill in 1997, putting hundreds of people out of work. It might not look like much from the outside. But inside one of the buildings, Phillip Walsh is hard at work.

“I fill this up, as far as it needs to go. And what this crusher does is presses all of these oil absorbents out and presses it into this containment area. This is stuff that hasn’t been crushed yet. You just press down and wait for them to squish them — not much to it,” Walsh said.

Walsh is using a very loud press machine to squish oily rags and filters, what he calls absorbents, collected from petroleum companies around Southeast Alaska. All the oil is pressed out of these rags to be reused as heating fuel. And the rags get turned into tidy cubes. 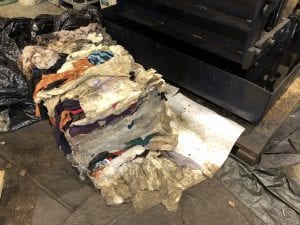 One of the blocks of oil absorbents following processing by Full Cycle at the former Ketchikan Pulp Co. site in Ward Cove. (KRBD Photo – Liam Niemeyer)

Walsh works for Full Cycle, a company that helps reuse petroleum waste. It’s one of many companies re-using the pulp mill buildings, now owned by Andrew Spokely, who is giving me a tour of the site.

“Everything on the property has a plan or two, or five, to utilize it as the need arises. There’s a couple of buildings there that look dilapidated. Some of the bricks are falling down on them. That’s because when they took some of the buildings down next to them, they exploded a little bit. So, that needs to be fixed. But the majority of the buildings are very sound,” Spokely said.

Spokely and his dad own Full Cycle along with other companies at the site. They bought most of the pulp mill property in 2011 from the Ketchikan Gateway Borough.

Spokely said each of the buildings is used for something. Other businesses include Alaska Coatings, which helps remove rust from metal, especially boat parts. There’s another company that delivers supplies to remote areas in Southeast. And he leases space to other local business owners.

Those start-ups include wood masons and metal fabricators. He said there’s about 30 vendors that lease some space here. Spokely wants to increase that number but says it’s sometimes difficult to get the word out that space is available. 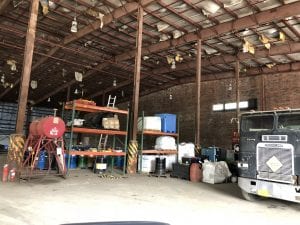 Inside one of the pulp mill’s old warehouses. (KRBD Photo – Liam Niemeyer)

“You know, we haven’t advertised real hard. We’ve been working on getting the dilapidated infrastructure to a stopping point in fixing it. The property is so big, you can put $5 million dollars into it and not see a penny of it,” Spokely said.

“Some of those old brick buildings are beautiful. And if they can stand and be put to good use and work in a way that functions, I’m all for that,” Ketchikan Chamber of Commerce President Chelsea Goucher said.

The Spokelys have plans for the future of Ward Cove, which include construction on a marina starting next summer.

“People look at me and say ‘what have you guys done?’And, you know, we’ve done a lot. And it’s tough to see it all. But each piece we fix up is used. And that piece gets to pay for the next one. And if you bite too much at once, we’ll end bankrupt like the rest of the property owners before us have done. And we don’t want that,” Spokely said. 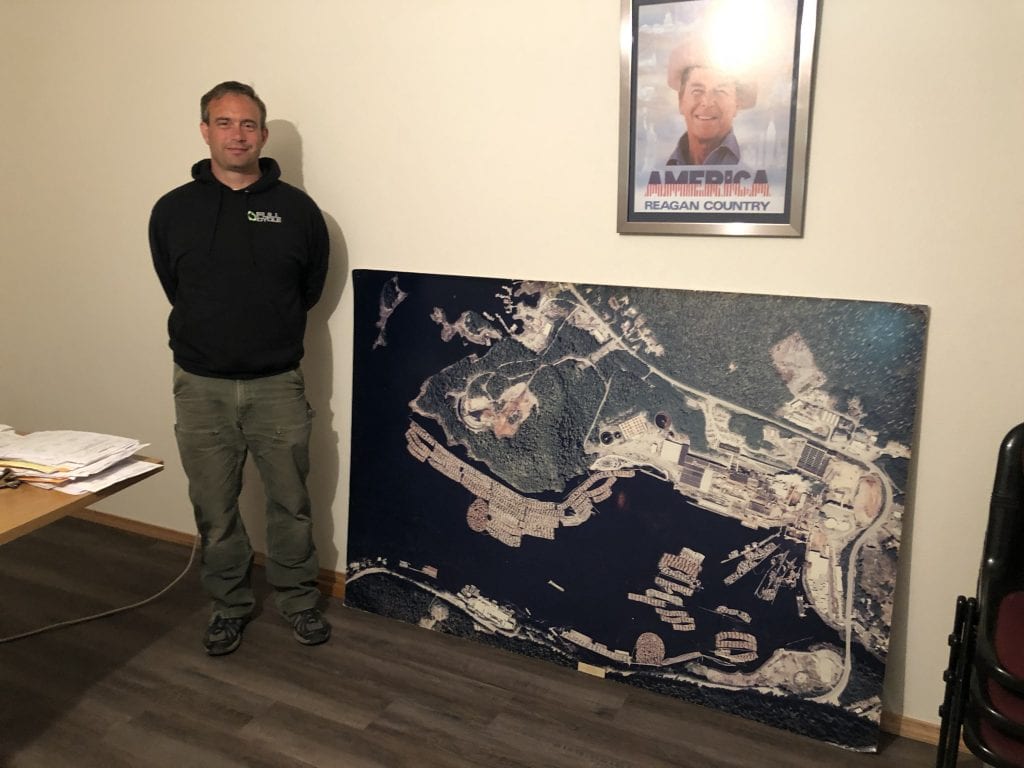