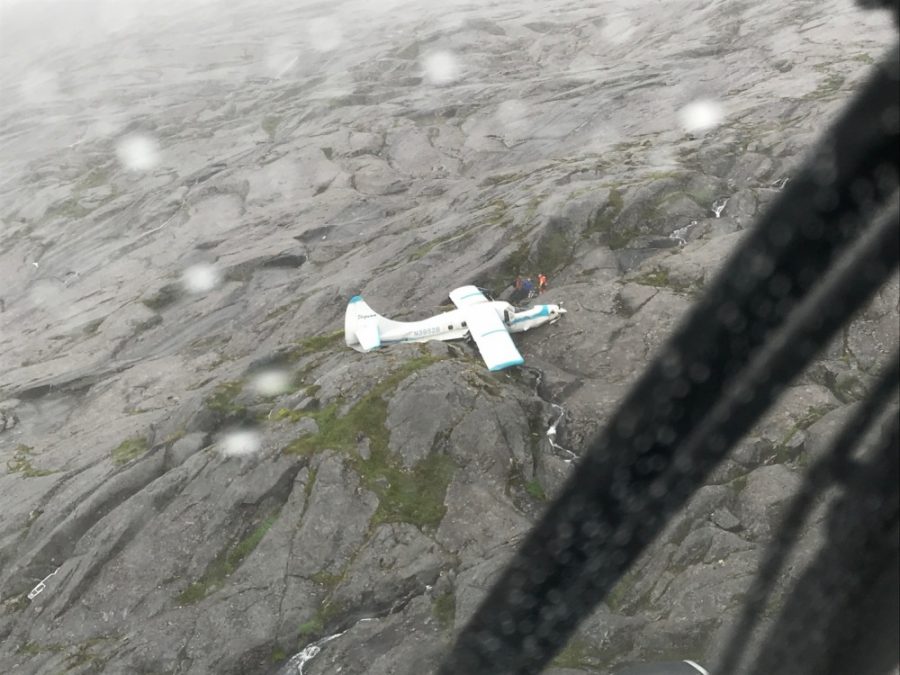 A preliminary report on last week’s non-fatal plane crash on Prince of Wales Island indicates that the Taquan Air pilot became disoriented after weather conditions deteriorated during the flight to Ketchikan.

The National Transportation Safety Board report summarized a conversation between investigators and the pilot, identified by Alaska State Troopers as 72-year-old Mike Hudgins.

Hudgins told investigators soon after the July 10th accident that while flying over Sulzer Portage, visibility decreased rapidly to zero. He tried to turn back, but while turning saw what he thought was a body of water. He told investigators that he became disoriented and leveled the wings, before realizing he was flying toward snow-covered mountains.

Hudgins reported that he pulled the deHavilland Otter into a steep climb, but wasn’t able to avoid hitting the rocky mountainside. At impact, the plane’s floats were sheared off, and there was substantial damage to the rest of the plane, according to the report.

All 11 on board survived the crash about 2,000 feet up Mount Jumbo near Hydaburg. Six were seriously injured, according to the report, and four received minor injuries. The pilot was not injured.

Investigators also talked to two passengers for the preliminary report. Both confirmed the weather was poor and said they were concerned during the flight. One said he texted the front-seat passenger, asking him to suggest landing on the water to wait for better weather.

The crash was called in by the pilot shortly before 9 a.m. on July 10th. The U.S. Coast Guard and local rescue groups were able to find the site and get everyone to Ketchikan by mid-afternoon.

Here is a link to an earlier report on the crash.

And here is a PDF of the full preliminary report: PreliminaryAccidentReport