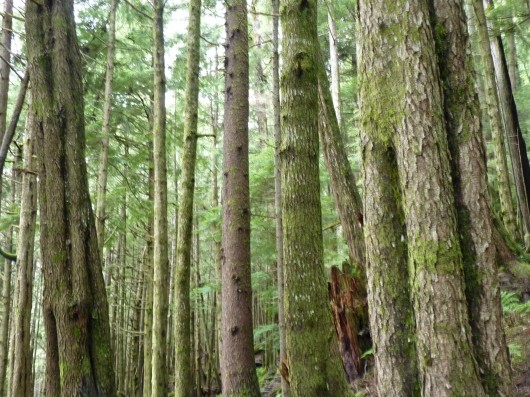 Though it may seem rainy, southern Southeast Alaska has been in a drought, and the forecast for the next few months calls for above normal temperatures.

Rick Fritsch is a senior forecaster with the National Weather Service in Juneau.

“Above normal temperatures for the three month period of time might be one degree, might be five degrees, might be seven degrees, might be even half a degree. Residents in Southeast Alaska to include Ketchikan, Prince of Wales and that part of the panhandle, we should be anticipating a warmer than normal summer. How much warmer? I can’t really tell you.”

“If you have an abnormally cold week, it doesn’t mean that the long-term forecast was a failure, but rather it was a cold period of time that perhaps might be an otherwise warmer than normal longer-term period.”

Regarding rainfall, Fritsch says all of Alaska, except Southeast is expected to have higher than normal rainfall over the next three months.  Fritsch says climate predictions for Southeast show an equal chance of normal precipitation.

“So what does ‘equal chances’ mean. Some people think 50-50. Really what the equal chances depiction means is that there is not enough of a climate signal for the climate prediction center or the super computers to tease out a trend, whether it’s going to be above normal or below normal probability for precipitation.”

Climate signals are long-term trends such as warming or cooling sea surface temperatures. Fritsch says an example is the ENSO, or El Nino Southern Oscillation.  He says most climate signals affect Alaska in the winter. For now, predictions indicate a warmer summer with normal rainfall.