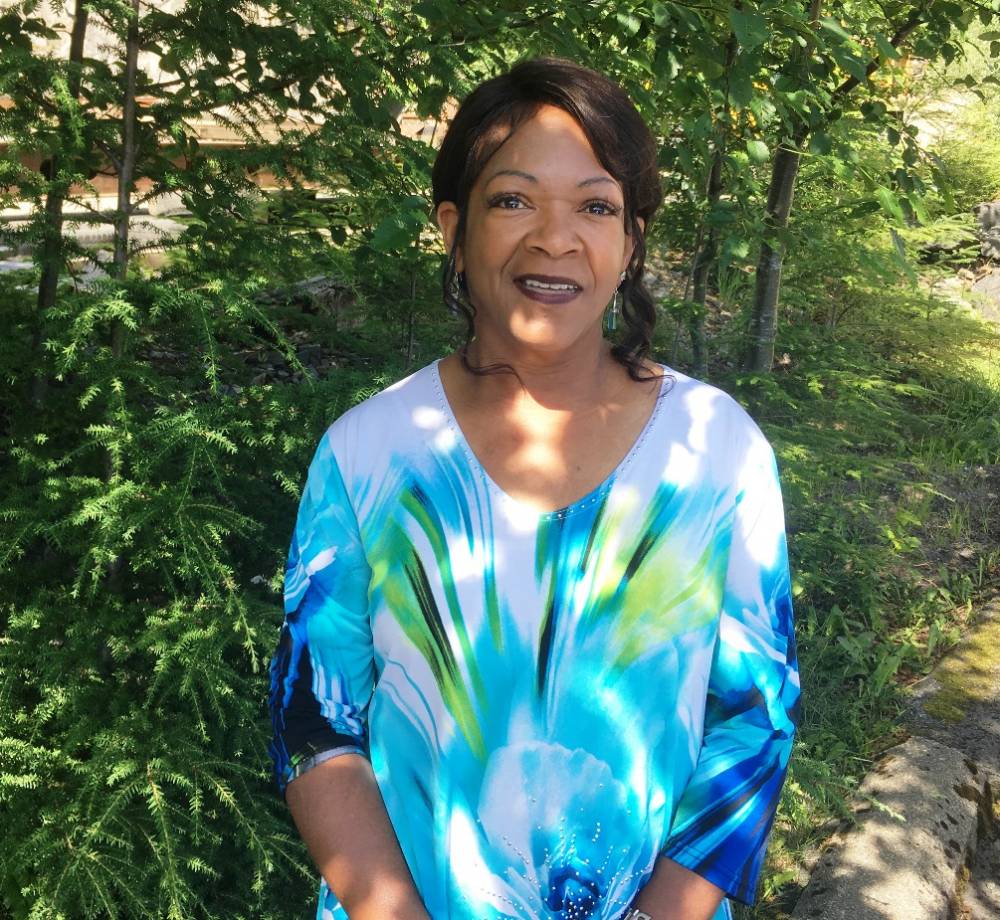 Sharon Jackson is running in Alaska’s Republican primary for lieutenant governor. She was in Ketchikan to campaign and meet area residents. (KRBD photo by Leila Kheiry)

Republican candidate for lieutenant governor Sharon Jackson was in Ketchikan this week, campaigning and getting to know the residents.

The former aide to Sen. Dan Sullivan told KRBD that running for the second-highest office in the state is the best way she can serve the people of Alaska.

Jackson said one way she would protect Alaskans is through the lieutenant governor’s primary responsibility: Supervising the Division of Elections. Jackson said some changes need to be made in that area.

For example: “We have a lady from New Jersey running against Congressman (Don) Young. She’s never lived here. It doesn’t sound like she wants to visit here, but tells us how lucky we are that she wants to run and represent our state.”

Carol Hafner is running in the Democratic primary. She lists South Dakota and New Jersey as her home bases.

Jackson said she would push to change Alaska’s candidate qualifications for all statewide public office, including congressional representatives.

Jackson said the voter registration list also needs work. She said in a recent by-mail election in Anchorage, she received a ballot for a woman who lived in her home 13 years previously, and had died five years ago.

“So, if that ballot fell into the hands of someone not of integrity, it could have been abused,” she said.

And then there was a woman whose ballot was returned, despite her 36 years of residency and her consistent voting record.

Jackson said the right to vote is one of the greatest gifts and responsibilities of a citizen, and it would be her job as lieutenant governor to protect that.

Jackson also talked about protecting the state seal from inappropriate use.

“To me that state seal is not just a picture,” she said. “That state seal represents the spirit of Alaska, and the signature of all residents and citizens of Alaska.”

She said there are rules in place about the proper use of the state seal, and she would work to enforce those rules.

Jackson’s third major campaign message is restoring a full Permanent Fund Dividend for residents, and then allowing the public to vote on whether to use that money for government functions.

The state Legislature has moved forward with a plan to distribute partial PFDs, and use the rest of that money to fill the state’s budget deficit.

Jackson said Alaskans are generous, and if the state had explained the need and asked for permission,

“People would have given the permission,” she said. “But they would have been prepared to give that permission.”

Jackson said previous individual PFDs should be refunded to their full amount while that ballot proposition goes through the process.

As a lieutenant governor candidate, if she wins, Jackson will be paired with whichever governor candidate wins the Republican primary. So I asked: “Is there an order of preference that you particularly have for who you’d like to run with?”

Jackson declined to name a preferred running mate, and said she would be happy to run with any of the Republican candidates for governor.

Jackson is originally from Pennsylvania. She came to Alaska in 1983 through her service in the U.S. Army. She said she fell in love with the state and decided to stay, “because I felt at home,” she said. “I felt at home.”

Jackson left the military to be with her son, and took classes to become a certified electronic technician. She soon was back on the military base, repairing Army office equipment.

Jackson later worked with the National Federation of Independent Businesses, and most recently worked with Sen. Dan Sullivan as a constituent liaison.

The state primary election is Aug. 21. There are six candidates running for lieutenant governor on the Republican primary ballot. Here is a link to the state candidate list.