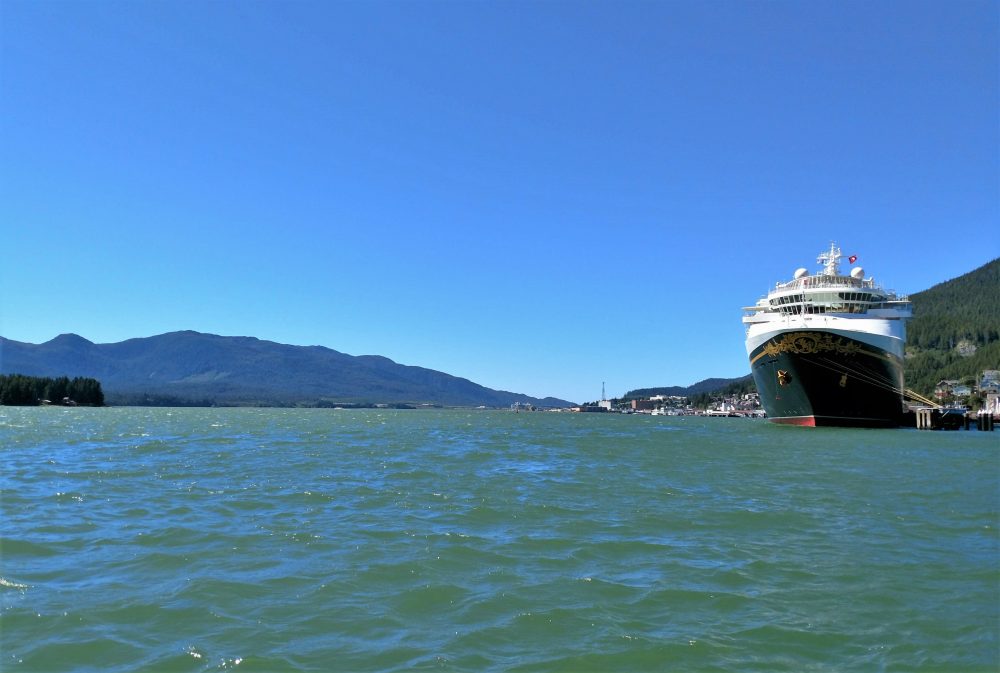 Why is the water an emerald green in parts of Southeast Alaska?  Biologist Barbara provides some answers.

“You can think of them as little, teeny plants. They are plant-like in that they have chlorophyll and they use sunlight to photosynthesize. So all of this light and all of the warmth in the water, the water is a little warmer, really helps them grow.”

Morgan says the color combination of the different phytoplankton species, plus clear skies, is creating an emerald green ocean.

“The color components, talking artistically, the blues come from reflected light from the sky. The yellow component comes from the diatoms and the dinoflagellates. A lot of them are kind of a golden color. And then the white from the coccolithophores, that chalky white, just intensifies all of the color and makes it more visible.”

Morgan is an instructor at the University of Alaska Southeast Ketchikan Campus who previously worked in the UAS Fisheries Technology Program, learning about micro-algae in the ocean. She also worked for Oceans Alaska growing and analyzing phytoplankton to see their effects on oysters.

Morgan says she enjoys understanding what’s happening in the oceans and, to satisfy her own curiosity, takes water samples to examine under a microscope.

“I am not part of any official organization and I don’t officially report my findings to anybody. I just do it for my own interests and then to be able to share with people who are interested.”

On July 29th, Morgan took samples at Refuge Cove, Thomas Basin and Hole-in-the-Wall.  She says she did not find any toxic species in those areas. 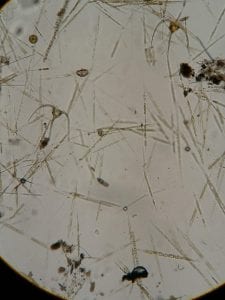 Though the samples she found weren’t toxic, Morgan says that does not mean it’s safe to harvest certain shellfish, and advises against it.

“Anytime people see any kind of an algae bloom, like what’s happening right now, they should recognize that the potential for a toxic variety is there and it’s not safe to eat any bivalve shellfish like clams or oysters or mussels unless they’ve been tested in a lab.”

One of those labs, Southeast Alaska Tribal Ocean Research, or SEATOR, takes samples from regional beaches and posts reports to its website.

Morgan says she’s been asked if the phytoplankton bloom is affecting salmon. She says the species she’s seeing are not toxic to fish, and actually provide food to species the fish eat. However, Morgan thinks the fish have trouble seeing in the cloudy water.

“All that chalk in the water makes visibility pretty hard. So what they’ve done in the past, it seems, is that they lay off out in the water that’s clear until the coccolithophores die off and the water clears off, and then they shoot through and up the streams.”

Morgan says she’s seen large blooms like this before.  She predicts if there is a lot of rain, nutrients will be washed into the ocean.  If that happens and skies are cloudy, she believes the phytoplankton won’t get the sun it needs and the bloom will go away. But, she says, if there is another sunny period, the extra nutrients will likely result in another bloom and bright-green waters.