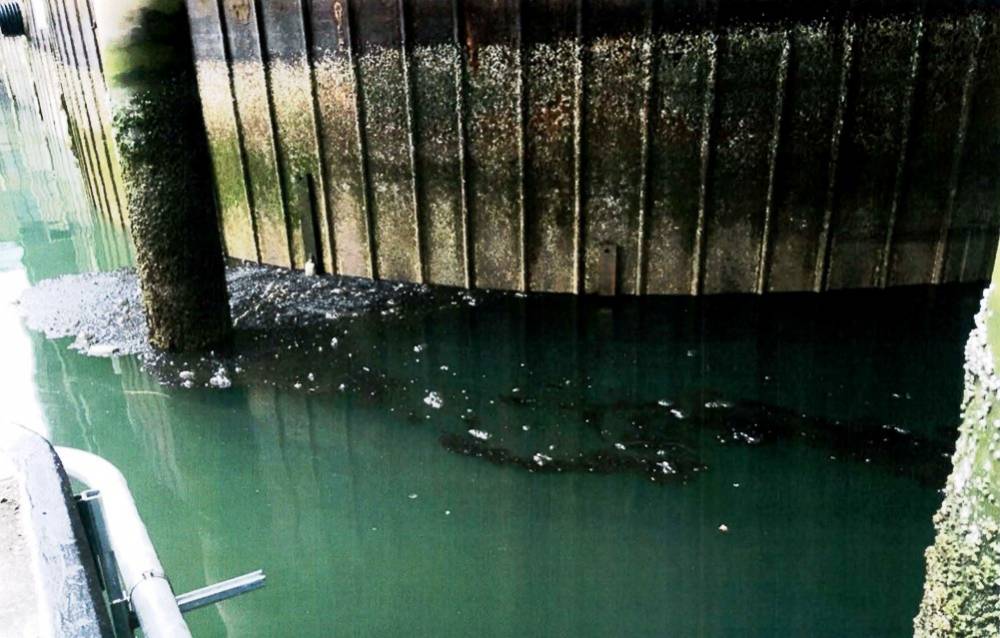 Following complaints in mid-June of a cruise ship discharging discolored water while docked in Ketchikan, city officials investigated and say the discharge was from the Golden Princess cruise ship’s exhaust scrubbers.

In a July 24th memo, City Public Works Director Mark Hilson writes that those in-port discharges may not comply with regulations, and are under investigation by state and federal enforcement officials.

Hilson says the ship’s agent turned off the discharge after a notification from the city. The city also has notified Cruise Line Agencies of Alaska to cease all non-compliant discharges while in port.

Hilson writes that exhaust-gas scrubbing is a relatively new process. It uses water to clean the ship’s exhaust systems. That reduces air emissions. He says Alaska Department of Environmental Conservation officials are gathering information on the scrubber systems, and are working with federal agencies and the industry to resolve discharge issues.

In a separate memo, Port and Harbors Director Steve Corporon writes that the state has ocean rangers on board vessels to monitor all discharges. He writes that the discharge from scrubbers is permitted through the federal Environmental Protection Agency. The state does not have its own permit for scrubber systems.

In an email exchange with Corporon, state Environmental Program Manager Ed White writes that state ocean rangers have been asked to monitor scrubber discharges, following reports of discharges that could exceed state water quality regulations. The state could intervene if those regulations are violated.

White asked that members of the public with concerns about cruise ship discharges contact his office. We have contact information below.

The reports on cruise ship discharges are part of the Ketchikan City Council meeting packet for Thursday’s regular meeting. No action by the council is recommended.

Also on Thursday, the council will decide whether to move forward with a review of the city’s compensation plan.

City Manager Karl Amylon writes in a memo to the council that the city is finding it increasingly difficult to fill positions with its current compensation plan. Thursday’s vote would allow Amylon to solicit a proposal from Ralph Andersen and Associates to conduct the review.