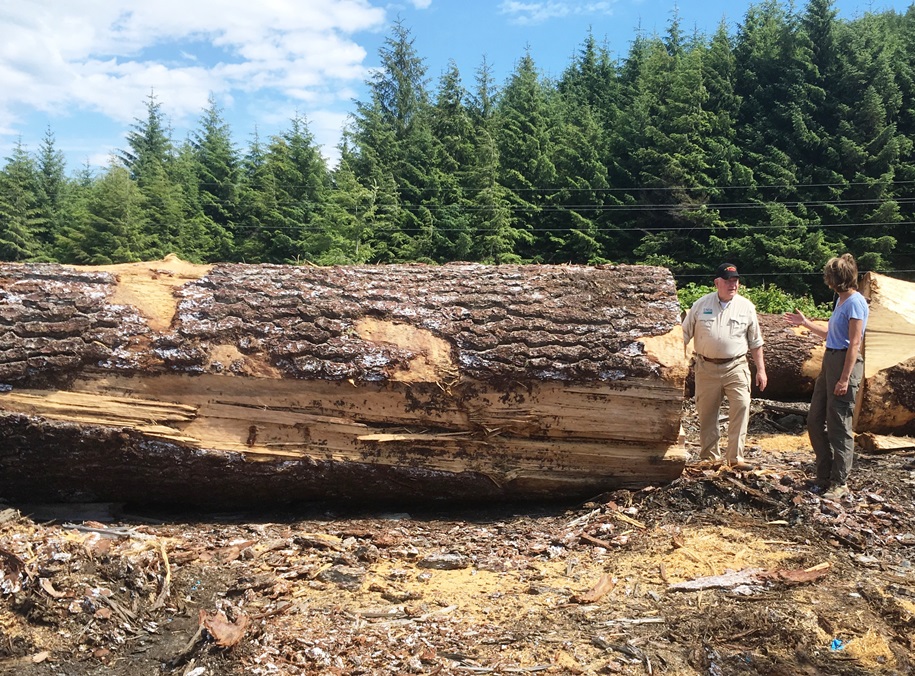 Secretary of Agriculture Sonny Perdue and Alaska Sen. Lisa Murkowski look at some old-growth logs in the yard at Viking Lumber in Klawock. The two toured Prince of Wales Island on June 5. (KRBD photo by Leila Kheiry)

The U.S. Forest Service announced today that it has signed a memorandum of understanding with state officials to develop Roadless Rule regulations for Alaska.

That would involve a review of currently designated roadless areas, and determining different management designations for some of those areas. The goal is to allow economic and other development, according to the announcement, while still conserving roadless areas for future generations.

According to the Forest Service announcement, nearly 95 percent of national forest land in Alaska is designated roadless or wilderness.

Alaska has requested a full exemption from the Roadless Rule. Secretary of Agriculture Sonny Perdue opted this spring to pursue a state-specific roadless rule instead, and plans to have it completed within 18 months.

The federal government has gone through a similar review for other states.

Wilderness land would not be affected by this process.