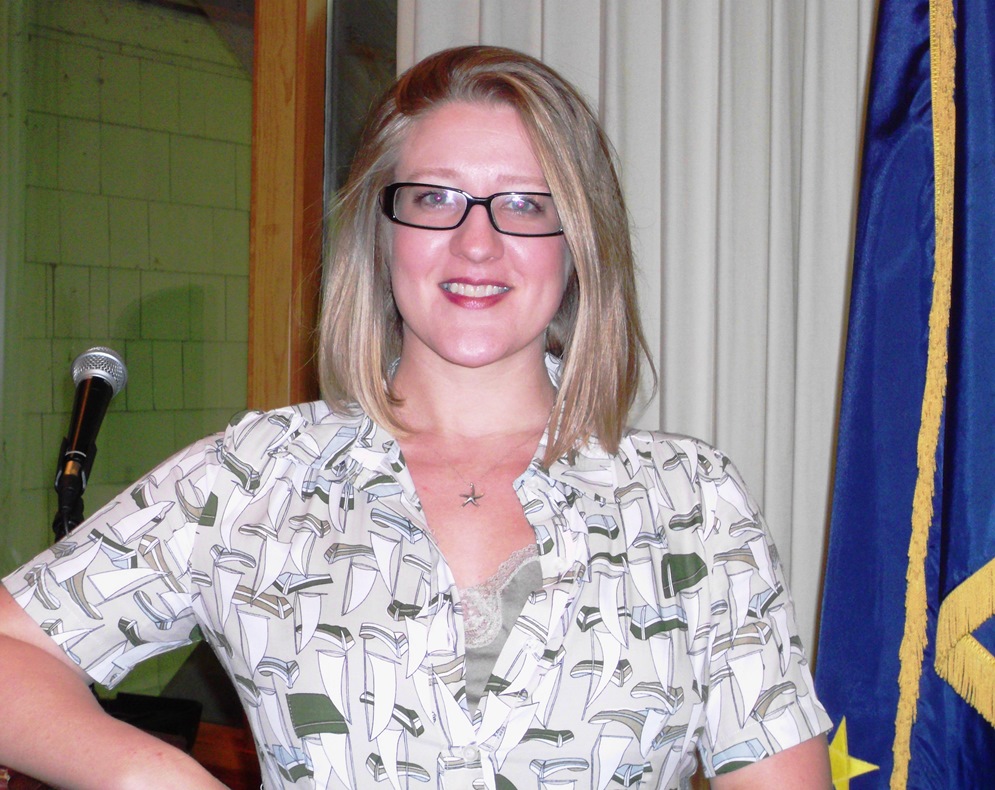 Carrie Starkey is the new executive director of the Greater Ketchikan Chamber of Commerce. Starkey says she was introduced to Ketchikan while working at Fish Creek Company on Creek Street last summer.

Starkey most recently lived in San Francisco. She says she decided she wanted to move to Ketchikan and was looking for a permanent job rather than seasonal work.

“I wanted something where I really could be involved in the community and really find some roots here, so when the chamber position came up I applied. I was accepted for the job about a month ago and just got everything packed up and moved on over.”

Starkey says she has a varied background and has worked in construction, retail and customer service. She says her mother owns a small business but is not a member of the chamber of commerce in her town. Starkey feels an important aspect of her job will be to find out why people aren’t chamber members.

“For my mom, it was just that their chamber membership exceeded what she was able to reasonably pay.  So when we were talking earlier about the different levels of membership and what that can entail…looking at tackling not just the ‘whys’ but the ‘why nots’.”

Starkey says the job offers a lot of flexibility. While she will have regular office hours, she says she plans to spend much of her time out in the community.

“Going out to businesses talking to people, meeting with people.  I think that building the connections within the community is my biggest strength and I want to play to that as much as possible.”

Starkey says she’s planning to hold office hours from 10 a.m. to 3 p.m. Monday through Thursday. The Greater Ketchikan Chamber of Commerce office is located upstairs at The Plaza mall.

NOTE: This post has been updated to correct office hours.