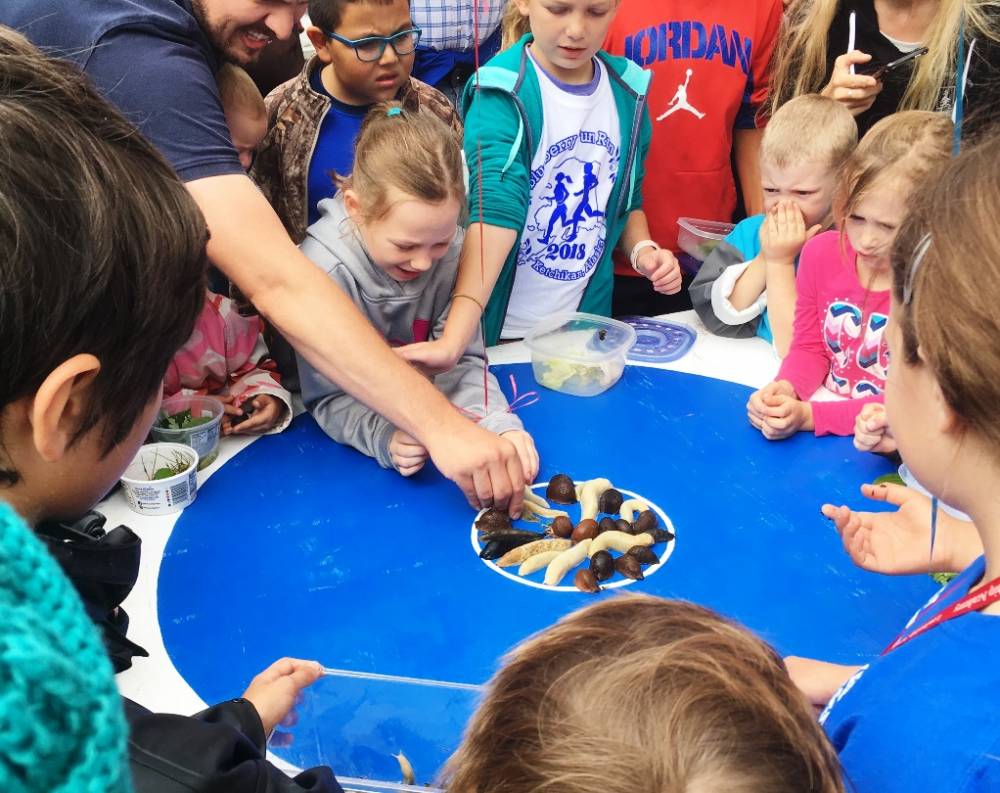 Slug racing is a Ketchikan tradition during the annual Blueberry Arts Festival, organized by the Ketchikan Area Arts and Humanities Council. (KRBD photo by Leila Kheiry)

It was a nice day for the main festival on Saturday, so locals and cruise ship visitors alike crowded the booths, buying locally made, hand-crafted art and food.

For the second year in a row, Cindi Davis was in charge of weighing slugs. One of the first brought in was Slugzilla.

“All right, Slugzilla, you ready? Come on, baby,” she said to the large banana slug. “All right. Let’s see what we’ve got on Slugzilla here. Thirty-six grams! Whoo hoo! Slugzilla!” 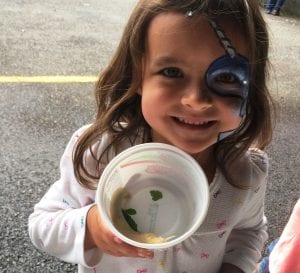 Now on the slug races, emceed by Alex Brown.

Three tables with circles painted on top were placed in the main event area. Racing slugs are put in the centers of each circle, and the first slug to make it to the outer edge wins the first heat.

Those three winners go to the final race.

They are slugs, after all.

In about three minutes, though, the first winner crosses the outer edge.

Cooper didn’t win the final heat. That honor went to Mystery Mister and its owner, Jozy Boyd. Cooper and Kirya Zier came in second; and Skippy Joe was third, owned by Ryker Pilcher. 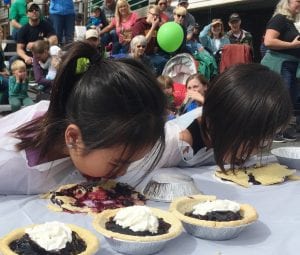 The next less-slimy (but still messy) contest of the day was the pie-eating race. Individual pies were larger than they have been in past years, so big appetites were a must in addition to fast jaws.

The first race was for 8-year-olds and younger.

Colton Kufner won the contest, polishing off his pie in less than two minutes. According to the Ketchikan Area Arts and Humanities Council’s list of winners, pie-eating champs in the other age groups were Killian Connolly, Miranda Jorgensen and Gavin Piercy.

Here is a graphic of the Ketchikan Area Arts and Humanities Council’s official list of winners: 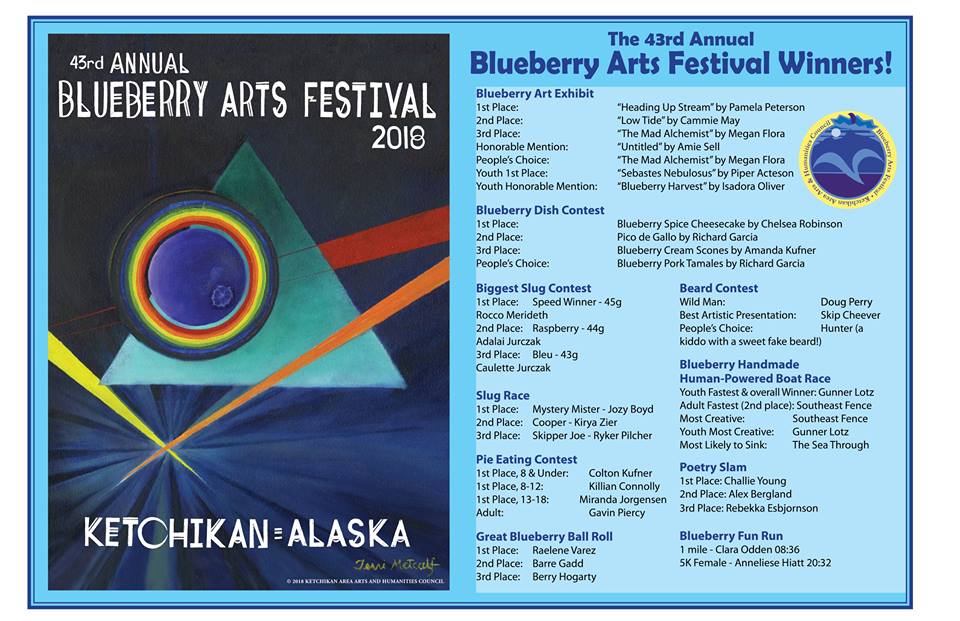