Island Air Express’s PC-12 flies regularly between Ketchikan and Juneau. There is a direct flight, and others stop in Petersburg or Klawock. (KRBD photo by Leila Kheiry)

A small Southeast Alaska airline that has focused on flights between Ketchikan and Prince of Wales Island expanded service this year, adding daily round-trip runs to Juneau, an important option for water-locked communities.

Island Air Express recently invited a handful of Ketchikan residents on a special flight to let more people know about the service.

We’re on Island Air’s PC-12, headed to Juneau. There’s space for eight passengers and the trip from Ketchikan takes just about an hour. This flight is a promotional flight, and kind of a party. 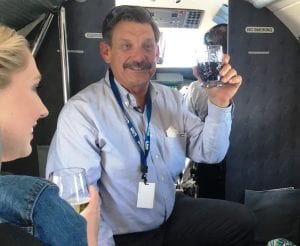 Scott Currier of Island Air Express talks to passengers on a promotional flight between Ketchikan and Juneau. (KRBD photo by Leila Kheiry)

We’re flying at around 22,000 feet. Co-owner Scott Currier said the plane can reach 30,000 feet, if needed, to find smooth air. This plane is not a jet, though, so how does that work?

“A really big and bad engine,” Currier says, laughing. “It’s about 1,200-1,300 horsepower. It’s turbine powered and likes altitude. Runs really well in altitude. That’s what it’s made for. The air is thin, so the higher you start getting, the less resistance you get.”

And it has a pressurized cabin so we all can, you know, breathe.

Currier said flying at a higher altitude is a win-win for everyone.

The airline’s other co-owner also is Scott — Scott Van Valin. He said the idea behind the new route to Juneau is similar to a common service in the Lower 48.

“It’s definitely an up-high, go-fast plane that’s very similar to commuter aircraft Down South,” he said. “Especially using IFR system. Having IFR and structured procedures to get into Southeast communities is a must for reliability and safety.” 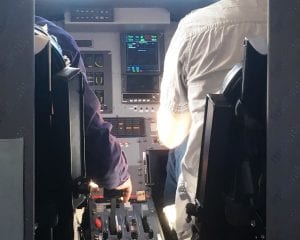 From the start, they’ve flown using Instrument Flight Rules — a structured system that Currier likens to an interstate highway system in the sky.

“Three-dimensional,” he explained. “Stacked vertically, horizontally, and controlled on radar where you have air traffic controllers directing you, watching other traffic and it’s on published roadways that are monitored by the FAA.”

Because the airline has always used IFR, Southern Southeast Alaska residents who travel a lot between Ketchikan and Prince of Wales Island know that even when the weather is iffy, Island Air often still flies.

But, Currier said, it took a couple of years for that to sink in.

“Because for so many years – the island was built, the communities were built with Beavers, floatplanes – and they would fly under the clouds, however they could get over there, back and forth to Ketchikan,” he said. “So when they first started seeing us flying into the clouds and disappearing, that was a no-no. You don’t ever fly into the clouds. Everybody was like, ‘I’m never going to do that.’” 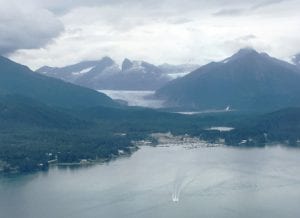 After a while, though, with plenty of successful flights into and above the clouds, he said they won over the skeptics.

After we land in Juneau, we head into the airport to stretch our legs while the plane is refueled. It’s a quick turnaround for us. Normally they offer several round-trip flights from Ketchikan daily, some direct, and some stopping in Petersburg or Klawock.

Currier said the Petersburg run has been especially popular.

“We stop from Ketchikan to Petersburg to Juneau. Then when we come back south, they can get back – they can go up early in the morning and get back in the evening,” he said. “They’ve never been able to do that before.”

Island Air has grown slowly over the years. It now has 24 employees, mostly in Ketchikan and Klawock, and six planes. They have plans to expand the Klawock terminal and build a new hangar; and they built cabins in Klawock last winter for their pilots.

The new direct-flight service to Juneau is the newest addition. Currier said they’ll see how that goes before making more expansion plans.

Soon it’s time to re-board and head south to Ketchikan. Another quick hour and we’re back where we started. 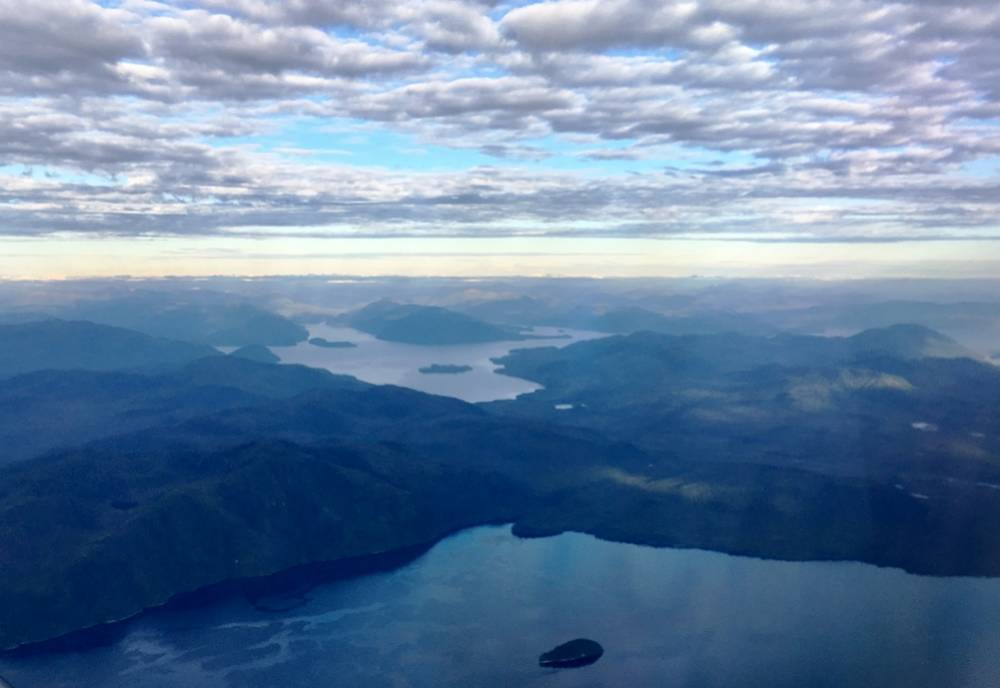