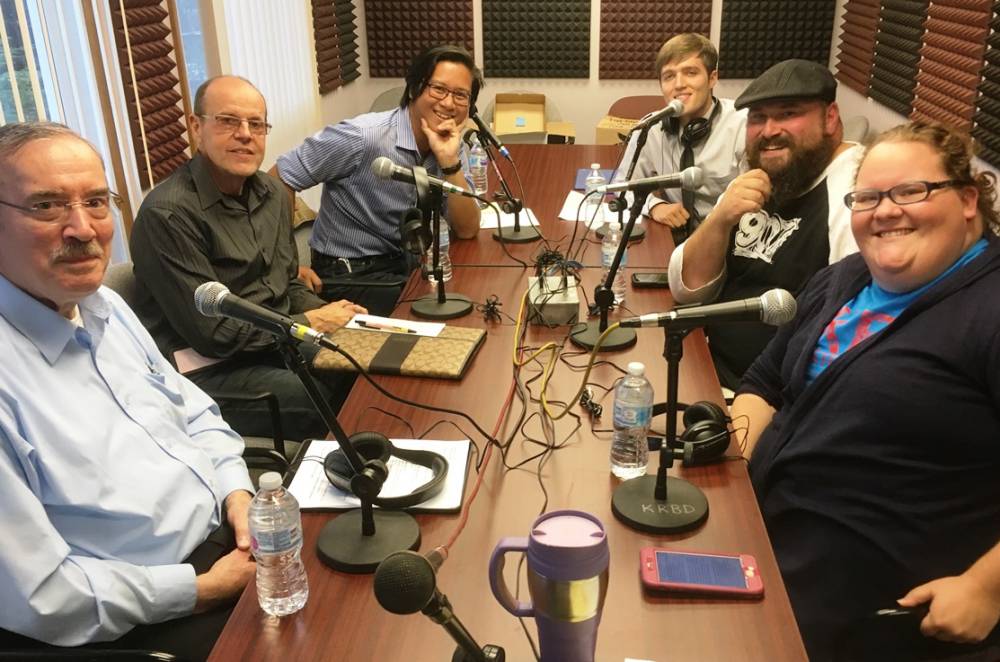 Here is a summary with highlights from the on-air forum.

One-hundred percent of the questions asked during the candidate forum were submitted by members of the public – some before the forum and some during.

One listener wanted to know what the candidates think are the top challenges facing the borough.

Most of the candidates agree that housing is a top challenge in Ketchikan. James Montgomery said he looks forward to the results of a housing needs assessment that the borough recently funded.

Pratt added that homelessness clearly is a growing issue for Ketchikan; Wong said the community needs to find a way to attract new teachers; and Westergard added infrastructure to the list.

Bockhorst said maintaining the quality of Ketchikan’s schools will be a big challenge, because of possible revenue shortfalls in the near future.

“The first is the federal Secure Rural Schools program, which provides our school district with about $900,000 annually,” he said. “That program will expire in about 25 days from today and it’s far from certain whether or not that program will be renewed.”

Bockhorst said uncertainty over state funding for education, and the eventual end to teacher-contract negotiations also will affect the school district’s budget.

Otos had a different take on the question. He said the community needs water tanks for emergency services on the North End, updates at the airport to attract more visitors, and a strategy for keeping Ketchikan’s ocean water clean.

Another submitted question focused on that last topic. The state has been testing water quality off Ketchikan’s beaches for the last two years, and has repeatedly found high levels of bacteria related to fecal matter – mostly from humans, according to last year’s DNA tests.

Most of the candidates agreed the source of that fecal matter likely is local. They pointed to older septic systems and outfalls allowed to remain even after the borough built wastewater treatment systems.

“This case with regard to the beaches testing out to have high levels of bacteria would be a good impetus to include the language for an enhanced waste management system for individual homes,” he said. “And perhaps we could get in dialogue with the city about wastewater treatment that’s on the north end of city limits.”

Pratt said while local sources contribute, cruise ships likely play a part, as well. Montgomery, though, said he’s taken a lot of cruises, and observed firsthand the waste treatment systems on board.

“And they are amazing systems. What comes out of those cruise ships is as close to drinking water as you can get,” he said. “It’s a problem that we have here. (Alaska Department of Environmental Conservation) has done some pretty serious testing and there’s documentation out there on some of these problems. We need to go in, find out what the real problem is, and we need to stand our ground and take care of it.”

Another listener wanted to know how the candidates connect with people in different socioeconomic classes, to understand the challenges others face.

“The people that come through our program, it’s usually people that get in trouble, whether that be through drinking or smoking. They are routinely low-income people,” he said. “It’s really important that we have nonprofit organizations such as Ketchikan Youth Court or WISH, that really focus on low-income people because they are the most disadvantaged in society.”

Pratt said she meets a variety of people when she runs karaoke on weekend nights at the Potlatch Bar.

“I have heard many people talk about the homeless situation while sitting at the bar, because you can see it out the window,” she said. “A gentleman who I have spoken to personally – he is a Vietnam veteran, he is a genuinely sweet human being and he just doesn’t have the money to live here and has no way to get off the island because he has no money.”

Montgomery said he volunteers to help build ramps and other accessibility structures for Southeast Alaska Independent Living clients; Wong said he works with numerous nonprofit organizations and is able to connect with a variety of people that way; and Bockhorst said in the course of his campaign he’s met with leaders in some of Ketchikan’s nonprofit service organizations.

Westergard said he has family and friends from all walks of life.

“I’ve had many people stay with me and live on my couch. I also (know) a lot of people that are business owners in this town,” he said. “That’s kind of one of my blessings growing up is that I did a lot of sports and a lot of different activities. I was the youngest member on church council, I played football, wrestled, drama-debate. I have these people across this whole town I call family. A lot of them are just friends, but friends are the family you choose.”

Another listener wanted to know whether the candidates would support additional litigation over the state’s Required Local Contribution for public education.

The borough sued the state over that requirement, winning at the Superior Court level. However, the Alaska Supreme Court overturned that ruling in 2016. The borough spent about $500,000 on that lawsuit.

Most of the candidates say they would not pursue further litigation. Bockhorst was borough manager when the lawsuit was going through the court system. He said it was the right decision at the time, and likely discouraged state lawmakers from increasing local costs for education.

Bockhorst said if the circumstances are right, he would consider supporting another attempt at a lawsuit.

Other questions submitted for the assembly candidates focused on alternative energy, the borough budget in general, school funding in particular and economic development.

Below is a recording of the entire two-hour forum.