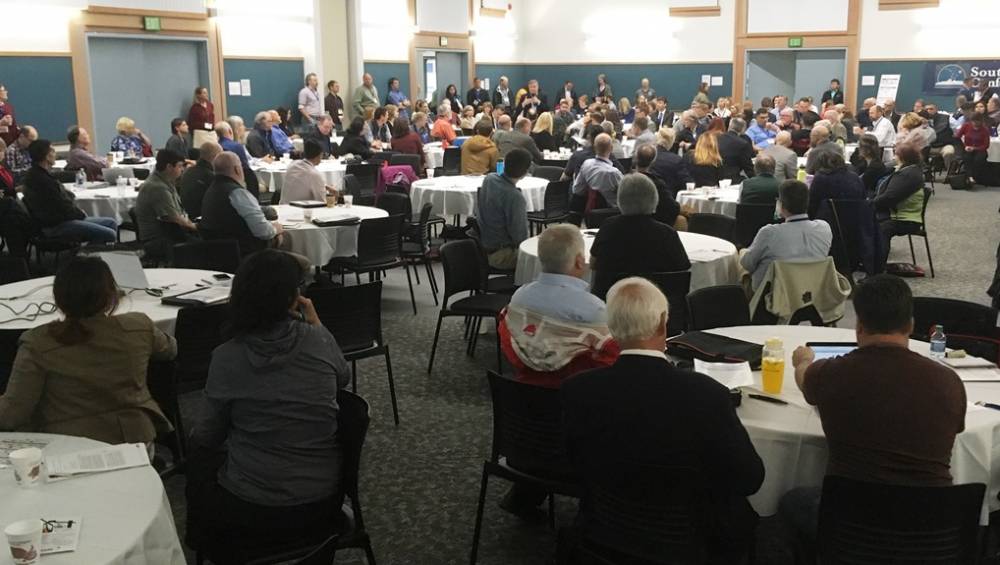 Based solely on applause, Gov. Bill Walker appeared to be a favorite among the crowd attending a gubernatorial candidate forum hosted by Southeast Conference Wednesday in Ketchikan.

While all three candidates for Alaska governor received a round of applause following opening and closing statements, the level of clapping for the incumbent outpaced that of his challengers, former state Sen. Mike Dunleavy and former U.S. Sen. Mark Begich.

The candidates answered questions submitted by audience members for about 75 minutes. There was a strict time limit for answers, so the moderator — Southeast Conference Executive Director Robert Venables – was able to cover a lot of ground. 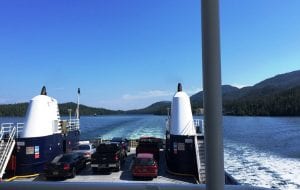 “Is this a process you can support and give due consideration to the recommended outcomes?” he asked. “What is your approach to making the Marine Highway System more viable in the foreseeable future?”

Walker, who is unaffiliated with a political party, had the first opportunity to answer. He said he signed an agreement with Southeast Conference to move forward with that reform process, and he continues to support the effort.

Budget cuts have restricted the number of ferry runs, as have ferry maintenance issues as the fleet gets older.

Begich, a Democrat, said he’s a fan of the Marine Highway System and rode it every summer when he was growing up in Anchorage.

Begich said the system needs updating, and needs to be a service Southeast residents can rely on. He adds that state officials must accept it will always need some kind of state subsidy, just like roads and bridges throughout Alaska.

Dunleavy, a Republican, supported budget cuts to the Alaska Marine Highway System when he served in the state Senate. But, he told the audience Wednesday that he understands the ferry system is important to Southeast.

“I support what the group is doing and I look forward to working with that group and finding efficiencies and making the Marine Highway System a sustainable system for generations to come,” he said. “I think if by putting our collective heads together, we can come up with some ideas that will get us there.”

The forum was packed with up to about 400 people. Other questions submitted covered each candidate’s fiscal plan, seafood and fisheries management, encouraging new business in the state, and protecting the environment.

Here is a recording of the full 75-minute debate:

The gubernatorial candidate forum was part of Southeast Conference’s annual three-day meeting, which started Wednesday. We’ll have additional reports from the meeting this week and next.