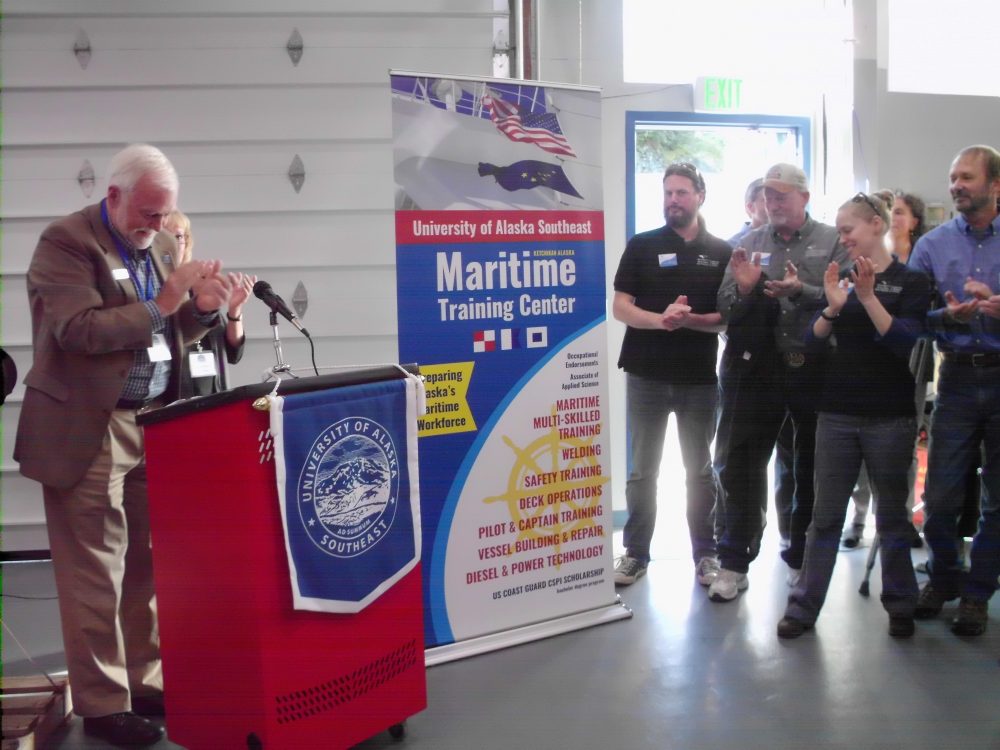 UAS Ketchikan Campus Director Priscilla Schulte says renovation of the building began over four years ago. She says classes in the welding and diesel labs have been open for several months, and the final phase was completion of the maritime bridge simulator. Schulte says the Maritime Training Center focuses on trades associated with the maritime industry. 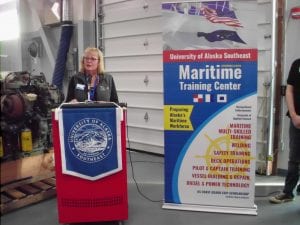 Schulte says all of the classes are U.S. Coast Guard approved. Degrees include Associate of Applied Science in marine transportation with an engine room emphasis or deck operations emphasis.

“We train over 400 mariners every year, and we’re getting prepared to train a new generation of mariners.”

“We work with high school students in dual enrollment or tech-prep. We work with those students who are just coming out of high school and taking their very first career and technical education class,or they’re on a pathway to a baccalaureate or graduate degree. It’s all the University of Alaska. So we have a very broad mission, and we take that very seriously.”

Caulfield says, until recently, a sign on the building read “Ketchikan Community College.” He says around 1988 three college campuses – Juneau, Sitka and Ketchikan – were merged into the University of Alaska, Southeast.”

“And you’ll notice the word is ‘Southeast.’ It’s not ‘University of Alaska with branch campuses.’  Wise people long ago said ‘Southeast Alaskans need to work together. We’re better by having programs that serve the entire region.’ And that is what we have today.”

Caulfield says UAS Ketchikan has taken the leadership role in maritime training. He says outreach programs and lower tuitions are resulting in increased enrollment in vocational- technical classes at UAS.

After thanking the community and all who make the project possible, Caulfield invited faculty of the center to step forward.

“If you could stand right over there and we will remove the veil and this will reveal the new name of this facility which is the University of Alaska, Southeast Maritime Training Center (applause).”

Tours of the facility were given and information about classes distributed. Funding for the renovation project was provided through a US Department of Education Title III grant.