City of Craig voters on Tuesday will consider an ordinance to eliminate the city’s property tax.  The petition was submitted by residents Andy Deering and Lisa Radke. When asked for comment, Radke suggested viewing two YouTube videos she and Deering created.

The first video focuses on why they oppose property tax.  In it, Deering says property ownership is a fundamental right, but with a property tax, one can never really own property.

“It’s not a lot different than it is if I rent a place and I fail to pay my rent. The landlord actually owns the place and he can kick me out. Essentially the way it is with property tax in Craig is that the City of Craig Corporation really owns the land, and even though you own title to that land you are essentially just a tenant paying rent.”

In the second video, Deering offers suggestions on services to cut and other sources of revenue, which he says total about $1 million. He says he supports funding essential services – water, sewer, roads, trash collection and harbors. Deering believes other services can be reduced or eliminated. He proposes reducing the police force. Another suggestion is closing the pool during the summer. 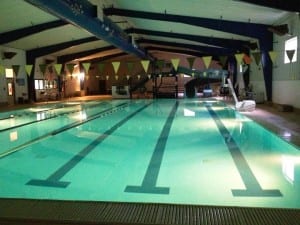 “All the swimming lessons take place and the school swimming activities take place during the school year, in the winter, when the pool is open. It’s also on part of the public record that the Craig pool gets most of its local attendance in the winter. People are busy in the summer.”

Deering says the pool is closed for maintenance part of the summer and that closure could be extended.

If the measure passes, elimination of Craig’s 6-mill property tax would be effective July 1, 2025.  In his video, Deering says this will allow the city six years to gradually eliminate services or find other revenue sources.

Craig City Manager Jon Bolling says this year, property tax brought in about $650,000, about one-fifth of the city’s General Fund revenue. If the measure passes, Bolling says the city would have to decide which services to cut or find another source of revenue.

“I really couldn’t say which services might go away or might be reduced because that would be a council call. But we’d have to look at certainly some changes into how we fund local services.”