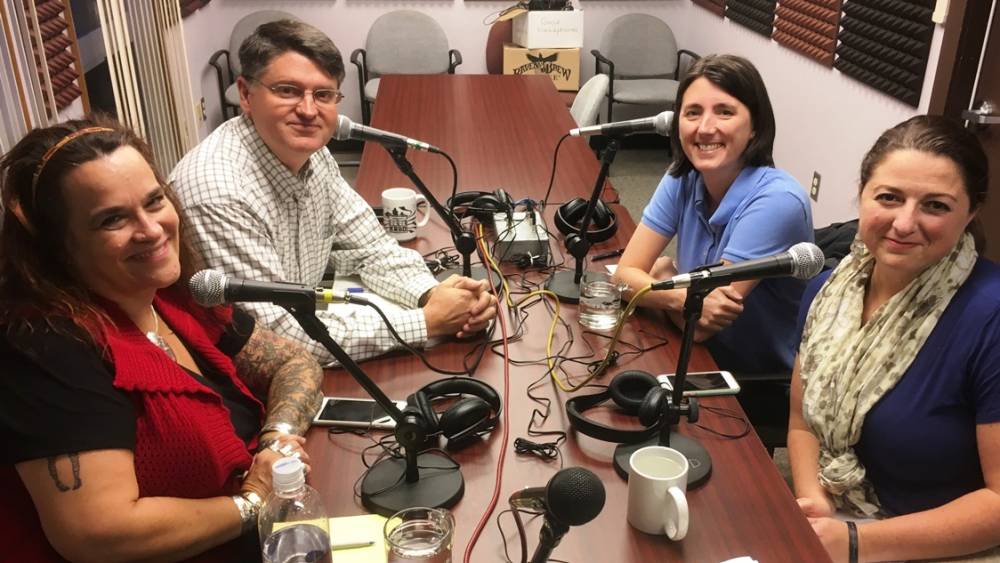 Here is a summary of that forum:

Lana Boler and Matt Eisenhower are on the Ketchikan School Board. Eisenhower is completing a three-year elected term, and Boler is finishing up an appointed term that started in February of this year.

Bridget Mattson and Sonya Skan are new to the local political scene, as is Rachel Breithaupt, who also is on the ballot for one of the three three-year school board seats. Breithaupt was just appointed to a one-year vacant seat on the board, but still can be elected to a three-year seat.

Whoever is elected will immediately have to get up to speed on teacher-contract negotiations. Those have been ongoing for more than a year. Teachers are working on a contract that expired in spring of 2017.

Boler said it has been a challenging process for everyone. While negotiations had stalled earlier this year, she said there has been recent progress.

“I’m fully supportive of continuing to meet as often as we can and have those conversations until we can reach an agreement,” she said. “I’m hopeful. I think that we will get all of the little pieces together to make the whole pie and get a contract, absolutely. And we will need time to heal from this lengthy process, there’s no doubt about it.”

Both sides had declared an impasse and scheduled an arbitration hearing. They now have agreed to additional talks on Oct. 3, and to try mediation again. They’ll meet with a mediator on Nov. 27.

Skan said she believes too much is happening behind closed doors. As a result, she said, the public feels left out of the negotiations process, and unheard. Skan suggests providing more public information, when possible.

“I know that there’s contractual things and things that are private, but I think there are things that need to be brought out,” she said. “It’s not fair to the public to hear two very different sides and not know wherein lies the truth.”

Mattson said she looks forward to participating in teacher contract negotiations, and would work to de-escalate the strong emotions that have built up as the process has continued. She said it would be helpful to have a board member present during negotiations.

In response to a question from a listener, Mattson half-jokingly suggested an “out of the box” solution to finding common ground.

More seriously, she said the board should be willing to meet and talk as often as needed to reach an agreement.

Eisenhower said everyone involved in the process wants the best outcome possible for students of the Ketchikan School District. He said with new leadership on the board, they should be able to resolve remaining contract disagreements.

Eisenhower said one positive outcome of the contentious negotiations is that the public is much more aware of how the school district works.

“Two or three years ago I used to complain that nobody cares, nobody shows up to meetings,” he said. “Now, virtually every meeting is packed. A meeting is short if it runs three and a half hours. In that way, the process has been great. Another thing is I think people understand how our school district is paid for.”

Eisenhower said what’s needed is some kind of funding certainty, so the school board knows how much money it will have to spend on things like teacher salaries.

All the candidates agreed that if the public supports more funding for education, voters need to choose Ketchikan Gateway Borough Assembly candidates who share that value.

The four school board candidates also discussed the board’s independent investigation of the district’s actions related to Doug Edwards, a former teacher accused of sexual abuse of a minor; along with policies regulating class size; and how to support alternative teaching methods and vocational education.

The local election is Tuesday, Oct. 2.

Below is a recording of the entire forum.