Motocross proposal back in front of Ketchikan Borough Assembly 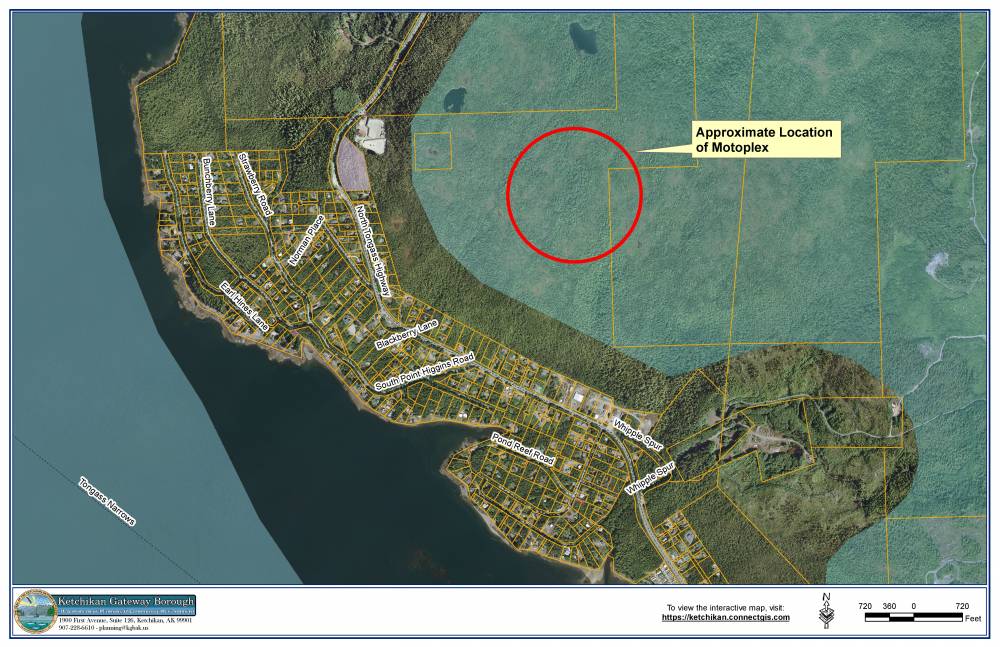 A proposed motocross facility would go on land owned by the Ketchikan Gateway Borough. The assembly will hear a presentation on Monday. (Image from assembly meeting packet)

A group that hopes to build a motoplex on borough-owned land off North Tongass Highway will give a presentation Monday to the Ketchikan Gateway Borough Assembly.

The group first brought the request in front of the assembly in March, but assembly members asked for a more detailed plan. There also was concern about noise.

Since then, Lee Brock, president of the nonprofit Thunder Mountain Raceway Park Inc., has developed a business plan to develop and use the site near Mile 13 North Tongass.

According to the proposal, that development would include a community meeting, a hearing in front of the borough planning commission, a safety plan, and subsequent approval of all plans by the borough assembly before proceeding with any construction.

Building a road to the site would be the first concrete step.  Once the motoplex is constructed, it would offer different types of racing, including drag races, go-kart races, motocross, legends-car races and bicycle races. The group would charge entry and admission fees to cover costs.

According to the proposal, an informal noise study was taken by firing guns at the proposed site and measuring the noise at homes down the hill. The report states that readings didn’t move much beyond background noise levels.

The assembly is scheduled to discuss the proposal in work session, and consider directing staff to work with Thunder Mountain Raceway Park organizers on their plans.