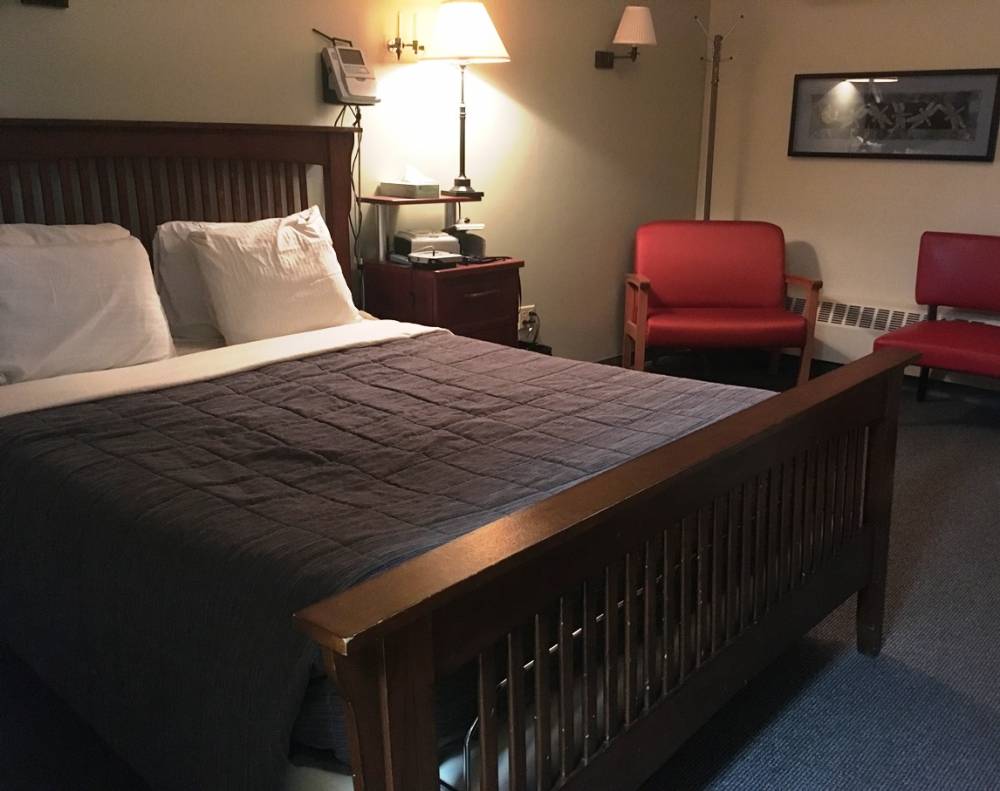 Up to 70 million Americans have some kind of sleep disorder that keeps them from getting the recommended 7-9 hours of shut-eye per night.

We can try to improve sleep by changing behaviors – like cutting out caffeine earlier in the day. Other times, though, we need a little help.

PeaceHealth Ketchikan Medical Center’s Sleep Center is a source of help for southern Southeast residents. And, the center just recently earned its accreditation from the American Academy of Sleep Medicine.

Mike Matthews is supervisor of Ketchikan’s Sleep Center. He’s showing me the center, which is a couple of bedrooms and some offices in a wing of the local hospital.

The bedrooms are there for patients who have consulted with a doctor, and need a sleep study to confirm whether they have a disorder. Matthews said for that, the patient comes in, gets settled into one of the bedrooms

“And we hook them up to probably 26 different sensors, and then we point a camera at them and tell them to go to sleep,” he said.

And how does that work out? 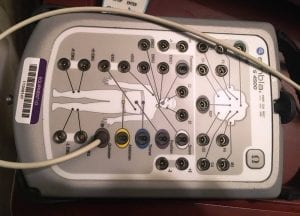 Patients at the Ketchikan hospital’s sleep center are hooked up to 26 sensors before a sleep study. (KRBD photo by Leila Kheiry)

“It generally works out pretty good, because most people with sleep apnea are pretty sleepy and tired during the day,” he said.

Sleep apnea is the most common sleep disorder. If a patient has it, symptoms are picked up through those 26 sensors, and a technician watching the readout from a nearby room can see it.

Patients can need more than one sleep study to establish the best treatment.

“Typically, we’ll do a diagnostic sleep study followed by what we call a CPAP-titration study. One is diagnostic, because we have to prove to the insurance company that you do indeed have sleep apnea for them to be able to pay for the equipment,” he said. “Then after we prove it, we need to know what mode of therapy and pressures that are correct for the patient.

A CPAP machine is the standard treatment for sleep apnea, a condition where a patient’s airways close during sleep, and they stop breathing.”

CPAP stands for continuous positive airway pressure. It’s basically a mask the patient wears when sleeping, hooked up to a little machine that blows air – gently – up the nasal passages in order to keep the airways open.

Because breathing is important.

“When you have an event when your throat is obstructed, your oxygen levels dip and your body reacts by releasing inflammatory chemicals into your bloodstream,” said Dr. Dave Morison, one of the physicians for the sleep center.

He said those chemicals – like epinephrine – over time can damage blood vessels, and lead to stroke or heart disease.

Morison said in men, sleep apnea affects 15 to 25 percent of the population.

“So about 1 in 5, and for women about 5 percent until they hit menopausal age, and then their risk goes to about the same as men,” he said.

Morison said insomnia is another common sleep problem. Treatment for that is primarily through behavior changes – establishing good sleep hygiene. 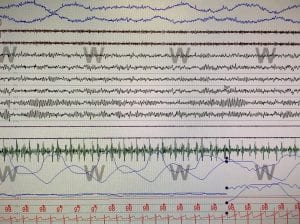 A computer-screed readout of an anonymous patient’s sleep study results. The sensors show muscle movement, breathing, oxygen levels and when a patient starts to dream. (KRBD photo by Leila Kheiry.

That means keeping the bedroom quiet and dark, removing the television from the bedroom and not using any devices, such as cell phones or tablets, in the bedroom.

“The other thing you can do is, if you don’t fall asleep within 20-30 minutes, you really shouldn’t stay in your bedroom,” Morison said.

Instead, he said, get up and go somewhere else. Do something relaxing until you feel sleepy and then try again. The goal is to train your brain to associate the bed with sleep, and only sleep.

Well – almost only. Here’s Matthews again: “There’s usually only two things you do in the bed, and one is sleep. The other is relations.”

There are about 80 sleep disorders. Matthews said some of the others the center has seen are narcolepsy and restless leg syndrome. Those can be treated through medication.

The Ketchikan sleep center’s accreditation was announced in early November. It means the center met or exceeded certain standards of care established by the American Academy of Sleep Medicine. The accreditation is good for five years.