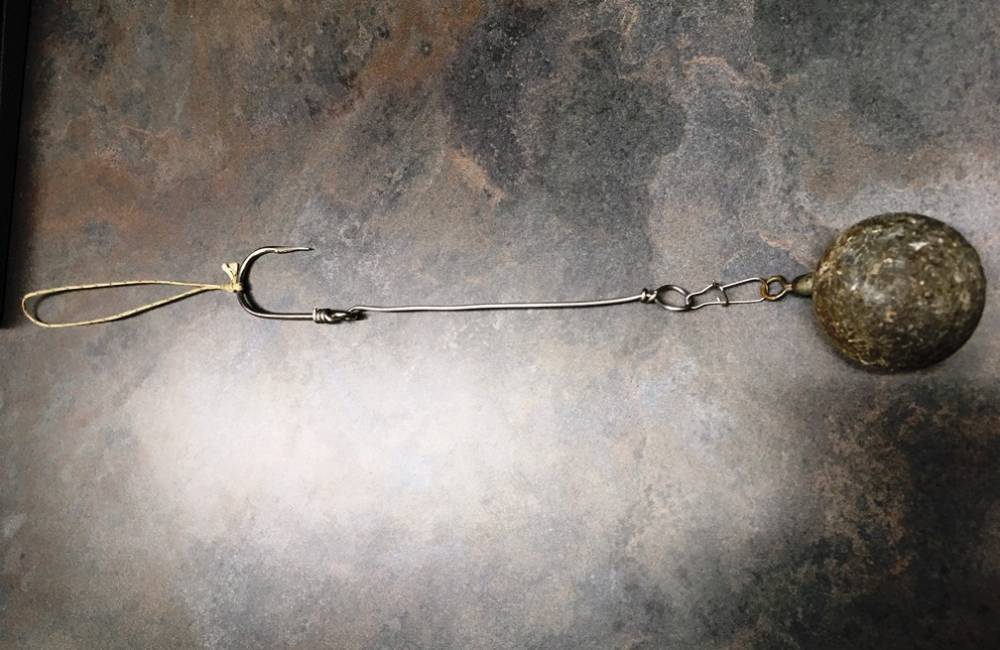 This simple device can help save rockfish that have to be thrown back. Ketchikan musician and fisherman Brian Curtis makes them, and sells them at gigs. (KRBD photo by Leila Kheiry)

As KRBD’s contribution to CoastAlaska’s “Alaska Made” series, we have this report about an easy-to-build gadget made just for recompression.

Ketchikan-based band Ratfish Wranglers has a rap all about rockfish recompression.

Rockfish live in deep water. When they’re caught and brought to the surface they can’t swim back down on their own.

“So they float on the surface, generally, until an eagle picks them up,” said band member and fisherman Brian Curtis.

He doesn’t fish to feed eagles. So he built a simple gadget. 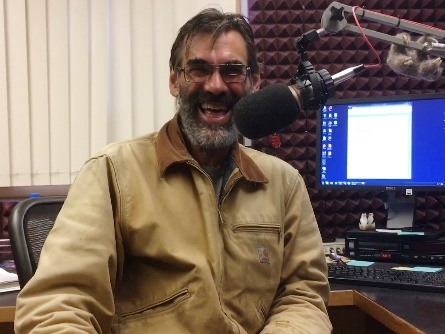 Brian Curtis is a fisherman and a member of Ketchikan band the Ratfish Wranglers. They sing about rockfish recompression, and Curtis makes a simple device to accomplish that soon-to-be-required task. (KRBD photo by Leila Kheiry)

“This is a rockfish recompressing device,” he said, holding up a hook attached to a line and a weight.

And what is a rockfish recompression device?

“It will take a rockfish from the surface suffering from barotrauma back down to the depths (from) where it came, and recompress him in so doing,” Curtis said.

Barotrauma is damage caused by a quick change in pressure. Rockfish have a swim bladder that’s filled with gas, and that helps them stay in deep water.

Kelly Reppert is an Alaska Fish and Game biologist.

She said: “When a non-pelagic rockfish is brought to the surface, the gas in the swim bladder expands, resulting in pressure-related injury referred to as barotrauma. This includes bulging eyes, a protruding stomach and other unseen internal injuries.”

Starting in 2020, fishermen in Southeast will be required to return unwanted rockfish to deep water.

“All anglers fishing from a vessel that are releasing rockfish will be required to have in possession and use a deep-water release device,” Reppert said.

Charter fishing boats must have and use recompression devices already. The new rule expands the requirement.

There are a number of deep-water release devices that meet that requirement. But Curtis thinks his is probably the simplest.

“You can find all of these materials in the average tackle box,” he said.

Those materials are: A barbless hook and 20-ounce weight attached to a fishing reel on a sawed-off rod. That’s it.

He keeps it on his boat, ready to use. If he reels in a rockfish he doesn’t want – or can’t keep because he’s reached the bag-limit – he puts the barbless hook on its lower jaw and throws it back head first.

“You don’t backlash or anything at that point,” he said. “And it goes all the way to the bottom, dragging the rockfish headfirst by the barbless hook. By the time it gets to the bottom, all you really have to do is reel up and now the hook is pulling out. You don’t have to jerk, just reel up.”

Those instructions, and other options, are detailed in the Ratfish Wranglers’ rap.

“I like to think that every time we sing that song and we talk about it a little bit, we actually save the lives of little fishies,” said band member Ray Troll.

He said the song and accompanying music video were commissioned by the National Oceanic and Atmospheric Administration. There are two version of the YouTube video. The short version is just the song.

“One is longer and walks people through the steps,” Troll said. “By the end, you will be a barotrauma specialist.”

Curtis has sold his recompression kits at Ratfish Wranglers’ shows.

“They were popular,” Curtis said. “I wanted people to see how simple they were: ‘Oh, I could make that.’ Yes, you can make that.”

Recompression will earn fishermen some karma points, Curtis said. And pretty soon in Southeast, it also will be the law.