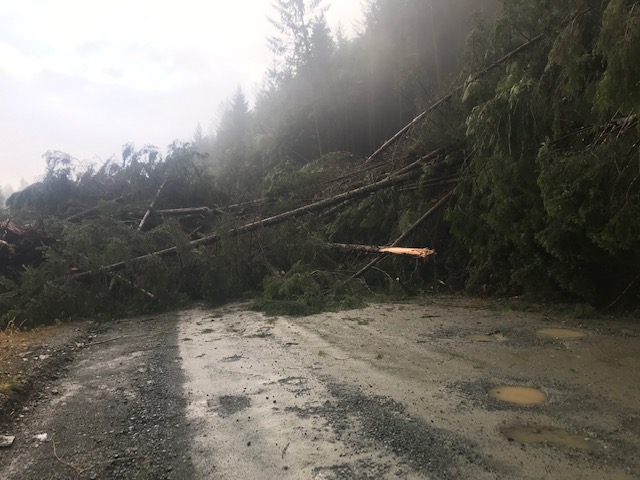 The main road into South Thorne Bay and Kasaan on Prince of Wales Island remains blocked by debris from Tuesday’s large landslide.

The City of Thorne Bay plans to officially declare a disaster emergency, according to the city’s website. Employees with the U.S. Forest Service were assessing the slide on Thursday and will make recommendations for clearing the area.

The road is not a state road, according to Alaska Department of Transportation spokeswoman Aurah Landau. But, the DOT foreman on Prince of Wales did go take a look at the slide on Wednesday. Landau says the power company also was on site, working to repair downed poles.

According to the Alaska Power and Telephone Facebook page, crews have put affected customers on emergency diesel power. Normal power will need to wait until the road has been cleared.

While the main road is blocked, residents can use boats, or a logging road that goes around the closed-off zone. According to the City of Thorne Bay website, the Lake Ellen road is passable for now, and connects to Kasaan Road at Tolstoi Bay. Entrances are marked with signs.