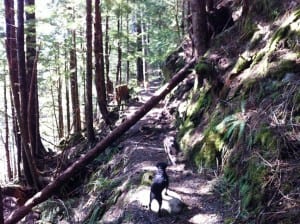 A resolution asking the state Board of Game to issue an emergency order for a setback on traps for trails and public roads within the Ketchikan Gateway Borough is on the assembly agenda for Monday.

Assembly Member Judith McQuerry submitted the resolution for consideration. In her sponsor statement, she writes that Ketchikan has many recreational trails and miles of road that are used by a variety of groups. Those groups include hikers with pets and children.

McQuerry writes that sharing trails and roads with no setback for traps could be fatal for people and pets.

The proposed resolution asks the state board to issue an emergency order limiting trapping in the Ketchikan area to no closer than 150 feet from public trails and roads.

An emergency order is requested because this year’s deadline to request a formal regulation change has passed.

Until recently, the U.S. Forest Service had a 150-foot trapping setback for some of its trails on Ketchikan’s road system. That regulation was rescinded in November. Forest Service officials said it’s up to the state to regulate trapping.

Also Monday, the assembly will consider a $50,000 contract with Gallagher Benefit Services, Inc., to conduct a compensation study for the borough. The assembly also is scheduled to hear presentations from the Alaska Mental Health Trust Authority and the U.S. Census Bureau.