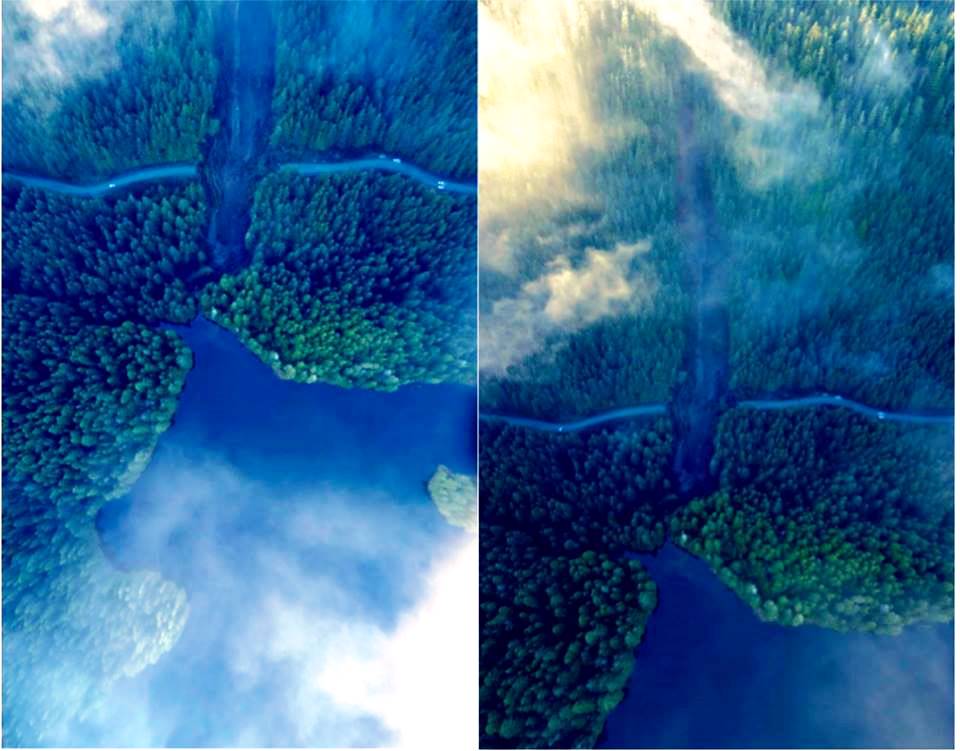 This aerial photo from the Organized Village of Kasaan’s Facebook page shows the extent of a Jan. 1 landslide. The slide likely won’t be cleared until spring.

The communities of Kasaan and Thorne Bay on Prince of Wales Island are working together to improve an old logging road that temporarily will provide the only vehicle access to residents cut off by a huge landslide. Because the main road likely won’t be open again for a couple of months.

Goose Creek-Kasaan Road is the primary access road to South Thorne Bay and Kassan. It’s closed due to an estimated 1,600 to 2,000 cubic yards of debris that slid down the hill onto the road during a big rainstorm on New Year’s Day.

The road is a U.S. Forest Service road. Work to clear it is delayed in part because of the federal government shutdown, although Forest Service employees have been at the site, assessing what needs to be done.

According to information posted online from Kasaan and Thorne Bay officials, the debris can’t be simply pushed off the road because of a salmon stream below. It also needs to be moved carefully because of remaining instability on the hillside above.

A group called the South Bay Community Association released a statement recently stating that Kasaan had started work clearing the road. However, Kasaan Incident Commander Sara Yockey wrote in a memo this week that the community was using an excavator at the site only to help Alaska Power and Telephone install temporary power poles to restore electricity to residents.

Kasaan is not clearing the road because of the concerns mentioned before, she writes. Yockey estimates that March is the earliest residents can expect the main road to reopen.

The Lake Ellen Road is the alternate route, which takes longer and is an old single-lane logging road. It runs over Alaska Mental Health Trust land. The communities worked with the Trust to allow for improvements and winter maintenance.

The affected residents also can receive some goods and services by boat.