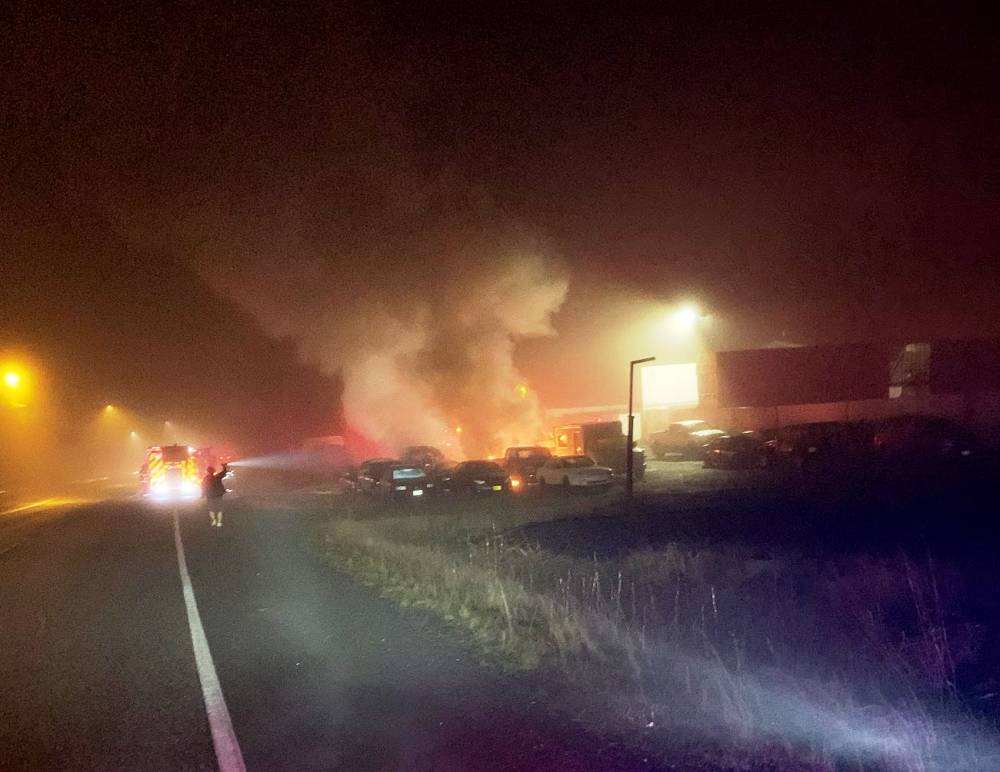 Ketchikan Fire Chief Abner Hoage said Tuesday that the department got the alert at about 9:15 p.m.

“The initial report was just one vehicle, so we responded. As we were on the way, we got additional reports telling us there were multiple explosions, which is not uncommon in a vehicle fire,” he said. “Tires get overheated and they pop. So, it’s not a true explosion, but it sure sounds like it and it can scare the heck out of you when it happens.”

Hoage said when crews arrived on scene, one vehicle was fully involved, and other vehicles parked in the auto-repair and service business were exposed to potential damage.

“Vehicle fires are pretty quick knock-downs, so within maybe 10 minutes of an engine being on scene, we had the fire knocked down,” he said. “And another 15 minutes or so, we probably had the fire completely out at that point.”

Hoage said foam was used to extinguish the fire, because of all the petroleum products contained in vehicles.

He said six vehicles were damaged in the fire, which is still under investigation. He said it appears to have been intentionally set. A security camera at the business showed someone there.

“There was an individual in and around the area where the fire started immediately prior to the fire starting, who then promptly left the scene,” he said.

Hoage said no suspect has been identified yet. Anyone with information about the fire can contact the Ketchikan Police Department or the fire department.