Doug Edwards to change his plea 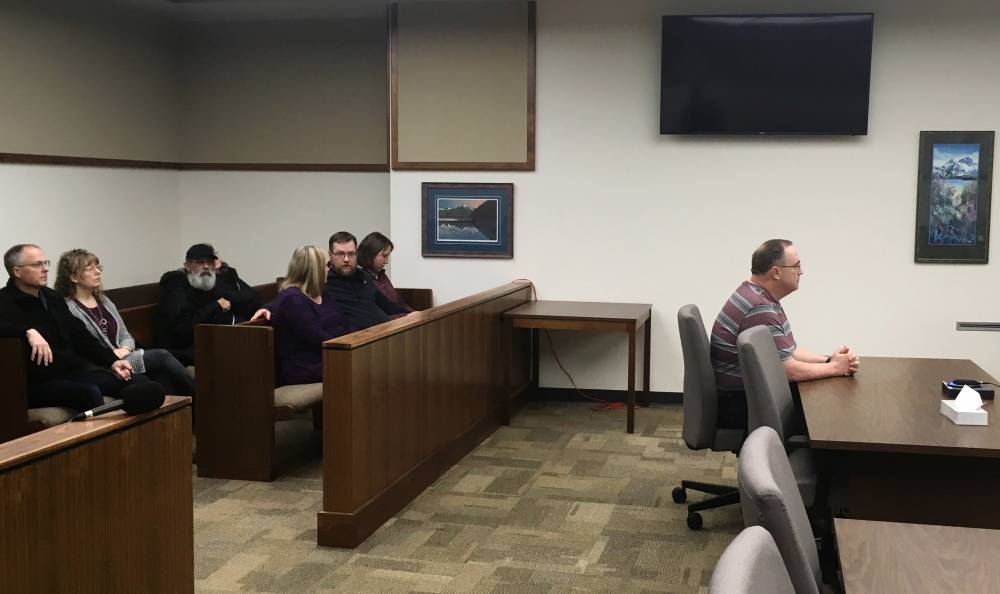 A former Ketchikan High School teacher accused of sexual abuse of a minor has negotiated a change of plea deal with state prosecutors.

A court hearing for that change of plea was scheduled for Tuesday, but had to be postponed because Doug Edwards’ attorney wasn’t able to attend in person. Juneau-based defense attorney Julie Willoughby told the court telephonically that heavy fog delayed her flight to Ketchikan.

State prosecutor John Darnall and the alleged victim’s mother also were on the phone. They agreed to the postponement. Judge Carey set a new change of plea hearing for 1:30 p.m. on Feb. 6.

Edwards, who is out on bail, attended the hearing in person along with some of his supporters. Carey addressed those in the courtroom, saying that Alaskans know sometimes weather just gets in the way.

“It’s definitely important in this situation that, I feel, that the attorney be able to consult personally with her client and vice versa,” Carey said.

Edwards, 60, was arrested in June and charged with multiple felony counts of sexual abuse of a minor. The complaint filed in court by law enforcement said he groped a 14-year-old girl’s chest at the high school, at his home and at the church where he served as a pastor.

Edwards’ arrest was just days after he retired as the high school culinary arts instructor. Although police say he admitted to the allegations, Edwards initially pleaded not guilty to the criminal charges.

An independent investigation commissioned by the Ketchikan School Board last summer indicates there were other complaints of harassment against Edwards since 2013 involving female students and staff members.