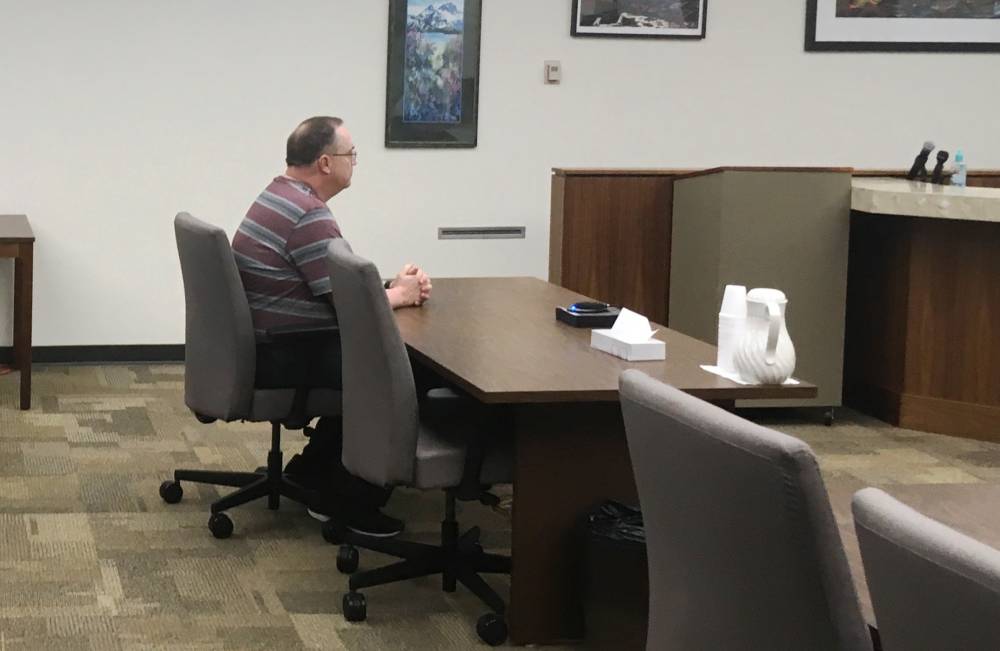 Ketchikan School Board members and Interim Superintendent Beth Lougee assured the public during Wednesday’s board meeting that the district continues to look into its response to complaints of sexual harassment related to former teacher Doug Edwards.

Edwards was arrested last spring and charged with multiple counts of sexual abuse of a minor. Soon after his arrest, the school board commissioned an independent investigation to look into complaints about the former culinary arts teacher.

A summary of the investigation report was released this month, and shows that there were six formal complaints about Edwards between 2013 and 2018. The summary also states that the district followed its policies in responding to most of the complaints.

During public comment, teacher Valerie Brooks told the board that while the district may have followed policies in most of the formal complaints, the policies and the district’s response were inadequate.

“Here’s the point: The board’s policy was surely intended to deal with isolated incidents,” she said. “The Edwards situation demonstrates repeated occurrences of assault and abuse.”

Brooks told the board that those repeated occurrences mean to her that policies were not followed, and she asked that administrators who knew of those complaints be held accountable.

Later, Board Member Bridget Mattson gave a report about the first meeting of a board investigation committee. Mattson said they talked with Lougee about what they want the district to further investigate.

Mattson added that the board is mindful of the public’s concerns. She stressed that the issue will not be dropped or pushed off, and will remain a priority.

Board President Matt Eisenhower is on the committee as well, and said the independent investigation had a narrow scope. It focused on whether policies had been followed. This internal investigation will look beyond policies, he said, and will consider whether professional requirements were met.

During her report to the board, newly appointed interim Superintendent Beth Lougee read a prepared statement regarding the investigation.

“The school district is working diligently and consistently with reviewing policies and procedures outlined by the investigation,” she said. “In addition to reviewing policies, we are training administration and working on timelines to get to the staff and students. Your input, comments and advice are welcome. Please understand that quick fixes may not be felt, but it is important that we put into place actions that are consistent and long-term.”

Also Wednesday, the board talked about a request from the state Professional Teaching Practices Commission for a copy of the full Edwards investigation report, not just the summary released this month. The board’s attorney has recommended denying that request.

The board agreed to ask the Ketchikan Gateway Borough Attorney for additional input, but overall was inclined to not share the full report.

Here’s Board Member Sonya Skan: “I would like to be able to say, ‘Here, community, have all of this information.’ But in the state we’re in now and with everything going on, I think we’re wise to listen to our lawyers in this situation.”

The full investigation report was presented to the school board in December, shortly before then-Superintendent Robert Boyle resigned. Lougee was appointed as acting superintendent at that time.

Also during the meeting, the board voted unanimously to hire Lougee as the interim superintendent through the end of next school year.

That gives the board time to search for a new superintendent.

Doug Edwards has a change of plea hearing scheduled in Ketchikan Superior Court on Feb. 6th.