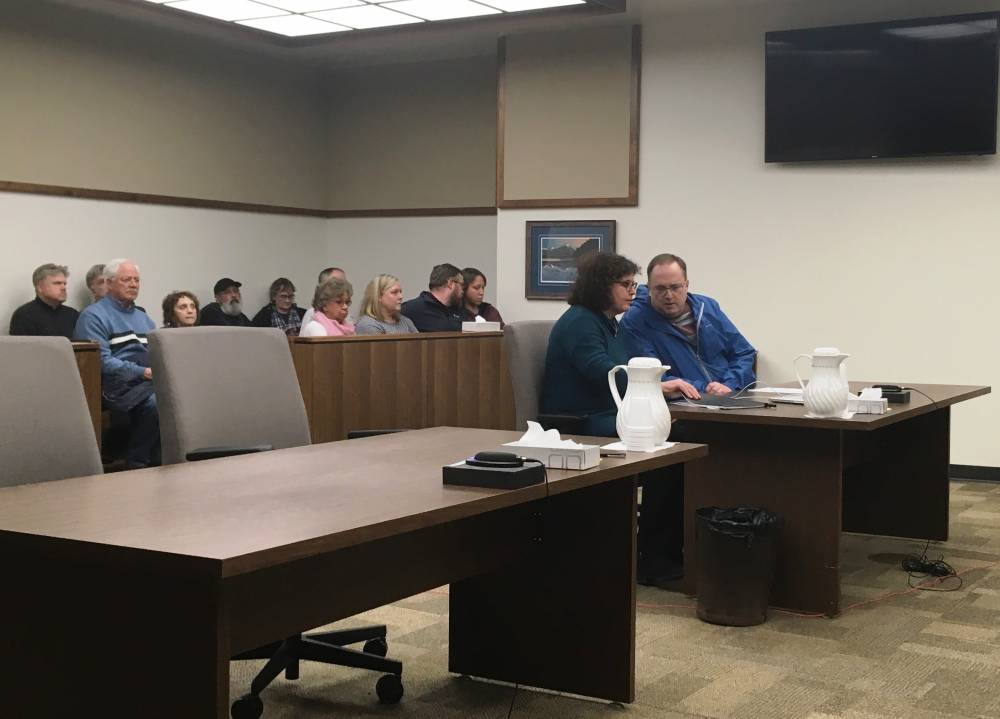 Doug Edwards consults with his attorney, Julie Willoughby, in Ketchikan Superior Court on Wednesday. Edwards pleaded guilty to one count of second-degree sexual abuse of a minor. (KRBD photo by Leila Kheiry)

A former Ketchikan High School teacher pleaded guilty Wednesday to sexual abuse of a minor through a plea agreement that calls for him to serve six years in jail.

Doug Edwards was charged last spring with six counts of sexual abuse of a minor for groping a then-14-year-old girl’s chest at the school, at his home and at the church where he was a pastor. The plea agreement consolidates those six charges into one Class B felony. 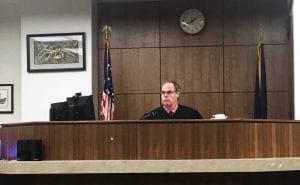 Superior Court Judge William Carey explained what that means to Edwards and others in the courtroom.

“So what this does is consolidate all six into one conviction, however he is basically admitting the conduct in all of them,” Carey said. “And the fact that, even though there is one conviction, it looks like the fact that other acts, multiple acts, are consolidated into this, makes the sex-offender registration requirement lifetime as opposed to 15 years.”

After he’s served his time in prison, Edwards will be required to register as a sex offender, and update that registration every three months for the rest of his life.

The plea agreement called for a sentence of 18 years with 12 suspended. That leaves six to serve, but with “good time,” Edwards could be released after four years.

The plea agreement also calls for 10 years of probation, and for Edwards to provide restitution to the victim.

Carey explained at length the rights Edwards would be giving up by pleading guilty and not proceeding with a jury trial. Edwards responded that he understood.

“Sir, with respect to the consolidated count one and the charge of sexual abuse of a minor in the second degree, how do you plead to that charge?” he asked.

In the meantime, Edwards was ordered to report to jail by 4:30 p.m. Wednesday.

This report has been edited to correct an error in the headline.