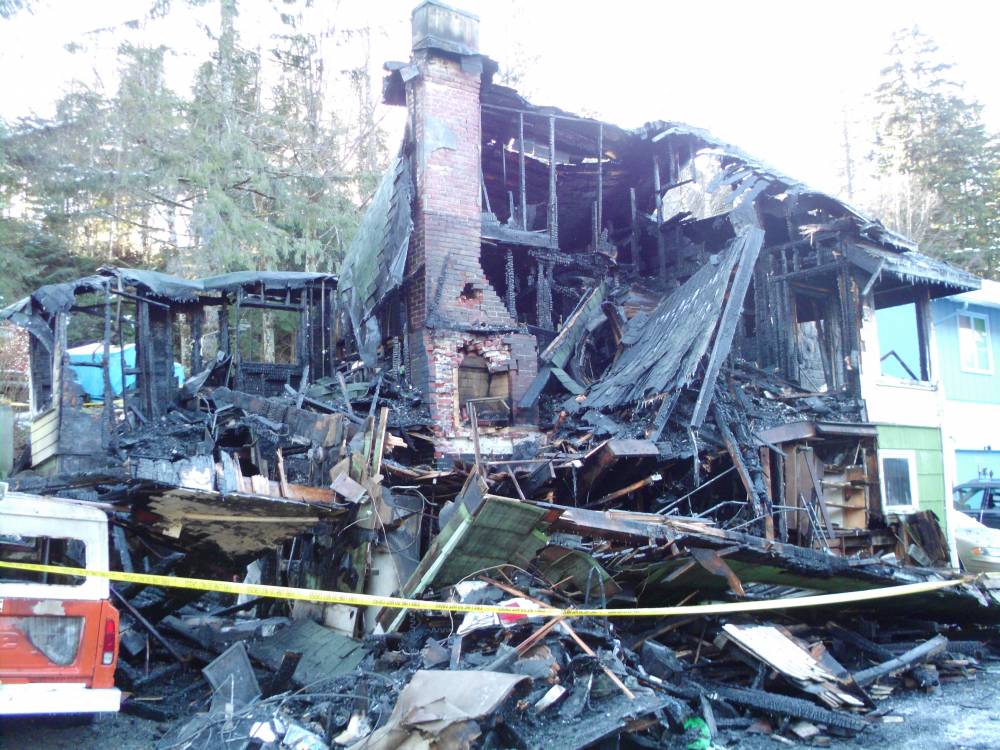 An early morning fire Friday destroyed a home and sent one person to the hospital for evaluation.  Power was out in some areas due to the blaze.

“When they arrived on scene, they did find a three-story structure fully engulfed in flames. During the course of the fire, they did find one victim that had made his way out the window of the house, and was lying between the house and a vehicle that was on scene. Ultimately he was transported to the hospital for potential smoke inhalation and he is being evaluated there.”

Hoage says the man was the only occupant, and no one else was injured.

KPU Electric Division Manager Andy Donato says, out of concern for life and safety, at about 4:30 a.m. power was turned off to the feeder that serves that area. Donato says parts of downtown Ketchikan were without electricity for about an hour and a half.

Peterson Street is located off of Venetia Way, the road that leads up to the Cape Fox Lodge and Ted Ferry Civic Center. Chief Hoage says because water used to extinguish the fire flowed down the street, city crews heavily salted the area to address ice buildup.

“When I went up and checked on it, the streets were fairly clear. But people traveling that area should be extra cautious for any ice or slick spots due to that operation that went on.”

The cause of the fire is under investigation.

This note:  The family reports that the structure is not safe and advises people to stay away from the building.