Some restrictions for Fourth fireworks in Ketchikan 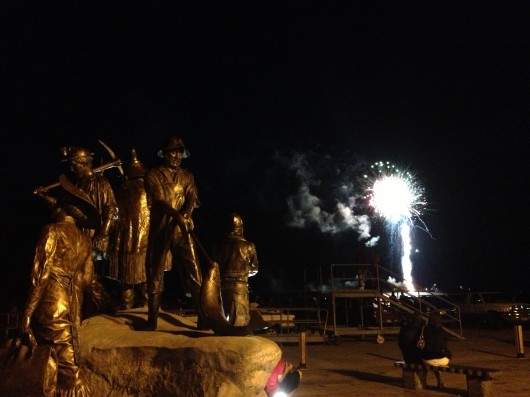 A traditional way to celebrate the Fourth of July is with fireworks. There are some restrictions, though, on where and when residential fireworks can be used.

Within the City of Ketchikan, fireworks are allowed starting at 9 a.m. on July 4th. Those celebrating with fireworks must stop by 1 a.m. The use of mortar fireworks is not allowed at any time. The city can fine people who violate fireworks regulations.

Ketchikan Gateway Borough code prohibits the sale, possession and use of fireworks within the borough at any time without a permit.

According to a news release from the U.S. Forest Service, fireworks are not allowed at any time on the Tongass National Forest, regardless of weather conditions. With the current drought, the news release stresses the need to avoid fireworks on public lands within the Tongass.

This year’s Fourth of July parade in Ketchikan starts at 1 p.m. Thursday on Tongass Avenue and Jefferson Street, heading south toward downtown.

Other Fourth events in Ketchikan include food and game booths at The Plaza, the St. John’s Episcopal Church pie sale, and classic cars on display at the First Bank parking lot, all starting at 10 a.m.; the kids parade in downtown starting at 12:45 p.m.; free root beer floats near the museum downtown starting at 4 p.m.; the rubber duck race starting at 5 p.m. at Ketchikan Creek; the Alaska Ironjack Competition starting at 5:30 p.m. at the Great Alaskan Lumberjack Show arena; and community fireworks starting at 11 p.m. from a barge off Pennock Island.