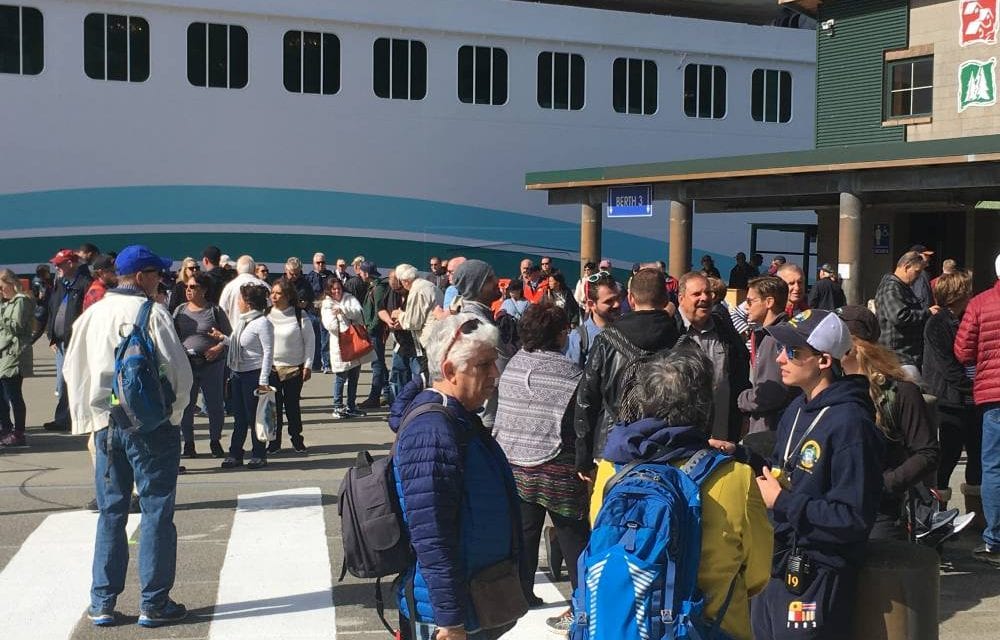 The Ketchikan City Council on Thursday will consider introducing an ordinance to move forward with a request for proposals from cruise industry businesses interested in partnering on downtown port development. Ketchikan’s port currently is limited in how many larger ships can dock, and downtown infrastructure isn’t geared toward a significant increase in cruise passengers. The city’s RFP process would rely on an industry partner paying for improvements.

The ordinance would need to be accepted in two readings and would become effective following a 30-day period before a final RFP can be issued and proposals solicited.

The council will also consider an amendment to its contract with Bermello, Ajamil and Partners for the Port Reconfiguration and Execution Strategy. That firm is working with the council in drafting the RFP and the evaluation a Berth I concept. Both are outside the scope of the current contract. The amendment would add $64,400 to the contract.

A special meeting to talk about the port with a representative from Bermello, Ajamil and Partners is scheduled on August 6th.

The Army Corps of Engineers is reviewing a permit application for development of a two-berth cruise ship dock at Ward Cove. Ward Cove Dock Group LLC is developing the project. The council will consider a motion directing staff to take actions required for issuing comments.

In other business, the council will consider awarding a contract to artist Rhonda Green of Salvage Divas for design and construction of a tree topper ornament for the annual Ketchikan holiday tree. The council issued a call to artists in June. The contract is not to exceed $15,000 with funds coming from the council’s 2019 Community Promotion account.

The meeting begins at 7 p.m. in council chambers at City Hall. Public comment will be heard at the start of the meeting.