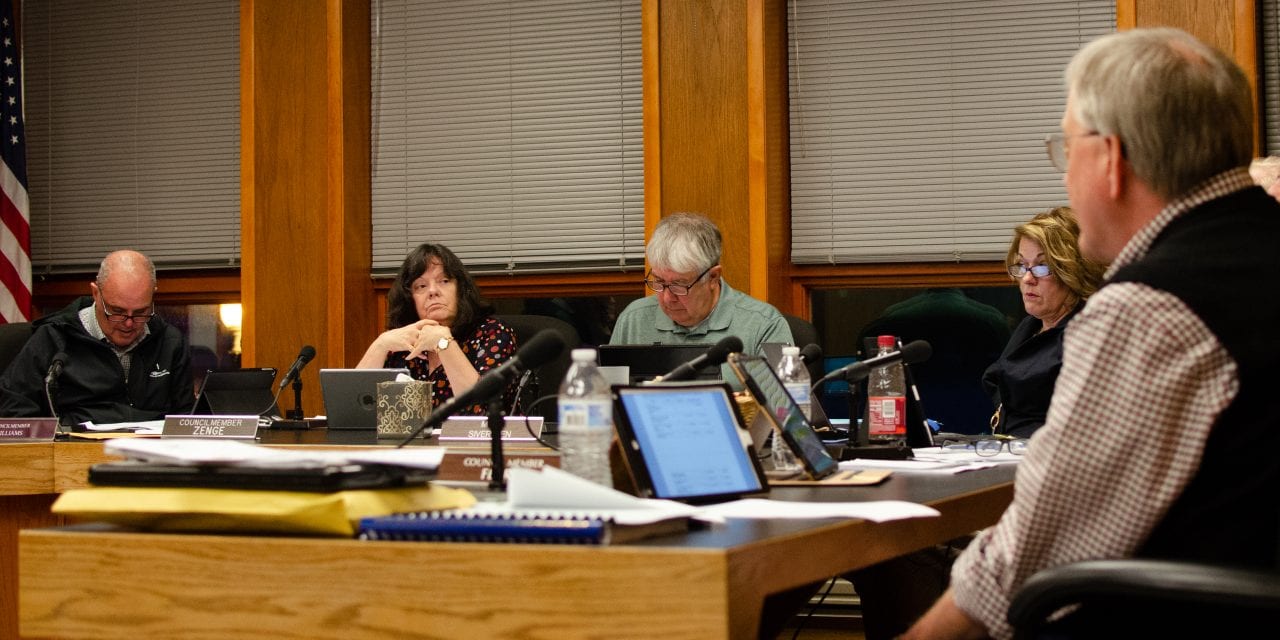 At Thursday night’s meeting, the Ketchikan City Council awarded a $5.9 million contract for the removal of a rock pinnacle near Berth 2 of the city’s port.

The blasting will take place between November 15 and March 15. Port and Harbors Director Steve Corporon says the public will neither see nor hear the blasts.

Ketchikan City Council also gave preliminary approval to a measure that would raise the city’s port fees. However, the council did not include a mechanism to automatically adjust those fees for inflation.

Council Member Mark Flora says when the city has to dramatically raise fees or caps to catch up with inflation, it makes it difficult for businesses and the city to budget.

“If we tied these to some sort of inflationary index, where they went up by smaller increments on a regular basis, while not invisible, I think they’re more manageable,” Flora said.

The tax cap and port fee increases will require final approval at a future meeting.

Elsewhere in the meeting, Ketchikan City Council voted to request additional funds from the Alaska Clean Water Fund and the Alaska Drinking Water Fund for pipe repairs and replacements along Schoenbar Road. The council’s primary concern is with the deteriorating main raw water line, which supplies the town with fresh water.