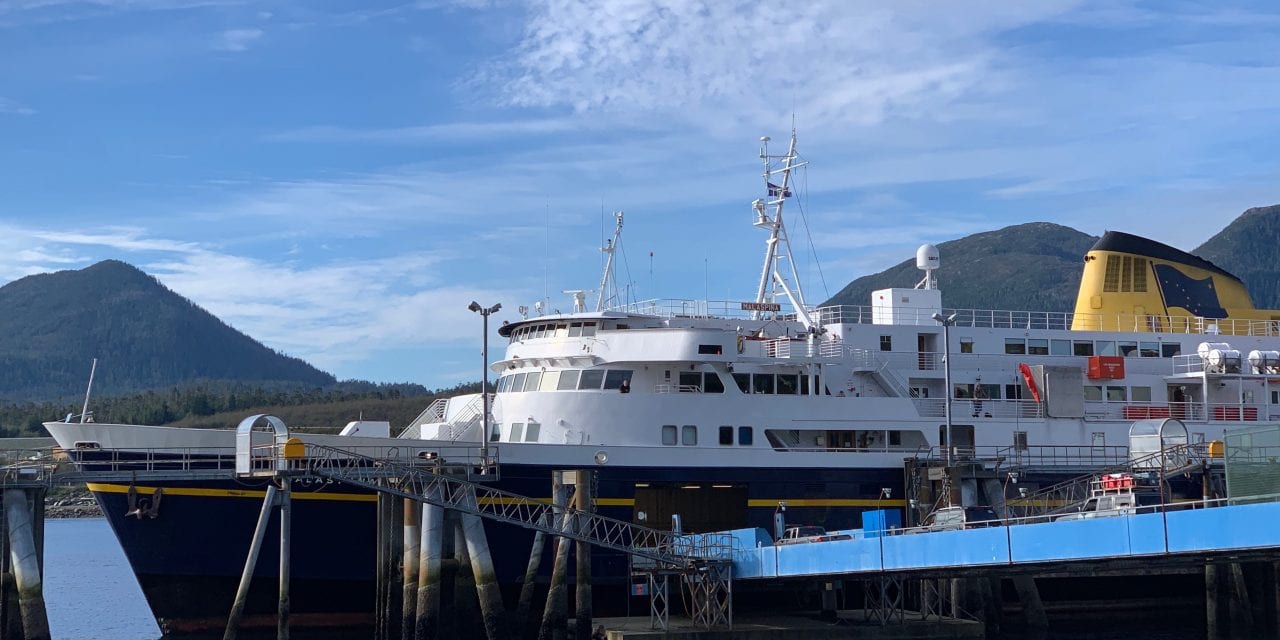 What could be the last ferry from Ketchikan to Prince Rupert, British Columbia left Monday afternoon. The Canada-bound passengers say they’ll miss what was their cheapest link to North America’s road system.

It’s the end of an era. Families, tourists, and seasonal employees line up to get on the M/V Malaspina as crews prepare the ship for its last trip to Prince Rupert. Alaska Marine Highway System ferries have called on Prince Rupert since the system’s inception in the 1960s.

But a dispute between the state and federal government over armed protection for customs officers has left the line in limbo.

The ferry to Prince Rupert isn’t the only way from Ketchikan to the Lower 48. But for seasonal workers who may not have much in the way of savings, Prince Rupert is a money-saving option when compared to the route from Bellingham. From Ketchikan, a trip to Bellingham costs nearly $350 for a single person — and it’s more than $1,000 extra to bring a vehicle.

Compare that to the less than $300 bucks or so Sam Kinney from Omaha, Nebraska paid to get himself and his truck across to Prince Rupert after working here for the summer.

“I was a Jeep, canoeing, and mountain biking tour guide,” he said.

He’s headed down to the Lower 48 to find work for the winter. Taking the ferry all the way to Bellingham, Washington was too expensive.

“It doesn’t take a genius to figure out that over $1,000 for me and my vehicle is a significant cost, even for work,” he said.

He says he wants to return next summer. But maybe not if the Prince Rupert connection isn’t an option.

“So much cheaper going onto Prince Rupert and just driving versus paying however much for the Bellingham — and staying on a ferry for three days, too. That’s not ideal,” Davis said.

And it’s not just workers who rely on the ferry. Bob Widness has lived in Ketchikan since 1981. He says he likes to vacation in British Columbia.

“Well, as often as we can. We work hard all summer, and then our winters we like to get an escape or two,” Widness said.

He likes to take his family out to Smithers, B.C. and do some skiing. He says the route to Prince Rupert gives his family a chance to explore.

“It’s a little easier for us to load up the car and the kids and get these kids learning how to ski and experiencing life off of the island,” Widness said.

Without the ferry, though, his options are much more limited.

“Oh, well it’s going to be a pretty devastating change for sure,” Widness said. “I don’t like the idea that I have to fly to get anywhere.”

And with a family, flights get expensive quickly. Brian Weekly has his family with him on a ministry trip.

“Well, it’s a lot more economical for us to do the ferry system compared to flying all of our kids,” he said.

Even though the Weeklys are heading to the west coast, Brian’s wife Tara says the trip to Bellingham was so much more expensive that it didn’t even merit comparison.

Here’s the back story: U.S. customs agents can’t carry guns in Canada. Earlier this year they asked the Alaska Marine Highway System to contract with Canadian police as armed backup while they check passengers and their vehicles. But Canada says there aren’t enough police — and the cost of hiring new officers was too high. And the October 1 deadline expired before anyone could figure out a work-around.

So — the upshot is a key transit connection between Southeast and the rest of the continent is severed, at least for now.

The last ferry back to Ketchikan from Prince Rupert arrives at 4 a.m. Wednesday.