Borough assembly to hear comments on rezone near Knudson Cove 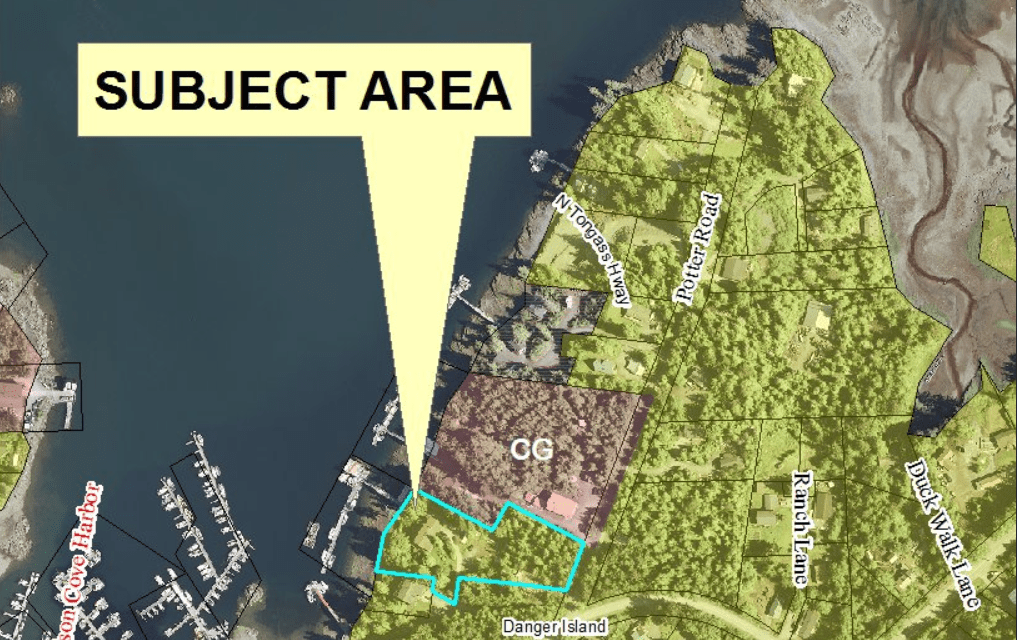 The Ketchikan Gateway Borough Assembly will meet Monday to welcome its new mayor and assembly members. Rodney Dial will head up the borough as mayor. Former mayor David Landis will return to the assembly along with newcomer Austin Otos.

The new assembly will hold a public hearing about a potential rezone at 25 Potter Road in the Clover Pass area. The owners want the assembly to rezone that parcel for commercial use. In their application, the owners say they’d like to turn the residence into a boat rental, moorage, restaurant and retail space.

Several residents wrote to the planning commission with concerns about the change before a September 10 public hearing. Some said they were concerned the move from residential to commercial zoning could open the door for unforeseen uses, like a floatplane dock.

The borough’s planning staff recommends the assembly approve the rezone. But the borough planning commission disagrees — it unanimously voted to deny the application for rezoning at its September 10 meeting.

Two options will go before the assembly Monday: a rezone for general commercial use without stipulations and a substitute proposal that would limit the lot’s uses to those outlined by the owners.

Monday’s meeting starts at 5:30 p.m. in the White Cliff Building.

This story was updated Oct. 5 at 7:50 a.m. to reflect the fact that the borough’s planning staff and planning commission disagree about whether the rezone should go forward.