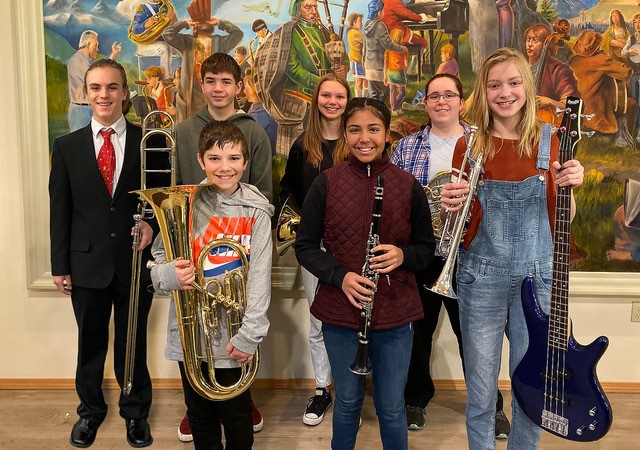 The scholarship fund was started following the untimely death of 16-year-old Ketchikan student Sam Pitcher. He was passionate about music, played in several bands and has attended both the Sitka Fine Arts Camp and Interlochen Arts Camp in the past.

Eighty awards have been given since 2004.

This year, eleventh grader Joshua Ryan received $1,500 to attend the Interlochen Arts Camp in Michigan this summer. His primary instrument is trombone, but he also plays the French horn and sings with the high school choirs. He hopes to become a professional musician.

Kristall Bullock is an 8th grader who plays clarinet and alto saxophone and hopes to teach music. Fellow eighth grader Sophie Cron plays the French horn and trumpet and sings in the choir.

Anna Hout is a 10th grader who plays French horn, trumpet and piano, and Katherine (Lexie) Leach plays trumpet and electric bass. She aspires to become a music producer.