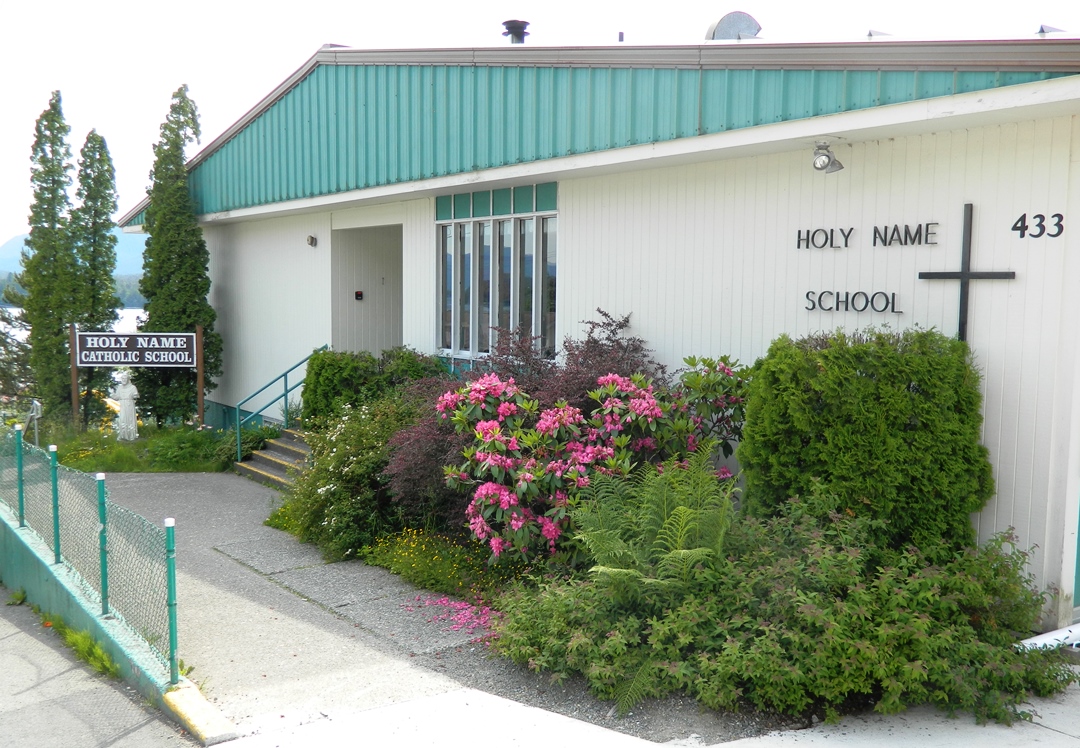 Holy Name is the largest private, faith-based school in Ketchikan and has been in operation for about 74 years. Parents were informed on the First of May that elementary classes would not be offered next school year.

Father Pat Travers, pastor of Holy Name, says enrollment has been down, in part because of the many alternative educational opportunities in the community and downturn in the economy. He says the school likely could have maintained the existing program next year but then, COVID-19 hit.

“But we were planning things like fundraisers. We were planning on recruitment efforts for new students. Basically what happened is all of that was disrupted by the crisis.”

Travers says the school relies heavily on tuition fees, though financial assistance is provided to families that can’t afford them. The annual Alaska Day Auction is a major fundraiser and they also receive private donations. He says during the summer, about 10 percent of the school’s income is from cruise ship passengers.

“We have a special collection for them. We actually send out church vans down to the cruise ship docks on Sunday mornings to bring people up, make the pitch in the course of the Mass. Of course the people enjoy coming to church here. So we rely a great deal on that for financial aid because we have been trying to keep tuition fees down as much as possible.”

He says a large fundraising event was planned that likely would have allowed the elementary school to operate another year, but efforts were suspended due to the pandemic.

Though elementary classes are cancelled, Travers says preschool will continue.

“What we really want to do is have two classes, and each class would have a mixture of half-day and full-day students. Different families have different needs in that respect.”

The school employs six people. Three teachers will be retained to run the preschool. The rest will be let go.

Hazel Brewi is the school administrator. She says some elementary students may be excited about going to a new school, but for others change will be difficult.  Parents were sent an 8-point guide to help them discuss the transition with their children.

“Just things like listening to the student and taking their feelings into consideration and validating those feelings. Expressing, as a parent, that you’re unhappy about this change, but we know that it needs to go forward and be very positive and supportive.”

Travers says the school is hoping to gradually bring back the elementary grades in the future.

“If the preschool can provide a robust enough group of students that we might, before too long, be able to then add Kindergarten and then maybe later on more grades.”

The current school year’s elementary classes are still active with material being sent home and classes held online through the end of the month. Brewi says traditionally, the school holds a picnic at Ward Lake and beach day in early June and hopes they will be able to schedule at least one of those events this summer.