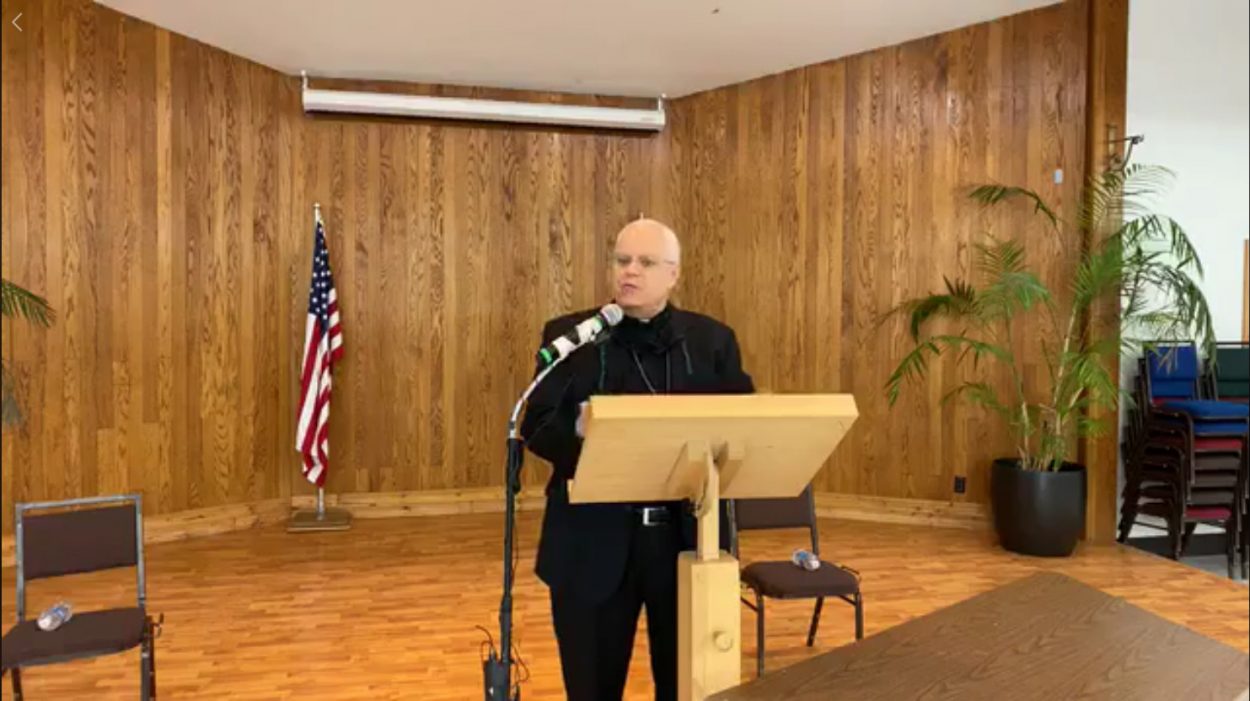 Bishop Andrew E. Bellisario addresses reporters on May 19, 2020 at Our Lady of Guadalupe Parish in Anchorage. The announcement was livestreamed on social media. (Screenshot by Jacob Resneck/CoastAlaska)

The Catholic Church is reorganizing its parishes in Southeast and Southcentral Alaska around a single bishop based in Juneau.

The Vatican announced Tuesday the merger of the Archdiocese of Anchorage and Diocese of Juneau. It will be headed by Bishop Andrew Bellisario, who has led Juneau’s regional parishes since 2017 and administered the Anchorage region since last year.

He told reporters in a livestreamed press conference on Tuesday that the merger will include a huge swath of land area.

“But we’re relatively few when it comes to people and to Catholics in this missionary territory,” he said. “The Diocese of Juneau had been the smallest diocese in the United States by the amount of people. And Anchorage and Fairbanks aren’t too far behind.”

The newly created Archdiocese of Anchorage-Juneau will serve about 30,000 Catholics.

The merger does not include the Diocese of Fairbanks which covers parishes in the Interior and western Alaska.