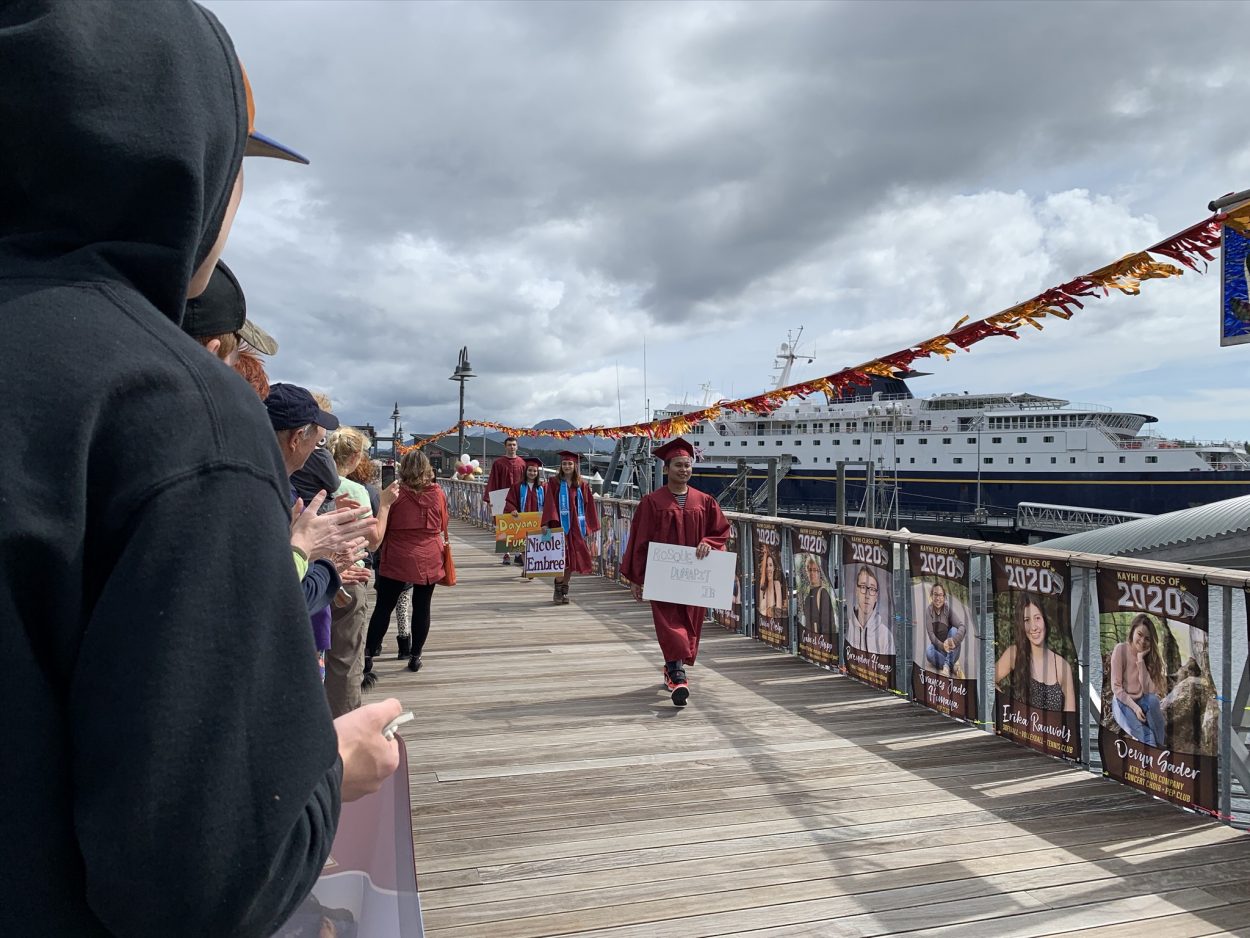 Graduates paraded from Berth 1 to Berth 4 on Saturday. It was Ketchikan’s largest public gathering since the city’s first confirmed case of COVID-19 in March. (Eric Stone/KRBD)

One by one, with masks covering their noses and mouths, they get out of the car. It’s a hundred-yard walk with principal Kurt Lindemann to a table set up in front of the school building. Families yell encouragement from rolled-down car windows as they watched their graduates pump their fists and take off their masks for a picture. 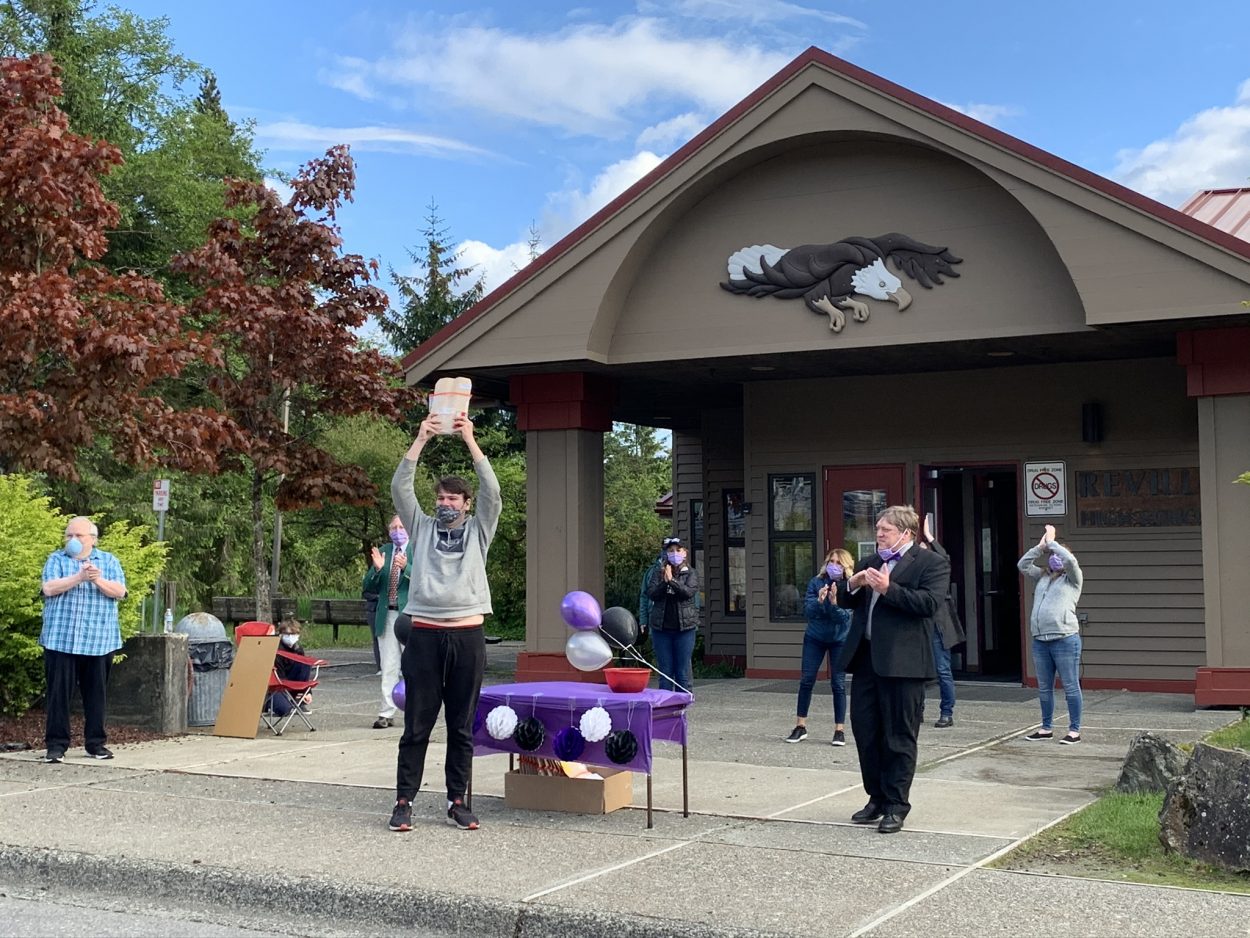 Graduating senior Dean Haines holds his diploma over his head as Revilla staff cheer during the school’s drive-through ceremony on May 26. (Eric Stone/KRBD)

Revilla is a small school serving what the state calls high-risk children. Only a couple dozen seniors graduated this year. The students and staff are close-knit, said Lindemann. He says he wanted to give the occasion a personal touch.

“Although it’s somewhat limited, we wanted to still have that face to face. And that’s why we settled on this model, and I don’t want to get good at it, but I’m really happy with it so far,” Lindeman said.

For its graduation, Ketchikan High School, known locally as Kayhi, went another route.

“They have endured the disappointments of sports seasons not completed, of music and art fests not attended, missed time with friends, and disrupted traditions,” said principal Jason House speaking during commencement via YouTube and local cable channels on Sunday.

Filmed during the final weeks that class was in session, students walked across the stage in the Ketchikan High School auditorium alone, holding their diplomas.

But the real show took place the day before.

On Saturday, hundreds of people gathered along Ketchikan’s downtown cruise ship berths for a parent-organized graduation parade for Kayhi and Revilla grads. The state ferry Columbia marked the occasion with its horn.

Graduating senior Christopher Paule said he was glad to have an opportunity for everyone to come together.

“Ever since this pandemic started, everyone’s been panicking about what we’re going to do for graduation if we’re ever going to have prom,” he said. “Thankfully, we figured all that out.”

Spectators look on from the Arctic Bar on Ketchikan’s waterfront. (Eric Stone/KRBD)

“One person has a bad day, we’ve got a bunch of people to back us up. I’m going to miss that,” she said. “Especially because Kayhi is so friendly, and everyone just picks each other up. If I’m crying in the commons, someone’s going to come and pick me up.”

Perro says she’s hoping to teach both P.E. and English to high schoolers.

“I’m going to be like Coach Stock, because he’s my idol,” she said. That’s a reference to basketball coach Eric Stockhausen.

Hundreds of people watched the half-mile parade, most without face coverings — the largest public event in Ketchikan since the coronavirus pandemic upended everyday life in Alaska.