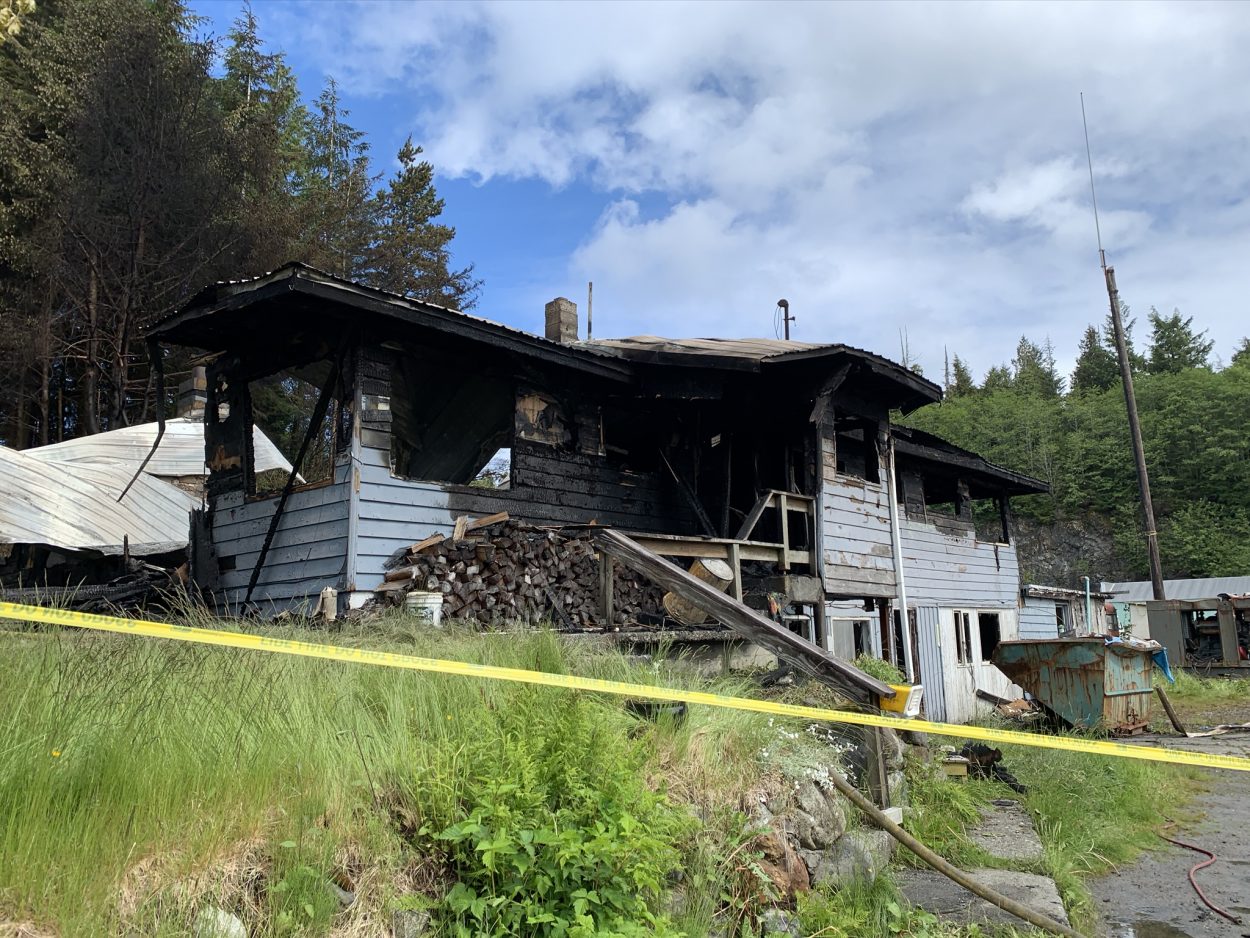 Alaska State Troopers say a man is dead following an Wednesday morning house fire on the north side of Ketchikan. Troopers identified the victim as 90-year-old Paul Enright on Friday afternoon.

“We got a call around 2:00 in the morning for a structure fire,” Kiffer said. “Automatic aid was called, which is an automatic response from the city of Ketchikan and from South Tongass for a confirmed structure fire.”

He says firefighters arrived to find the second floor of the house engulfed in flames. Because there aren’t hydrants at the house 11 miles north of downtown Ketchikan, five tankers shuttled water from nearby to assist firefighters from three departments.

The state fire marshal’s office is investigating what started the house fire on North Tongass Highway.

This story has been updated with the victim’s identity, which was released Friday.