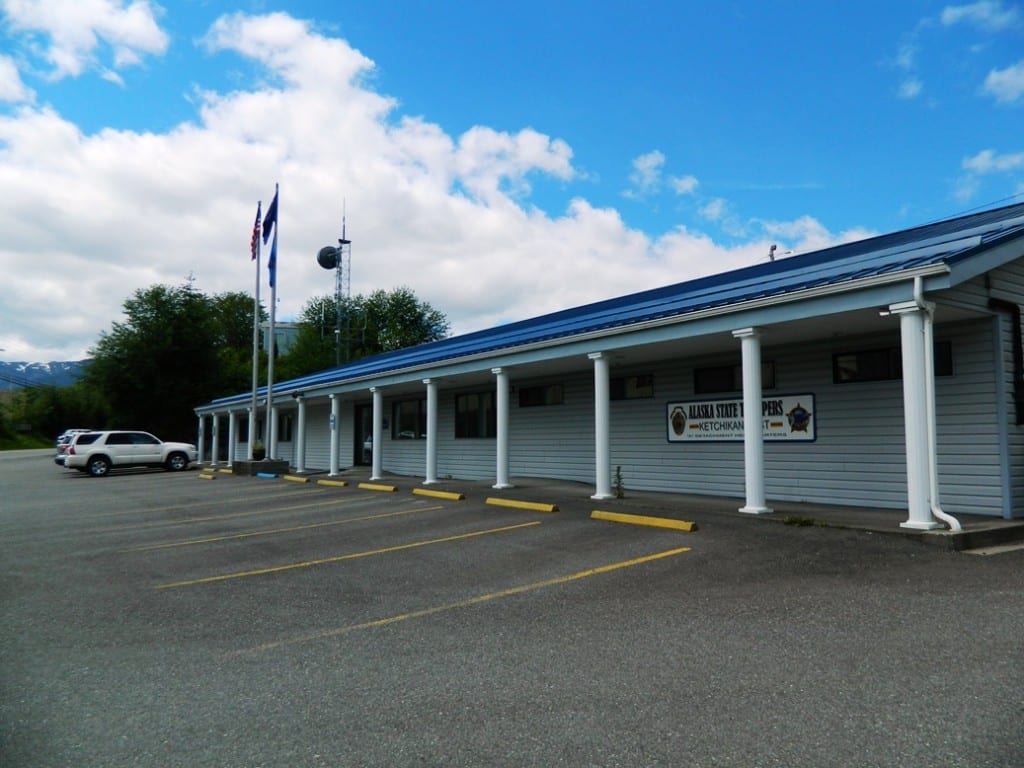 When Palmer’s acting city manager Brad Hanson pitched the idea of consolidating emergency dispatchers with the state, he said it would save the city money without compromising public safety.

“Our level of service and how calls get taken at the City of Palmer will not change for what they currently are,” he told the city council on May 12.

That’s important because a breakdown in emergency communication can be literally a matter of life and death.

The state’s consolidation plan, announced a day after the city approved the deal, would shutter regional and contracted dispatchers in Ketchikan and on the Kenai Peninsula.

It would leave two regional centers: one in Fairbanks in the north and a new dispatch center in the Alaska State Trooper’s post in Palmer handling all of Southcentral and Southeast.

But public safety veterans say leaving Southeast emergency services dependent on other parts of the state is risky.

“There is some things that make me kind of skeptical about just a one spot one for everything,” said Walt Monegan, a former Department of Public Safety Commissioner under Govs. Bill Walker and Sarah Palin.

As a member of the Walker administration, Monegan helped design a proposed consolidation of the Kenai Peninsula dispatch centers under a new purpose-built communications center in Anchorage. But that plan would’ve kept Ketchikan dispatchers in place to cover Southeast where the geography is complex with many towns only connected via water.

Flash forward to 2020: The Dunleavy administration continued to push for a consolidated communications center in Anchorage. But the legislature threatened to withhold funding for the project. It later appropriated the money, but wrote in the budget that consolidating dispatchers in Anchorage should not proceed without legislative approval.

“It was just, put a hold on the project —  their intent language — it’s clear,” recalled Rep. Dan Ortiz (I-Ketchikan). He sits on the House Finance Committee where a lot of these discussions took place. “And so, evidently, DPS said, ‘Okay, well … we’ll move it to Palmer.'”

The agency announced the Palmer plan on May 12. In a statement at the time, Commissioner Amanda Price said 80% of Alaska’s geography isn’t covered by 911 service. And even in some cases, dispatchers don’t even get basic caller ID information when the call comes in from a cell phone.

“DPS is so thankful to the community of Palmer for their partnership and support,” Commissioner Amanda Price said in a statement. “This partnership, without question, will save lives.”

Most population centers — even in Southeast Alaska — have local dispatchers from Juneau to Petersburg, to Yakutat and Hoonah.

But in Southeast villages like Kake and Angoon — which don’t have a police department — state dispatchers handle 911 calls.

Angoon relies on a Village Public Safety Officer to respond to calls for law enforcement. Under the state’s plan 911 calls would travel a 1,500-mile loop to reach the island village’s officer.

If the plan proceeds — calls from rural Southeast will travel a 1,500-mile loop from Southeast to Palmer and back again to summon local responders. That makes Angoon Mayor Joshua Bowen uneasy.

“We just had that earthquake a couple years ago up there in Anchorage and there were some communication and you know, little logistical failures going on out there,” Bowen said.

Others have raised the same concerns, including a number of mayors and first responders who signed a letter citing technical and legal concerns with the state’s consolidation plans.

Add the Alaska Telecom Association to the chorus of critics. It represents smaller phone companies some of which would need to make major investments to comply with mandatory upgrades. It warned the state in a letter last month that “several rural wireless providers would be forced to cease operation due to the extreme costs…” It asked the state to slow down and engage with local carriers to work out the details.

DPS Commissioner Price wrote back a day later accusing the ATA of “inflammatory” language. It said the agency is intent on upgrading 911 calling service to all Alaskans and the project would move ahead.

That has lawmakers who stand to lose their local dispatch centers upset.

“There has been no clear evidence displayed that indicates that the end product will be better for Southeast Alaskans,” Ortiz said.

Soldotna Republican Sen. Peter Micciche released a June 2 statement calling on the Dunleavy administration to “get back to the drawing board” and warning that consolidation puts communities at risk by potentially slowing response times in his Kenai Peninsula district and Southeast.

“There is a need for improved rural technical capabilities within the system,” Micciche wrote. “Doing so at the response expense of urban and semi-urban Alaskans, however, is not a responsible solution.”

Later that day Gov. Dunleavy announced he’d created a 10-person working group. It would study improving 911 service and his dispatcher consolidation plan and report back in September.

“We will consider the opinions of first responders, community leaders, the telecommunications industry, stakeholders and Alaskans all across the state before any final decisions are made,” Dunleavy’s statement said.

It’s unclear if that’ll affect the consolidation’s target date for early next year.

Both the Department of Public Safety and the governor’s office declined further comment.