Harmila Earth was one of many protesters carrying signs expressing solidarity between Ketchikan’s black and Alaska Native communities. (Eric Stone/KRBD)

In Ketchikan, more than 400 people turned out to all four corners at the intersection of Jefferson Street and Tongass Avenue Saturday as passersby — and even some police officers — honked in support.

Harmila Earth was holding a sign showing a black man embracing a Native American. Across the country, Native Americans are among those most likely to be killed by law enforcement. 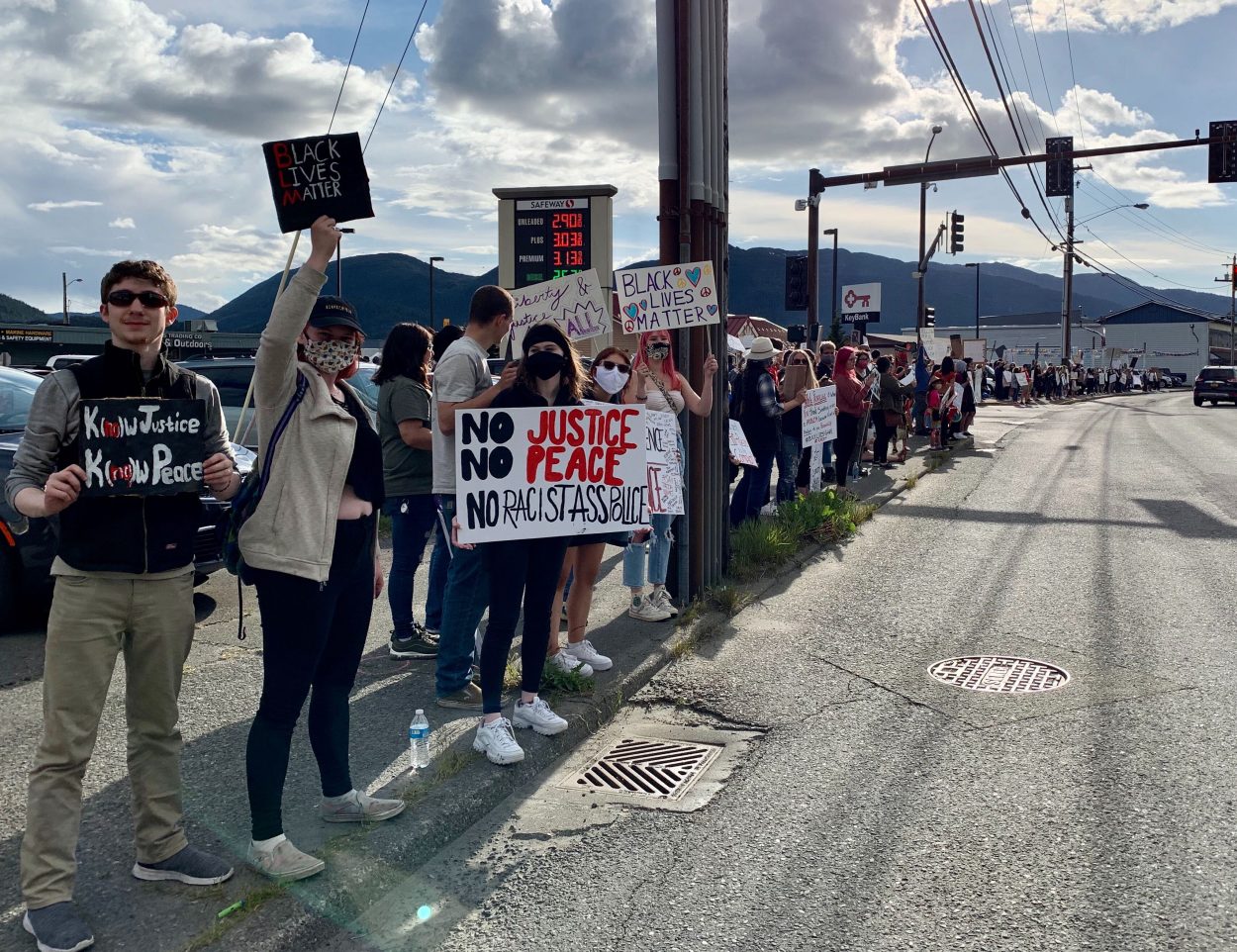 “They’re getting killed, the poor are getting killed. And just because blacks are at the top of the list right now doesn’t mean it’s not happening to a whole lot of people,” she said.

Alaska Native demonstrators turned out in force as dance groups led the crowd in traditional Tlingit, Haida and Tsimshian songs.

The demonstration spanned three blocks, some 500 feet, along Tongass Avenue. Organizers encouraged ralliers to cover their faces, even handing out disposable masks, and a majority of protesters did so.