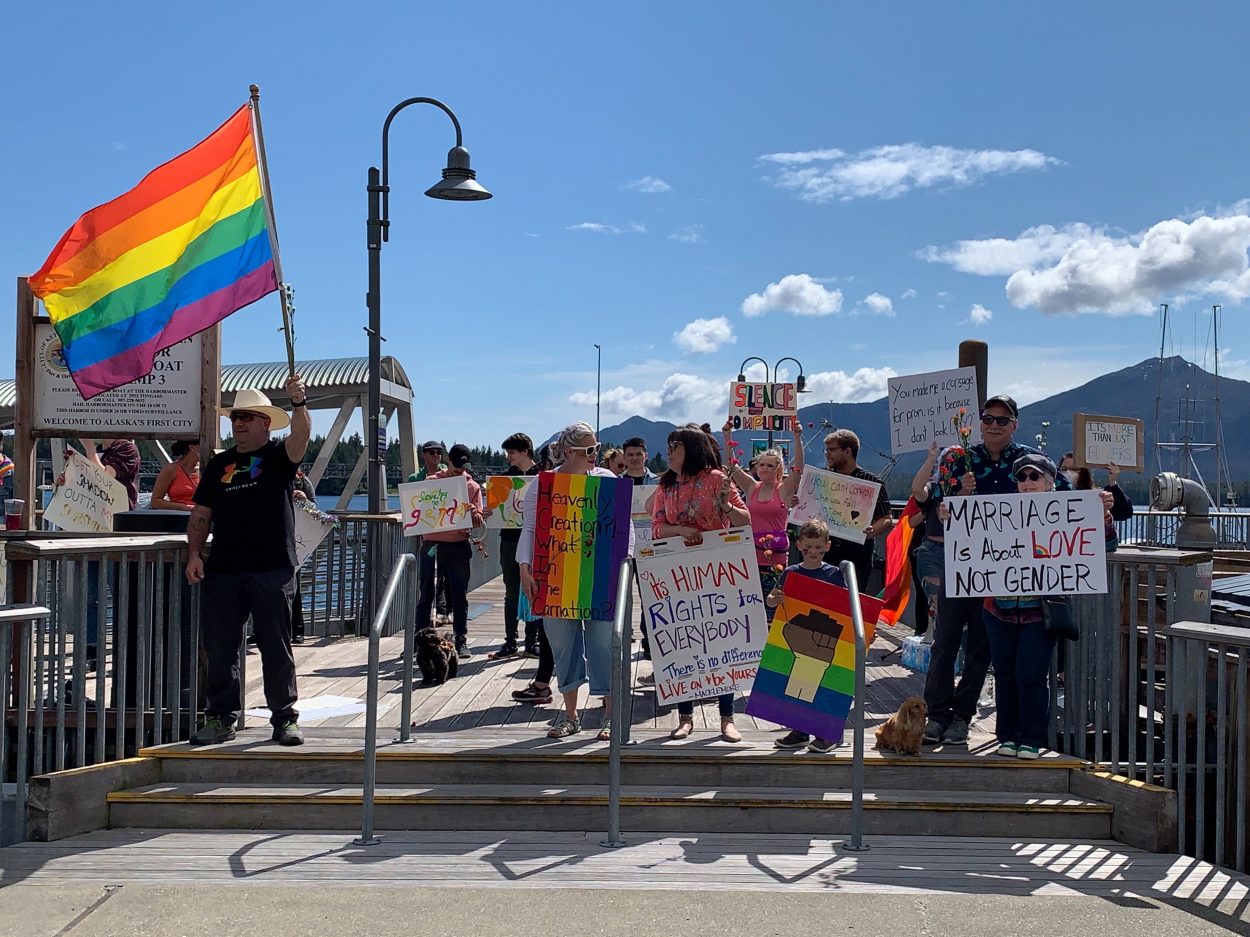 Protesters rally on June 5 outside a Ketchikan flower shop that reportedly refused to take an order for a same-sex wedding. (Eric Stone/KRBD

A proposal that would ban discrimination against LGBTQ people in Ketchikan is up for debate Thursday — about two weeks after protesters thronged a flower shop that reportedly refused service to a gay couple getting married.

Ketchikan’s proposed measure would prohibit discrimination on the basis of sexual orientation, gender identity or gender expression. That’s in addition to a number of other categories already protected by federal and state law.

The actual ordinance itself hasn’t yet been written — Council Member Janalee Gage says she wants the city’s attorney attorney to craft an ordinance barring discrimination.

This follows a major victory for the LGBTQ community.  In a 6-3 decision, the U.S. Supreme Court ruled that the federal Civil Rights Act of 1964 protects homosexual, bisexual and transgender people from discrimination at work. But that ruling’s impact on other forms of discrimination against LGBTQ people — outside the workplace — is less clear. 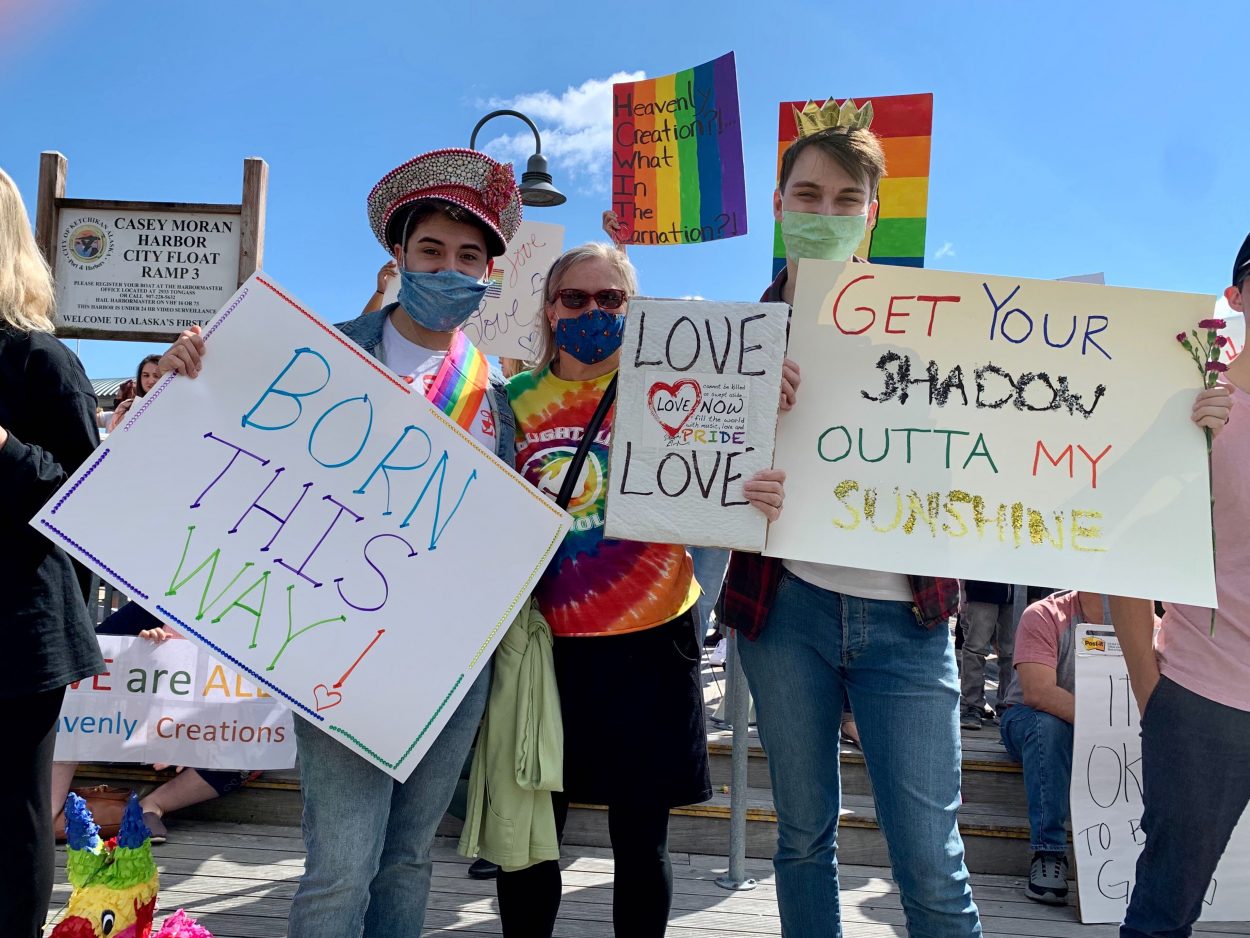 The proposal also follows a more than 100-person demonstration outside a Ketchikan flower shop that reportedly refused to serve a customer seeking flowers for a same-sex wedding. The owner of Heavenly Creations, the flower shop, has repeatedly declined to comment on the record, citing legal advice.

Standing across the street from Heavenly Creations at the early June protest, groom-to-be Tommy Varela said he hoped the demonstration would build momentum towards nondiscrimination measures.

“It’s time that Alaska catches up with some of the United States that has already passed antidiscriminatory laws. So we think that this is a perfect jumping off point. This is a perfect catalyst for change,” Varela told KRBD at the rally.

At least 21 states — but not Alaska — require public-facing businesses to serve customers without regard to their sexual orientation or gender identity. That’s according to the Human Rights Campaign, a LGBTQ advocacy group.

State lawmakers took up a bill that would enact similar protections across Alaska last year. Though it gathered a throng of co-sponsors in the House, it has yet to make it to either chamber for a floor vote.

Last year, the mayor of Fairbanks vetoed a similar nondiscrimination measure passed by the City Council. Juneau, Sitka and Anchorage all have ordinances on the books that protect LGBTQ people from discrimination.

The Ketchikan City Council will take up the question Thursday at 7 p.m. at the Ted Ferry Civic Center. Public testimony will be heard at the beginning of the meeting.

Thursday’s meeting will also be live-streamed at the city’s website and broadcast on local cable channels.