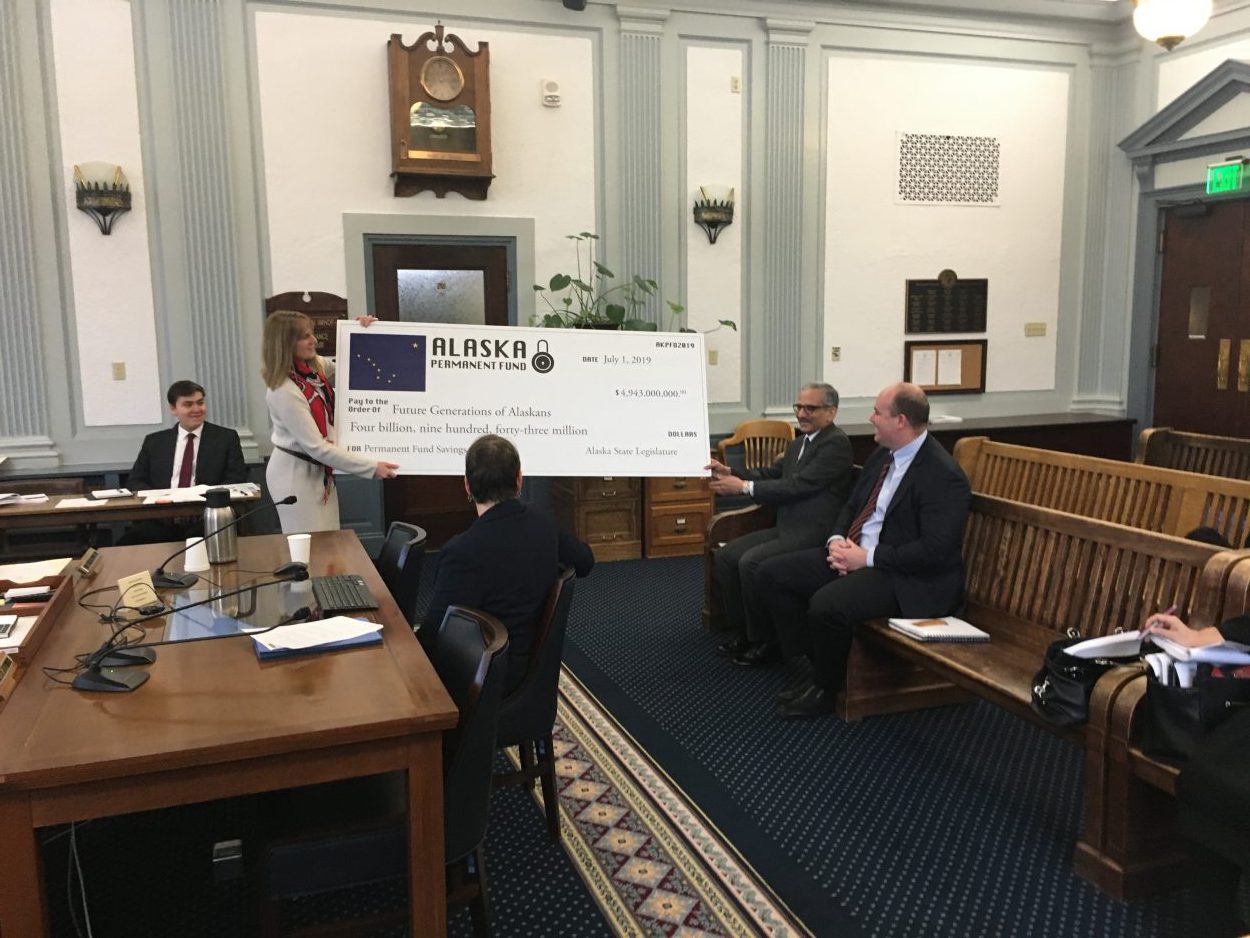 Alaskans got relatively small Permanent Fund Dividend checks this year: $992 for every man, woman and child. A Southeast senator says lawmakers squirreled away a historic amount to keep PFD checks coming in the future.

The constitutionally-protected portion of the Alaska Permanent Fund got a nearly $5 billion boost as the fiscal year drew to a close last month. Sen. Bert Stedman (R-Sitka) co-chairs the Senate Finance Committee.

“The significance is huge,” he said at a Fourth of July campaign event in Ketchikan. “It’s the biggest contribution ever that I know of into a sovereign wealth fund in North America — and maybe on the planet, for all I know.”

There are essentially two parts of the roughly $63 billion permanent fund. The first contains the bulk of the fund itself — the “corpus,” the constitutionally-protected principal. It can’t be spent without a vote of the people. Permanent Fund managers invest that money in all kinds of things — stocks, bonds, real estate, even stakes in private companies.

If the investments make money, that revenue is deposited into what’s called the “Earnings Reserve Account.” That’s where dividend checks come from. It also funds the state government.

And though protecting almost $5 billion is nothing to sneeze at, Stedman said the legislature voted to squirrel away quite a bit more — but was overridden.

“We wanted substantially more than that — double, actually more than double — but in the political process, you have to compromise and work with other members and also work with the administration, the governor,” he said.

Gov. Mike Dunleavy vetoed about $5.6 billion of that transfer. He told reporters at the time that the transfer could threaten the state’s ability to pay dividends in an amount calculated under a 1982 law.

And Permanent Fund officials have warned against moving too much out of the earnings reserve. Trustees said in a February board meeting that taking too much out of that account could make it harder to fund dividends and state services in a bear market. Accounting for the $5 billion transfer, experts estimated in February that there’s a 15% chance the unprotected portion of the permanent fund could fall to zero in the next decade.

But Stedman says he’s worried about lawmakers spending down the earnings reserve. Recent budgets have nearly drained two other state savings accounts — since 2013, the combined total of the Constitutional Budget Reserve and the Statutory Budget Reserve has fallen from more than $16 billion to about $1.4 billion. He says he wants to protect the Permanent Fund from a similar fate.

The $5 billion transfer to the protected portion of the permanent fund is the largest in its history, Stedman said — even larger than the $734 million deposit that established the Permanent Fund in 1976. (Although, with inflation that’d be around $3.3 billion today).

The transfer still leaves approximately $12 billion in the earnings reserve. That’s about four times as much as state officials plan to draw from it through next July.

The caption on the photo accompanying this story has been updated to correct the spelling of Angela Rodell’s name.