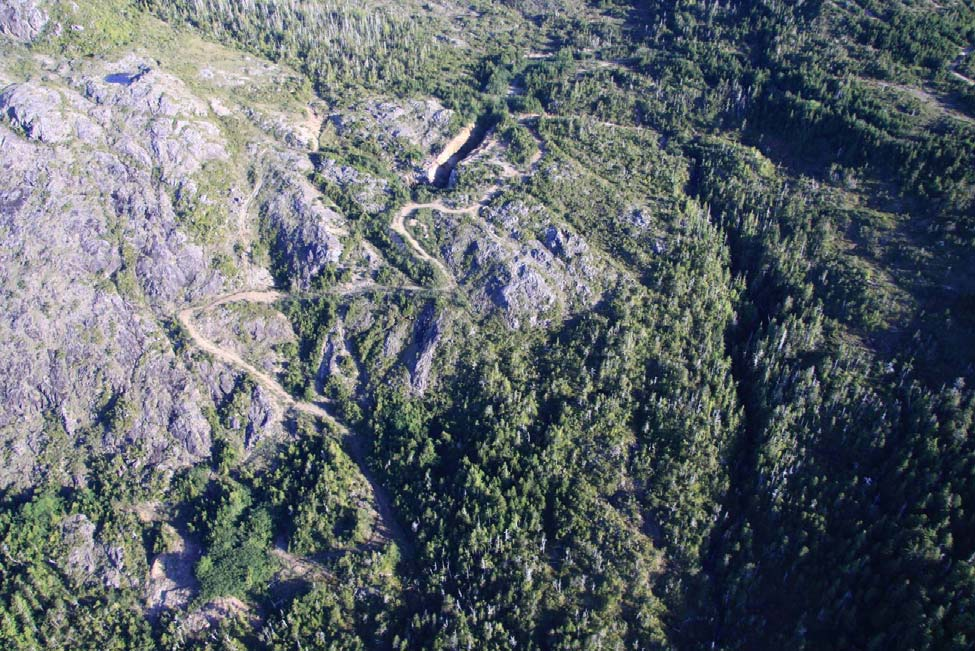 An aerial view of the former Ross-Adams Mine, an open pit uranium mine on Prince of Wales Island that was active between 1957 and 1971. (Photo: U.S. Forest Service)

Alaska’s only producing uranium mine has been idle for nearly a half century leaving a legacy of radioactive waste in the Tongass National Forest. Now, a Colorado mining company has agreed to a $7 million clean up plan for the Prince of Wales Island area that’s been in the works for decades.

The former Ross-Adams Mine lies on the slopes of Bokan Mountain at the head of Kendrick Bay. It’s relatively remote —  about 40 miles by air to Ketchikan. But its location doesn’t mean people don’t treasure the area.

“Local residents here will use that area for halibut, as an example, coming up here in the next couple of weeks,” said Eric Rhodes of the Organized Village of Kasaan. He’s the brownfields coordinator, the tribe’s point-man overseeing efforts to clean up pollution in the region.

“It is a highly used area and precious and protected for a reason,” he added.

But this area has long been used for other purposes, too. The federal government commissioned aerial surveys in the 1950s to find uranium deposits throughout Alaska to fuel the nation’s atomic reactors and build nuclear weapons. 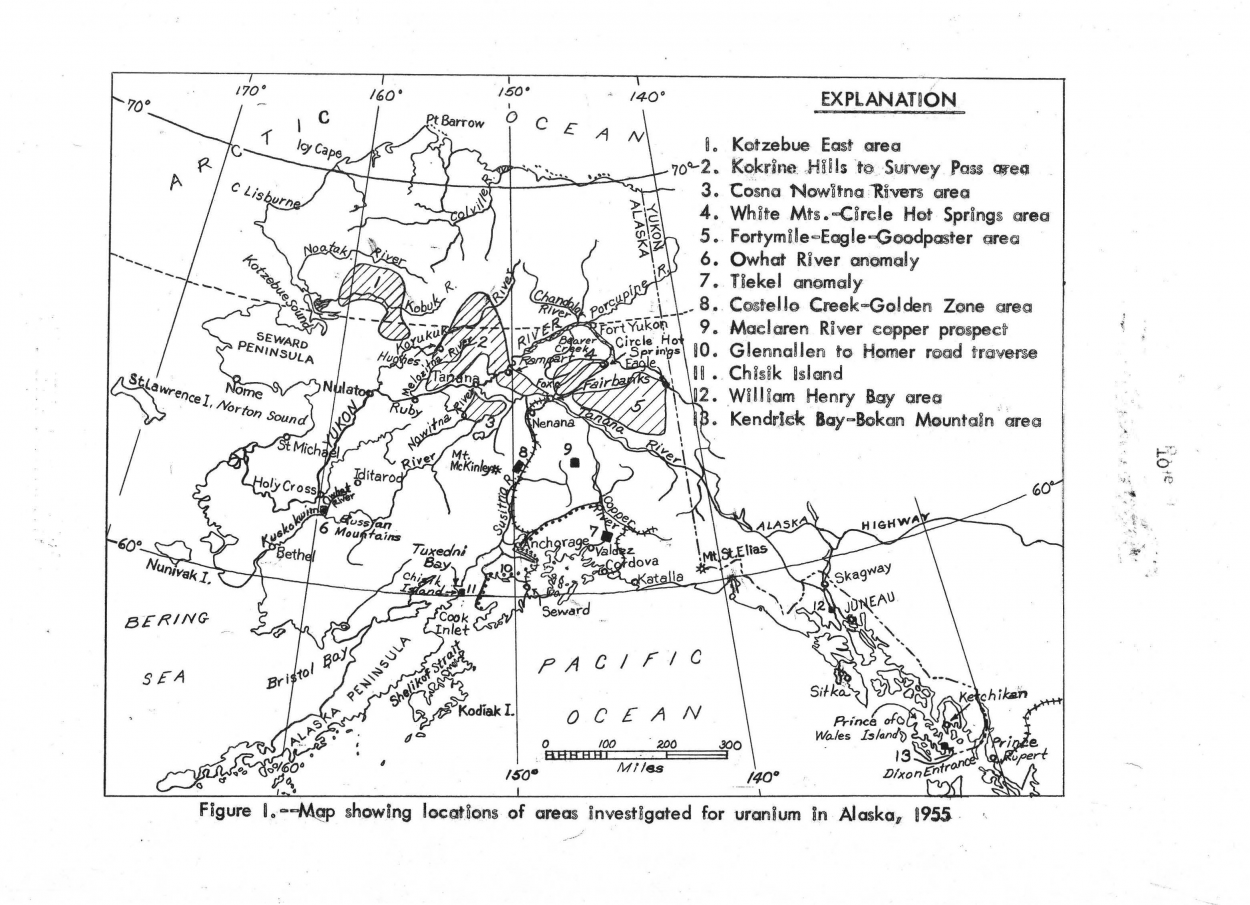 In the 1950s the U.S. government commissioned surveys looking for sources of uranium for civilian and military uses during the Cold War. (Photo: U.S. Department of the Interior)

An open pit mine was developed in 1957. It would change hands, opening and closing several times before shuttering for good in 1971.

And it’s that same open pit that the most recent operator, Newmont Corporation of Colorado, has agreed to fill in with radioactive mine debris.

Some of the old equipment and structures will need to be torn down and hauled off the island, says Linda Riddle, the U.S. Forest Service official overseeing the project.

“There’s a lot of associated debris from the mining operation,” she told CoastAlaska. “They had some trailers and buildings and lodging that, you know, they’re really falling down and they can’t really be used for anything. So all that stuff will be cleaned up and removed.”

But most of the radioactive debris will be buried and covered with a geo-membrane — essentially a heavy plastic covering to seal up the site.

This is all detailed in a 114-page consent agreement tentatively reached between Newmont Corporation — one of the world’s largest mining companies — and the U.S. Forest Service in the past year. It lays out the mine company’s final responsibilities with the site by completing the estimated $7 million clean up. It also waives more than $530,000 in costs the Forest Service says it’s incurred reaching the deal.

Cleaning up the area isn’t the only reason there’s interest in getting this job done. The state of Alaska first identified it as a contaminated site more than 20 years ago. But now there’s another mining company with interest in Bokan Mountain lending new urgency to cleaning up the radioactive waste.

Canada’s Ucore has been investing in a rare earths operation at Bokan Mountain. These are rare metals and minerals used in high tech products like smartphones and flat-screen TVs.

In 2014, Alaska’s legislature approved $145 million in low-interest bonds to help underwrite its efforts to develop a rare metals industry in Southeast Alaska.

Ucore’s New Hampshire-based Chief Operating Officer Mike Schrider says the former open pit uranium mine is about a mile away from where the Canadian mining company is prospecting.

“But because there is a haul road that goes out there and everything originates in Kendrick Bay,” Schrider said, “this is certainly going to going to help the area overall and we’re very excited about this.”

State and federal environmental regulators won’t help oversee the cleanup plan. That’s because the Forest Service has asserted itself as the lead agency responsible with making sure all relevant laws are followed.

EPA’s regional office has in the past raised concerns about this arrangement, most recently in 2018. But in a statement to CoastAlaska spokesman Bill Dunbar says EPA is pleased work is moving forward to cleanup the site.

“While the Forest Service has the authority to direct cleanups on its lands under the Superfund Law, EPA retains its authorities to compel further action if we have reason to believe additional actions must be taken to protect human health and the environment,” Dunbar wrote. “At this time, we have no reason to believe such actions are warranted.” 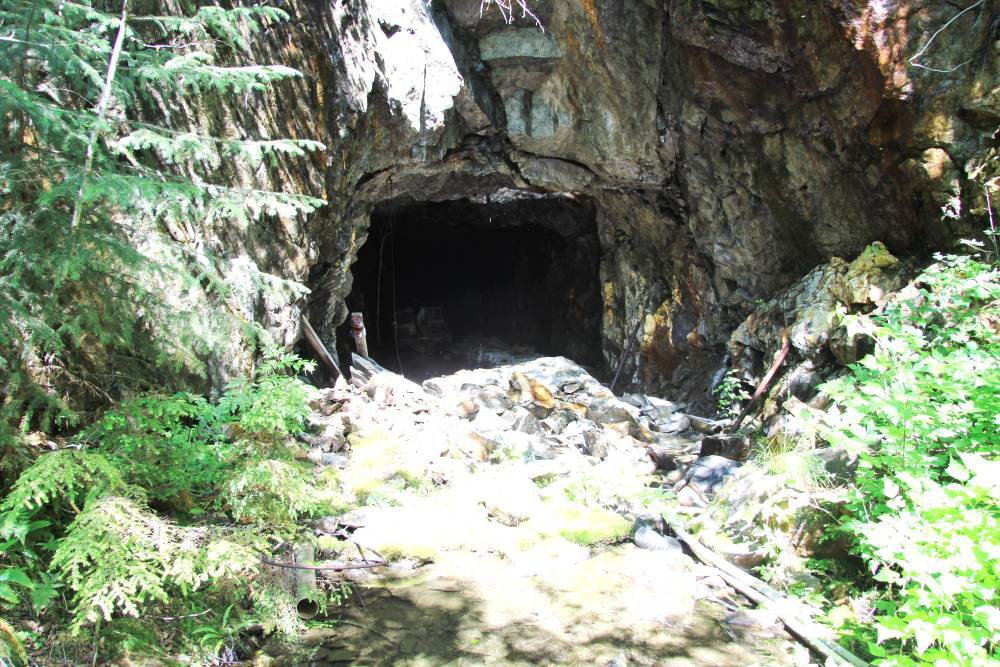 This portal to the former Ross-Adams Mine is one of three openings to be sealed to prevent radioactive waste from leaching into the environment. (Photo: U.S. Forest Service)

After the work is completed Newmont has agreed to monitor the site for three years. And state regulators say effective monitoring will be key.

Anne Marie Palmieri is a project manager for contaminated sites for the Alaska Department of Environmental Conservation. She’s been tracking this site for about 18 years and says state regulators want assurances that of the long-term success of the plan.

“There are no stipulations about how monitoring will continue,” she said. “So that’s something that we will want to know — how the Forest Service will ensure that the remedy remains protective.”

The Forest Service is taking responsibility for the site after Newmont fulfills its commitments under the plan.

And Riddle says there shouldn’t be any issues as long as the work is well-engineered and executed. A third-party engineering analysis in 2015 laid out different scenarios for the site.

“And the Forest Service selected the most robust alternative for cleaning up the material and closing the mine site,” Riddle said.

The Forest Service is accepting written comments on its proposed agreement with Newmont Corporation through August 7.

Preliminary work is expected to begin later this year.