COVID-19 reported at Juneau’s Kensington Mine 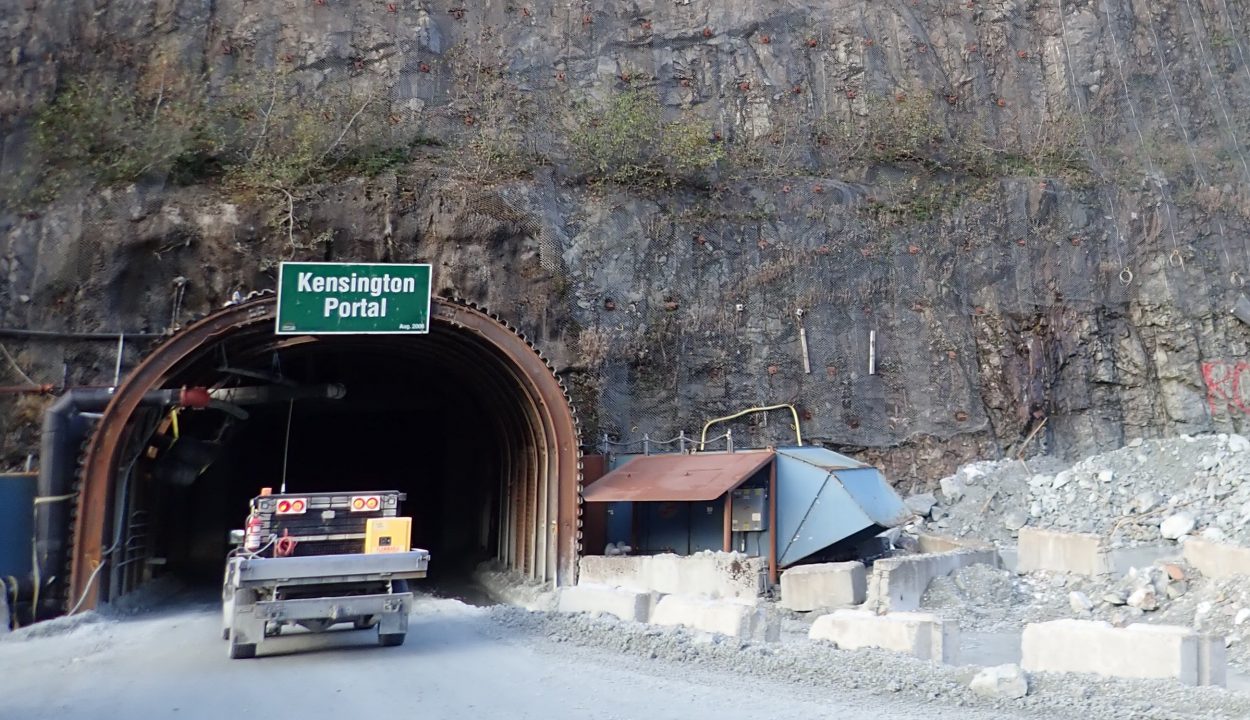 A mine vehicle enters the Kensington Portal on Oct. 15, 2019. It’s one of two accesses for a network of about 28 miles of underground tunnels. (Photo by Jacob Resneck/CoastAlaska)

Three workers at the Kensington Mine north of Juneau tested positive for COVID-19 on Monday. That’s led to Coeur Alaska’s management to order its entire workforce at the remote mine — about 200 people — to undergo testing.

“Coeur Alaska has rigorous COVID response protocols, including employee testing, that the company has implemented,” Coeur Alaska General Manager Mark Kiessling said in a statement. “The safety and well-being of our workers and the community is Coeur Alaska’s top priority.”

The trio of employees with mild symptoms — as well as a “small number” of identified as close contacts at the underground gold mine had returned to Juneau but did not need to be hospitalized, the company said.

One of the miners was reported by Juneau’s emergency office coordinator on Monday as a non-resident case. Two others have yet to be announced by local or state authorities, at least one of whom is a Juneau resident.

In March, Kensington’s workers began four-week shifts after quarantining at a Juneau hotel. That’s since been revised to also require a negative test to access the mine site. Those precautions are aimed at keeping the coronavirus out of the remote mine site that’s about 45 miles north of downtown Juneau and only accessible by air and water.

Coeur Alaska is one of Southeast Alaska’s largest private sector employees, with around 400 on its payroll. The company says operations have not been disrupted by the outbreak.

This story is being updated as new information is received.