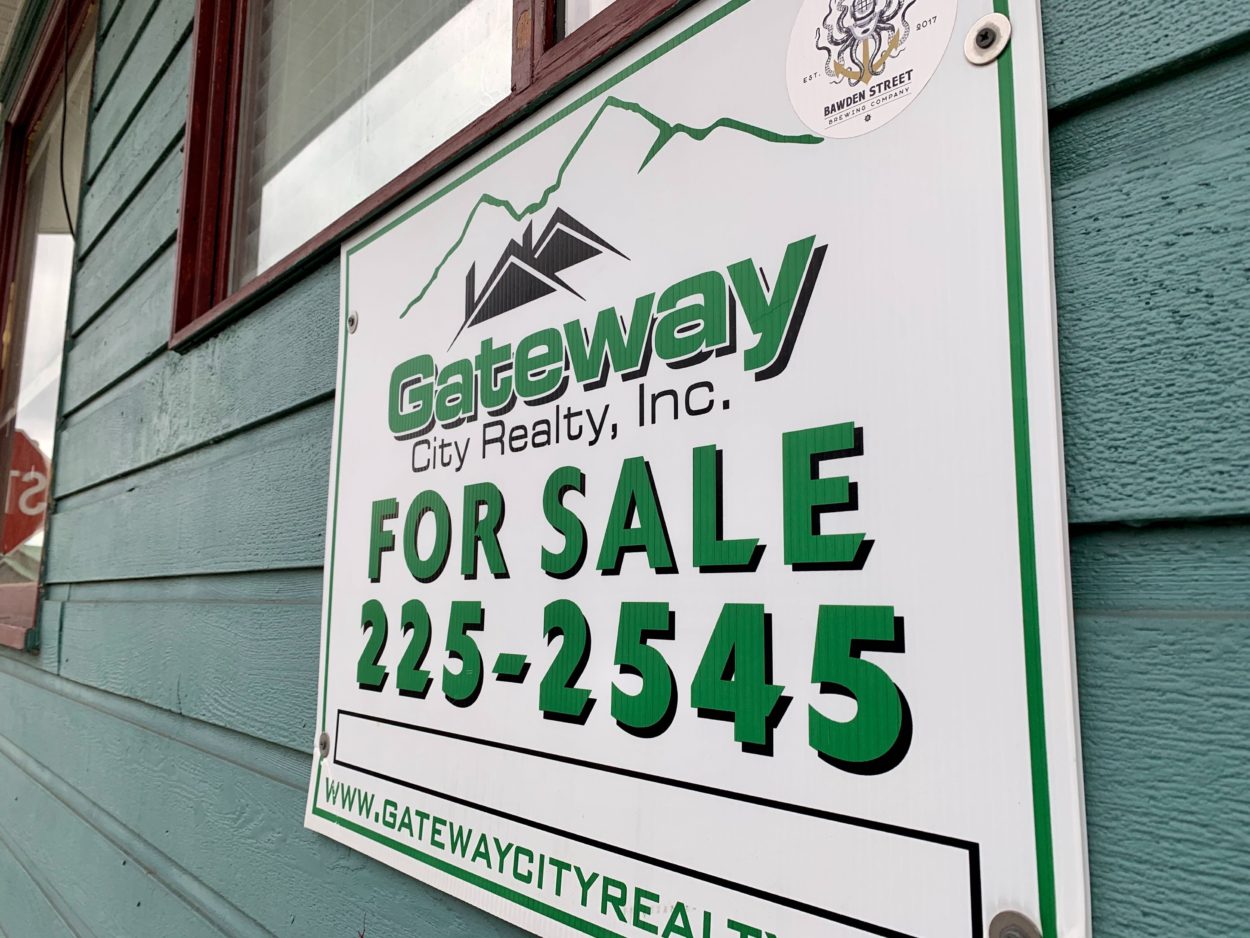 A “for sale” sign stands on a building in downtown Ketchikan Tuesday. While transactions are down for the year so far, bankers and brokers are having a busy summer with interest rates at historic lows. (Eric Stone/KRBD)

The coronavirus pandemic has been slowing down the nation’s economy, and the real estate industry has been no exception. Yet while purchases are down for the year as a whole, low interest rates and a backlog of customers during the shutdown have made bankers and brokers busier in recent months.

Mary Wanzer is a broker at Coastal Real Estate Group in Ketchikan.

“So, we really had a very slow April in May and so I think what we’re catching up, I think our market is catching up right now,” she said.

She also says activity has increased due to rock bottom interest rates.

Yet Wanzer says commercial real estate listings have remained at normal levels, despite businesses struggling as they face an economic downturn brought on by the loss of the tourist season.

While summers are typically a busy time for real estate in Ketchikan, this is not a typical summer. Wanzer says the increased activity in Ketchikan reflects nationwide trends.

Still, Matt Hagan, a vice president at Ketchikan’s First Bank, says that while the past few weeks have been busy, purchases are still down 25% for the year as a whole so far due to the lockdown in March.

Lenders are also busy with buyers and homeowners refinancing their homes. Hagan says First Bank has seen its refinance business jump 225% for the year so far.

“The real estate mortgage side of business has been absolutely on fire for us, and that’s driven by rates, rates are very, very low,” he said.

“We’re also seeing like our pending sales take, sales are taking longer to close. Because the banks are so busy, the title agencies are so busy right now,” she said.

Despite the busyness right now, Wanzer says with all the uncertainty, it’s hard to tell what this means for Ketchikan and the economy long term.