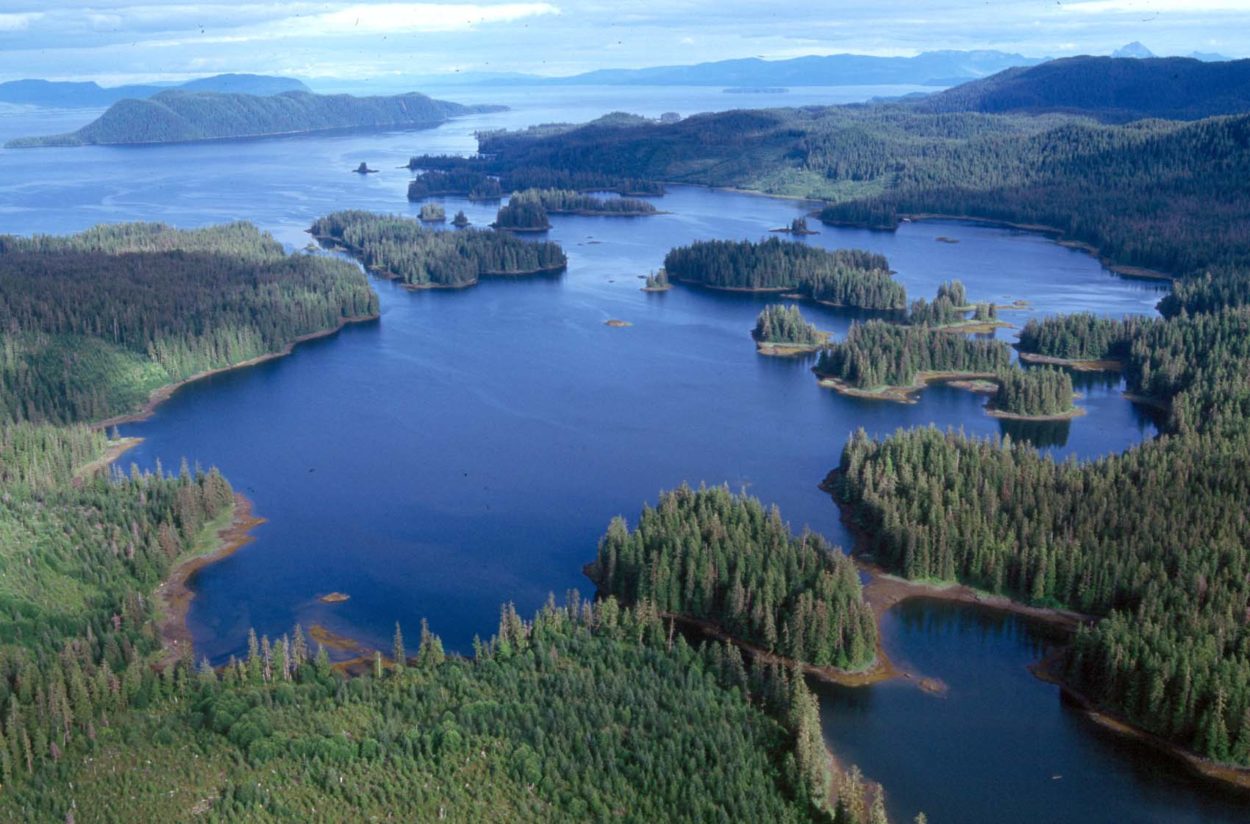 No Name Bay on Kuiu Island in Southeast Alaska in 1992. (Photo by Skip Gray/Lighthawk)

Alaska’s highest court has sided with environmentalists: The state shouldn’t have turned over a swathe of Southeast forestland to the mental health trust for potential logging.

The case goes back to the 1990s when a settlement was reached that an approximately 3,400-acre tract on Kuiu Island would be managed by the state for wilderness conservation and habitat.

But in 2009, the environmentalists say the state Department of Natural Resources began to quietly engineer a way to turn over the No Name Bay parcel to the Alaska Mental Health Trust which commercially logs in the region.

“And that’s when SEACC is like, ‘Whoa, that’s against the agreement that we have,'” said Meredith Trainor, executive director of the Southeast Alaska Conservation Council.

The group filed a lawsuit in 2013 after it learned of the state’s intentions.

On Friday, the Alaska Supreme Court released a 51-page opinion. A majority of justices rejected a number of arguments by SEACC but all agreed with a central charge: that the state violated public notice requirements when it tried to transfer the land without telling anybody.

It’s kicked the case back to the lower court to work out the details of what exactly happens next with the land.

But the bottom line, Trainor says, is the forestland around No Name Bay won’t be ceded to the mental health trust for potential clear cutting.

“Those lands provide important access to Kuiu Island for Southeast Alaskans who hunt fish and recreate there,” she added. “It also includes key habitat for wildlife from deer to marten, otter, wolf, black bear, migratory waterfowl and of course, salmon.”

A spokesman for the state Department of Natural Resources says the agency is still considering the decision.