What does live theater look like in a pandemic? Smaller casts, social distancing and elaborate masks 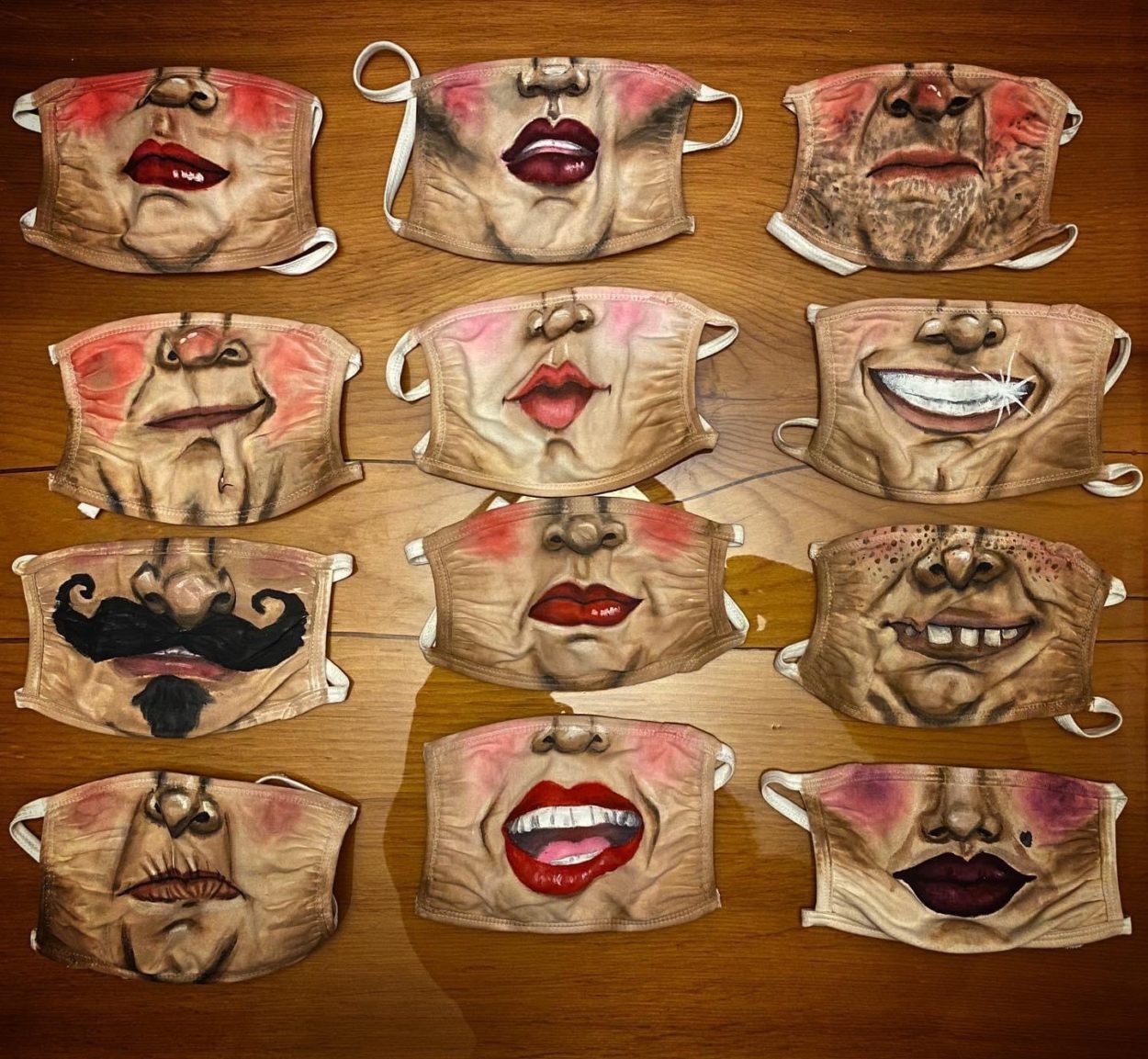 The COVID-19 pandemic has cancelled or reshaped countless public arts events. In Ketchikan, one community theater is committed to putting on its annual summer play in person. What does a live theater tradition look like while masked actors perform while socially distancing?

Fish Pirate’s Daughter is known for its absurdity. For more than 50 years, the show, put on by First City Players, has taken its audience back to Ketchikan’s early days of brothels, bars, fish traps and pirates.

The comedic play is original, written by Ketchikan playwright Bob Kinerk with music composed by Jim Alguire. It tells the story of a parent forced to steal from fish traps to pay for their daughter’s education. Meanwhile, the daughter is engaged to a federal official, tasked with catching fish pirates like her family.

The musical typically involves cast members dancing with the audience and even kissing a few foreheads. Not this year.

“While it’s going to be a show that you will recognize, in some ways, ladies and gentlemen, it may be a little bit different this year,” said co-director Elizabeth Nelson introducing the show.

“Now we think that you’re going to enjoy the show thoroughly as you do every year, however, I just need to remind you, that nobody’s going to get too close.”

Nelson has been involved with the production since the 80s. She says that this year, her biggest concern was safety.

“I don’t want to put anyone in any kind of danger, and that includes audiences. So in a, in a small space, being able to figure out how to condense the show, so that there would be no more than six people involved, and then how to make it as silly and fun as possible,” Nelson said in an interview after the show.

The answer? Masks. The cast turned another pandemic safety measure into a solution to this year’s small cast. Each character has its own mask, hand painted with different mouths and expressions to match their personality. This meant the actors not only had costume changes, but mask changes as well.

Jack Finnegan, who played the show’s villain, says that acting and singing in masks took some getting used to.

“This might sound a little unpleasant, but usually by the end of a rehearsal or a performance, the mask is pretty damp. And, you know, we also had to do a fair amount of adjusting just trying to keep them on, you know, if you’re, especially when you’re singing, you know, you’re often opening your mouth pretty wide, which can sometimes push the mask right off one of your ears,” he said.

But without the usual audience interaction and physical humor, the elaborate masks helped maintain the show’s absurd comedy.

“This is a show that does not have a serious bone in its body,” co-director Nelson said.

In addition to adapting to the masks, Finnegan says being unable to physically interact with other actors has been a challenge.

“We can’t touch each other, and so there’s, a lot of the physical gags that we would normally do either with, you know, you know, grappling each other or dancing or, you know, stage punches, or hugs or catching each other falling, all of that’s gone by the wayside. So we’ve had to be a little inventive,” he said.

The cast adapted by altering the show’s dialogue and stage directions to abide by the pandemic’s rules. Lines were changed to say things like “May I… blow you a kiss from across the room?” and “Go give your momma a big ’ol … elbow bump.” And instead of holding hands, actors held the ends of rope.

Tom Field and Allison Neterer have seen the show a few times in the past couple years, and were glad it could still happen this year. And they say that while the masks made some lines a bit muffled, the cast pulled it off.

“This versus not having it at all, it’s way better to do it this way,” Neterer said. “I wasn’t fully prepared for the masks, but when I saw all the different designs and the big smile, the changes of characters, via masks, was great,” Field added.

Nelson says that while she wasn’t sure whether the decades-long tradition would be able to happen this year, she’s had fun as co-director reimagining the show to make it work. And she says the cast has stepped up to the plate as well.

“They’ve completely risen to that challenge and are doing beautifully.”

Despite the pandemic, the show has gone on – just six feet apart, and masked.

The cast has completed two shows, and has two more Friday and Saturday at the George Inlet lodge, which is also where tickets can be purchased. And in the interest of full disclosure, KRBD’s general manager, Leila Kheiry is in the play’s cast.